What better way to learn and have fun exploring the outdoors than with a visit to a national park? The dizzying depths of the Grand Canyon, the majestic ocean vistas of Acadia, the stunning views of … Boston? That’s right! Even though an urban center like Boston may not be the first thing that comes to mind when thinking of a national park, the greater Boston area is home to over ten sites administered by the U.S. National Park Service. Though the majority of these sites are focused on preserving and interpreting sites of historic interest, the national parks of Boston also contain a number of opportunities for hiking, fishing, and even camping.

As both a history enthusiast and an avid national park visitor, I have been thrilled to have so many national park sites to explore in such close proximity to the Tufts campuses. However, with all these places to visit, deciding where to go and what to do first can be overwhelming. Having now visited each of these special sites, I have attempted to narrow down five of my favorite parks in the Boston area and provide some tips to make the most out of your visit. And the best part? Almost all national park sites in Massachusetts are free! Hopefully this will give you some inspiration and ideas for your next off-campus adventure.

Just beyond the hustle and bustle of downtown Boston is what feels like an entirely different world of peace and calm. Made up of 34 islands in Boston Harbor, the aptly named Boston Harbor Islands National Recreation Area offers opportunities for hiking, fishing, swimming, camping, picnicking, boating, and more! Catch a ferry from Long Wharf in Boston and sail out to one of the islands in as little as 30 minutes (don’t forget to show your Tufts ID for the student rate). Spend the day exploring Historic Fort Warren on Georges Island, hiking around a city dump turned nature preserve on Spectacle Island, or seeing the oldest lighthouse in the United States on Little Brewster Island.

Yes, even the famous Freedom Trail in downtown Boston is a national park site! Walk the 2.5 mile trail to see historic burying grounds, view the site of the Boston Massacre, see the meeting house where the Boston Tea Party began, tour Paul Revere’s House, and climb the 294 steps to the top of the Bunker Hill Monument. Though all sites run by the National Park Service are free, some of the affiliated museums charge entrance fees (though all offer student rates with a valid Tufts ID).

Just down the road from JFK’s birthplace is the home and studio of another notable Bostonian: Frederick Law Olmsted. Though many people are likely unfamiliar with this American landscape architect, almost everyone is familiar with his work, including Central Park in New York City and the Emerald Necklace in Boston. Tour the studio where many of the firm’s designs were drawn up and explore the beautiful grounds of Olmstead’s suburban home.

Did you ever wonder what life was like for a president before they became the commander in chief? One of three presidential birthplaces preserved by the National Park Service in Boston, John F. Kennedy National Historic Site preserves the childhood home of the nation’s 35th president. Take a ranger guided tour to learn more about the family, see the bed where “Jack” was born, and learn about the Kennedy children’s dinnertime political debates.

Perhaps my all-time favorite Boston-area park, Saugus Iron Works National Historic Site, is a faithful reconstruction of the wooden factory buildings used by European Iron Makers who came to Massachusetts in the 1600s. Explore the buildings to learn the origin of the term “pig iron,” view a blacksmithing demonstration, and hike the short nature trail along the Saugus River.

For more information on all of the national park sites in the Boston area and Massachusetts generally, please visit www.nps.gov/state/ma . 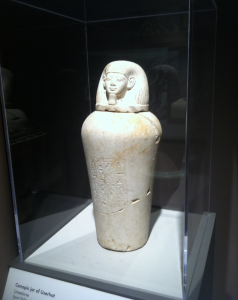 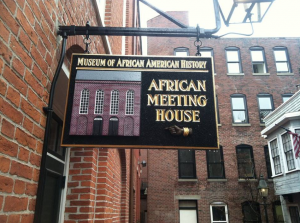 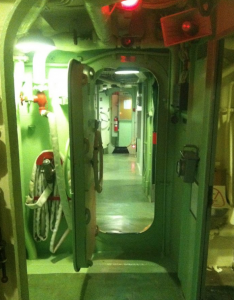