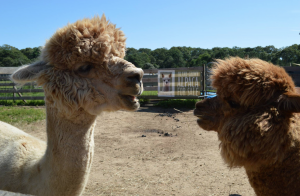 Do you find yourself feeling tired? Stressed? Overwhelmed? Do you feel the need to run away from your responsibilities? For a day? A whole weekend? Well, have no fear. There are plenty of places to visit outside of Boston that will leave you feeling relaxed and refreshed—ready for any of the obstacles that grad school decides to throw at you. Check out my top 5 day trips from Medford below!

Concord is first up on my list of day trips from the Tufts Medford campus, due to its close proximity and many historical and outdoor activities. Hop on the Concord line commuter rail at North Station and go all the way to the end of the line. Here, you’ll be brought back to the time of Paul Revere. Beautiful colonial homes adorn the streets, including the former houses of both Louisa May Alcott, author of Little Women, and Ralph Waldo Emerson, poet and author of Self Reliance. Walk around the town center, and you’ll find quaint boutique shops and restaurants. My personal favorite is The Concord Cheese Shop—go in and try some free samples! When you’re full, head out of town towards the walking and biking trails of Battle Road, the road Paul Revere, himself, rode on to warn locals that “the British are coming.” 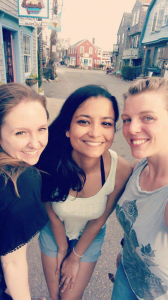 Rockport is next on my list, due it its classic New England beach-town charm. Like Concord, you can grab the commuter rail from North Station all the way to Rockport. The smell of salt water and the sounds of crashing waves will greet you upon arrival. I could (and have) spend the entire day traipsing around Rockport Center. There are a ton of boutique shops to browse in, numerous seafood restaurants to choose from, and countless art galleries to get lost in. While there, make sure to spend some time on the warm, sandy beaches with a cup (or a cone!) of homemade ice cream from The Ice Cream Store. Fun fact: part of the movie The Proposal with Sandra Bullock was filmed in Rockport. Can you figure out which scene while you’re there?

I’m grouping these next two together because I love them equally. To get to Provincetown, grab a ferry from Boston Harbor. While drifting out to sea, get ready for a day of frivolity, fun, and entertainment. Perhaps best known for its colorful nightlife, Provincetown offers an abundance of fun daytime activities as well. Like Rockport, Provincetown is awash with cute shops, unique restaurants, and beautiful beaches. If you head to Provincetown early enough, make sure to hit up Victor’s Restaurant for drag brunch—you will not be disappointed.

To get to Martha’s Vineyard from Medford, take a bus from South Station to Woods Hole, and then hop on a ferry to the island. While everything here is a bit more expensive, the scenery is worth the added cost. Beautiful beach houses adorn the coastline, with crystal clear blue waters appearing almost endless in the distance. A must-do while at the vineyard is to walk around and take pictures of the infamous “gingerbread houses.” When done, take the bus or bike on over (the island is very bike-friendly) to the island’s Alpaca Farm, Island Alpaca Company, and make a new, fuzzy friend! 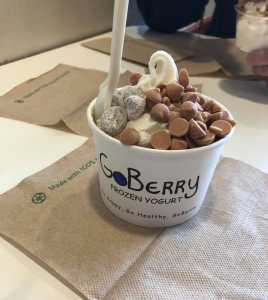 Maybe I’m biased because I went to undergrad in Western Massachusetts, but the Berkshires are my absolute favorite day trip from the Boston area. To get there, take a Peter Pan bus from South Station to Northampton. When you arrive, take a deep breath in: clean, crisp, mountain air abounds! Known for its “hipster vibe”, Northampton boasts more vegetarian and vegan-friendly dining options than I ever thought imaginable. For all of you meat lovers out there, there is also El Caminito Steakhouse which boasts Argentinian cuisine and on occasion, amazing live music. After lunch, head over to GoBerry—literally the best frozen yogurt you will ever have. I repeat—THE BEST FROYO EVER. GoBerry uses locally sourced dairy and ingredients from farms in the surrounding area, and the freshness is clear in its taste. Walk around the NoHo (Northampton lingo) town center and check out the numerous boutiques and art galleries. If you’re feeling adventurous, rent a ZipCar and head to Mt. Tom for a scenic mountain hike. 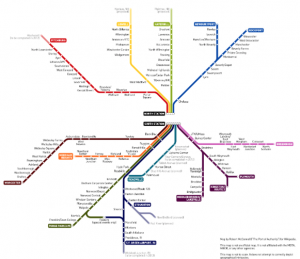 Ask any Tufts student what their go to means of getting around is and their reply will almost certainly be: “why the T, of course”! The Massachusetts Bay Transportation Authority (MBTA) is the agency responsible for providing public transportation services for the Boston area, including the subway (affectionately known as the T) as well as bus, commuter rail, and ferry systems. Though hanging out on campus is great, you’ll quickly want to get out and explore all that Boston has to offer and the T is one of the best ways to do it. As someone who uses public transportation on almost a daily basis for commuting to work, running errands, and generally having fun, I can attest to the fact that, despite the occasional delay, there is no better way to get around than on the T. Here are a few tips and tricks that I’ve learned about ways to make the most out of public transit in Boston. 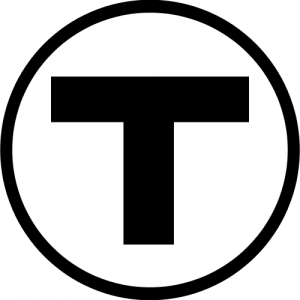 Opened in 1897, Boston’s subway system was the first of its kind in the United States. Today, the system consists of five lines (red, orange, blue, green, and silver) that run through downtown and out to the many surrounding suburbs.

The line that many Tufts students are familiar with is the Red Line, which stops at Davis Square and is just a short walk from the Medford/Somerville campus. A ride on the Red Line can take you to some of Boston’s most notable universities, including Harvard, MIT, and the University of Massachusetts at Boston, as well as the Boston Common, the JFK Presidential Library and Museum, and the birthplaces of the second and sixth presidents of the United States: John and John Quincy Adams.

The Orange Line is also a key travel route for many Tufts students as it makes stops right at Tufts Medical Center in downtown Boston. Aside of commuting to classes and work, you can also hop on the Orange Line to see the site of one of the first battles of the American Revolution at Bunker Hill, watch a Bruins or Celtics game at TD Garden, or grab a bite to eat in Chinatown.

An easy transfer from both the Red and Orange Lines, the Green Line runs through several Boston neighborhoods and is the perfect way to visit the Museum of Fine Arts, catch a ball game at Fenway Park, do some shopping at the Copley Place Mall, or get some studying done at the Boston Public Library, the second largest library in the United States! Though slightly shorter routes, the Blue Line allows for an easy escape to the beaches of East Boston while both the Blue and Silver Lines provide easy access to and from Boston’s Logan International Airport.

In addition to running the subway, the MBTA is also responsible for running buses, commuter rail trains, and even ferry boats in the Boston area. The Medford/Somerville and Boston campuses are directly serviced by eight bus routes, and within walking distance of many more, that are great for making a quick run for groceries or taking a convenient “above ground” journey to the hundreds of tasty restaurants, nifty shops, and cool historic sites in the area that just aren’t served by the extensive subway system.

The commuter rail is similarly useful for making trips from Boston to places a little further afield than those served by the subway, including Tufts’ Grafton Campus on the Framingham/Worcester Line. The commuter rail is also useful for making a day trip to see historic Plymouth Rock, take a stroll around Providence, Rhode Island, and explore the bewitching city of Salem. Of course, you can’t forget about the ferry system with boats leaving from Long Wharf in downtown Boston that can provide you with an alternative route to visit the USS Constitution, take a hike on beautiful Georges Island in Boston Harbor, and yes, even get to Logan Airport! 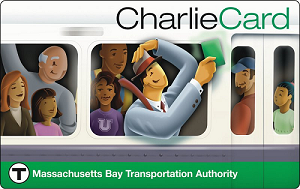 The number one necessity for taking a ride on the T is a ticket. Passes can be purchased for single-rides and short periods of time at all subway stations and multiple convenience stores near the Tufts campuses. However, many Tufts students opt to use a reloadable “Charlie Card” that can be topped up with funds as needed for bus and subway rides. Tufts also offers discounted semester passes to students for the bus and subway, commuter rail, and ferry.

Once you have your ticket, just pull up directions for the place you want to visit and away you go to explore the city! If you ever have questions or in need of directions, don’t worry! You’ll quickly find that many of your fellow “Bostonians” are willing to lend a hand and point you in the right direction. Happy travels!