It has been well over a year since I made the decision to attend Tufts for graduate school, yet I still occasionally feel the pang of homesickness hit me. I moved here from Washington state and those 2,500 miles separating me and everything I have ever known are still hard to deal with sometimes. When you come to Tufts, whether it’s from a city in Massachusetts, somewhere on the West Coast, or another country entirely, there will always be differences that make you feel like you are on an alien planet. 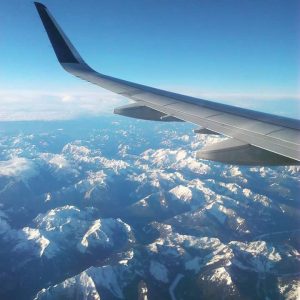 For me, the little things hit me the hardest. People stop by Dunkin’ Donuts before work rather than Starbucks, they giggle at my pronunciation of aunt as “ant”, and I am forced to say “Washington state” instead of just Washington so people don’t confuse my beautiful home state with D.C. I used to go days feeling just fine, and then someone would mention they never had earthquake drills in elementary school or they’ve never heard of Jack in the Box and suddenly the thousands of miles between me and my home became very prominent in my mind.

It is true that new experiences help you grow as a person, and Tufts has been full of those, so I have never regretted moving here. However, it is still a good idea to have coping mechanisms and strategies to deal with the move.

My first plan of action when I decided to move here was looking up where I would live. I don’t just mean knowing what my address was going to be. I opened Google Maps, searched my future address, and then hunted down every important place within a two-mile radius until I knew exactly where to find anything I would need. I looked for restaurants, grocery stores, libraries, the best places for milkshakes, parks, art studios, museums, the nearest Target, and anywhere else I thought I might need to go. I planned out routes and checked transit schedules until I was confident I could get from my front door to Stop & Shop without getting totally lost.

I also made sure I had things to make me feel comfortable in my new place. I love baking and it always reminds me of home, so I made sure I could get my KitchenAid shipped to my apartment. Baking bread or cookies or something equally carb-filled always brightens my day. Paying for your old guitar to be checked on your flight here, buying houseplants that are native to where you are from or covering your bedroom with your favorite posters may seem silly or juvenile, but you will not regret it later when you have a physical reminder of home.

My worst fear was that I would not be able to meet new people, which is often a big problem due to my anxiety. I started small, within my own department. I lucked out and met some great people right away, but it’s okay if you have to push yourself out of your comfort zone for a bit. Join some graduate groups on campus, check if any of the students in your department do trivia nights, attend an art class at a studio in town. Having people around is so important. Consistent contact with people back home through phone calls and Skype conversations are not guaranteed and are no replacement for face-to-face interaction. 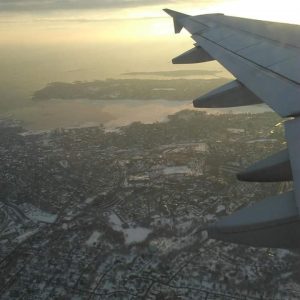 I will admit that it occasionally feels ridiculous that I get homesick. I’m an adult. I have lived on my own for years. I pay taxes. It seems as though when you get accepted into graduate school you are no longer able to feel things, because you chose to do this. I did choose to come here. I am so excited I get to be here. That doesn’t mean that it’s not hard at times. This is a huge metropolitan area, filled with new people, new food, and new weather. No matter your age or subjective level of adulthood, moving is hard. But when classes start, or you have your first lab meeting, or you find the place that makes the best pizza, some of the stress and homesickness melts away.

I’ve gone back to the West Coast four times this year, and each time taking off from the Seattle airport feels a little bit less like I am leaving my family and more like I am coming back home, where the Starbucks isn’t as good anyway and linguistic differences are a fun anecdote at parties rather than a reminder of the distance.