How can the CRISPR bacterial immune system be used to specifically and accurately edit genomes in many different organisms?

Researchers have discovered what is perhaps the smallest adaptive immune system ever described, the CRISPR (Clustered Regularly Interspaced Short Palindromic Repeats) system.  The acronym stands for the arrangement of DNA sequences within bacteria.  For a long time, these sequences had unknown function, and thus were named only for their ostensible structure.  But in the past decade, it was uncovered that the CRISPR pathway selectively destroys non-native DNA, and thus defends the host cells against foreign infection.  Not only this, but the system is able to adapt to new infections, by incorporating foreign DNA into the bacterial genome. 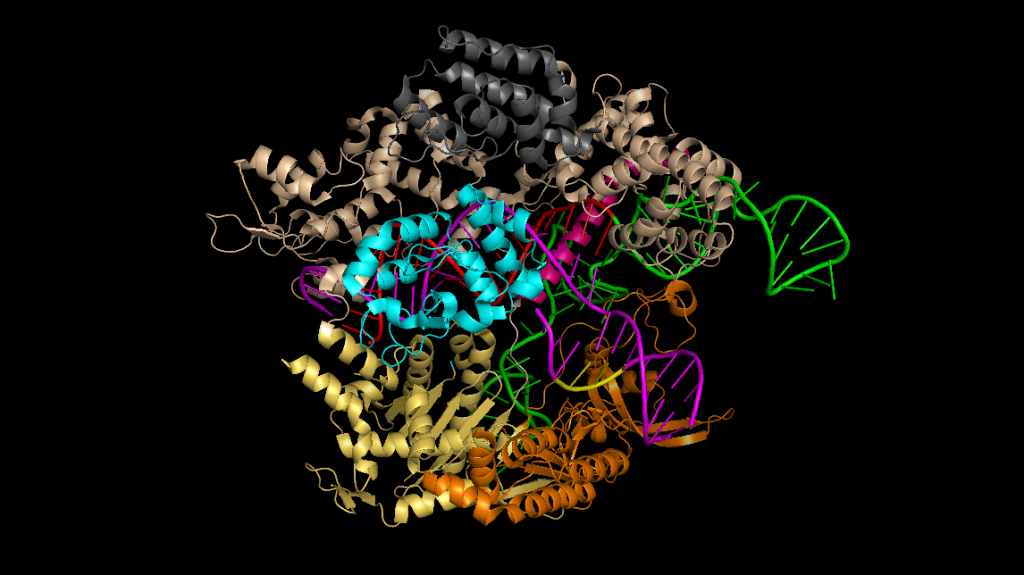 Cas9 is a protein and RNA complex that can bind and destroy specific sequences of DNA within a host cell. How can this be used for genome engineering? (Crystal image rendered from PDB: 4UN3 Anders et al. 2014.)

365 Responses to The Question