On April 14, the March for Science 2018 took place in the Christopher Columbus park at the waterfront. This year’s march was definitely smaller than last year, with a small crowd braving the cold winds on a cloudy day to attend a rally that focused largely on climate change. Despite my reservations of the possible outcomes of the march based on last year’s march and its complications, I attended the rally in support of what I believed to be an effective organizational method. However, I was bitterly disappointed. The March for Science, once again, proved itself to be futile and performative.

Much has been said and written, memes have been made and shared widely across social media in support of evidence-based policy and Science, and scientists have braved the ballot boxes in recent political races. All of this has been built around the mantras of “Stand Up for Science”, “I believe in Science”, and “What do we want? Peer-reviewed Evidence”. However, the core problem with these slogans is that they are effectively apolitical. And this is not even a new problem – last year’s March organizers were plagued by questions of why they had a diversity statement and public arguments that “Science” should not be politicized. Incidentally, at this year’s march, there were a few people gathered around a sign about Republicans supporting Science, enforcing the false dichotomy that Democrats as a political party are more likely to believe in scientific evidence. Furthermore, the rally seemed to have canvassers for liberal candidates running for various political offices, almost all on the Democratic party ticket, and some speakers openly advocating rally-goers to vote for specific candidates. But what was absent in the rally was a core political agenda, or any agenda for that matter, besides how bad Climate Change is getting and how the Trump administration is so evil.

Nowhere was there any mention of the environmental problems that the locale are facing, e.g. – Governor Charlie Baker’s bill that would privatize water bodies in MA, or the clean water crisis in the Norfolk state correctional facility where inmates have not had clean water for several months now. While MA is often lauded as a progressive state that promises carbon neutral buildings and other environmental regulations, in reality, that is not the case. For example, the city of Boston recently approved a pipeline that will bring in fracked natural gas from Pennsylvania to a luxury condominium complex in back bay. While there has been resistance from the MA administration against the Bureau of Ocean Energy Management’s plan to open up offshore drilling in a million acres in the Outer Continental Shelf, the language around the protest was framed in a NIMBY manner specifically for MA, as if oil spills anywhere else in the East Coast won’t be affecting the MA coast.

Without a coherent political agenda, it doesn’t mean anything to “Stand Up for Science” or to “Believe in Science.” This is mostly because while data itself can be neutral, study designs and interpretations/analysis of said data are not. As science historian Naomi Oreskes details in her book “Merchants of Doubt”, the same data has been manipulated by climate change deniers, who were scientists themselves. And the raison d’etre for these people were their political beliefs. Similarly, “peer-reviewed evidence” has been historically manipulated for profit motives, political gains and social beliefs that have resulted in the detriment of the human condition, in particular, those of the marginalized communities. In fact, the very idea of “Believing in Science” or considering that Science is apolitical elevates Science to an infallible and monolithic level, which undermines the very basis of the Scientific Method. Unfortunately, the consequences of such actions are already evident in the corruption of scientific research with a capitalist competitive model driving a rise in fraudulent publications of so-called “peer-reviewed evidence”. This capitalist motive further enhances the alienation between scientific fields, with certain fields that have direct output towards driving an imperialist capitalist machinery gaining more funding than some other fields.

In the last year or so, multiple scientists have come forward and braved the ballot boxes and continue doing so (the most recent example being Valerie Horsley from Yale who just gave a talk at Sackler to the CMDB program). And some of them seem to be winning as well. But it should take more than just being a scientist to win an election – the implicit assumption of being a scientist is that you will do the best for people. However, this utopian idea regarding scientists as only acting in the best interest of the people is quite frankly a naïve one. Yes, we should be electing more scientists into office, but we shouldn’t let that identity just be our standard. We should also be critically reviewing their political platforms and see if they are indeed, backed up by evidence and would act in the best interest of ALL people.

On April 14, the same day as the March for Science, David Buckel, a prominent LGBT rights lawyer and an environmental activist, committed suicide by self-immolation in Prospect Park, Brooklyn, NY. It was an act of resistance to convey the urgency of the impending doom of climate change, and an act of anguish that conveyed the pettiness surrounding the nuanced haggling of carbon tax and trading, strategies that are insufficient to bring forth the changes we need to reverse the tide of climate change. In order to do so, as scientists and individuals, and as part of a collective community, we need to acknowledge that Science, like any other human process, is vulnerable to political and economic motivations. Furthermore, any organized efforts to curb climate change or create evidence-based policy, should strive to have a coherent political agenda, to avoid being futile and performative. 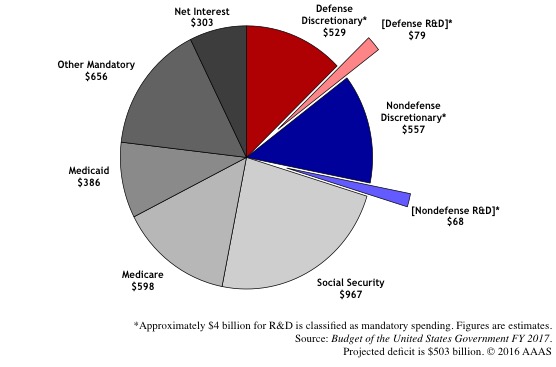