BrowZine provides direct access to the library’s electronic journals, allowing you to browse full contents of current and older issues, create a personal bookshelf, and save and download articles for offline reading. 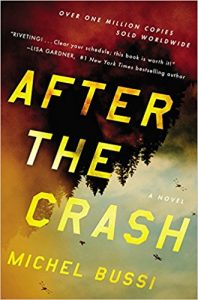 After the Crash, Michael Bussi

As summer comes to a close, make time for one more beach read with this thriller about determining the identity of the sole survivor of a plane crash in the Swiss Alps.