From 2013-2020 Professor Bratt was a Senior Research Fellow at the Joint Center for Housing Studies of Harvard University and in 2017-2018, she was a Visiting Scholar at the Federal Reserve Bank of Boston. In that capacity, she wrote five Issue Briefs on the subject of HUD/FHA guidelines pertaining to mortgagors in end-stage default and foreclosure. 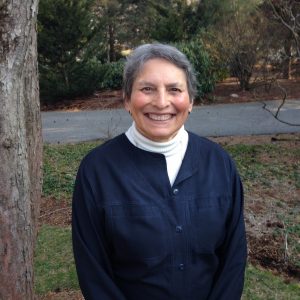 Professor Bratt earned her Ph.D. in Urban and Regional Studies from the Massachusetts Institute of Technology. Her research has focused on a range of current and historical U.S. federal and state housing policies and programs, and the role of nonprofit organizations in supplying decent, affordable housing for low-income households. She is the author or co-author of dozens of articles, book chapters and  professional reports, as well as the author or co-editor of three books including:  Critical Perspectives on Housing (1986); Rebuilding a Low-Income Housing Policy (1989); and A Right to Housing: Foundation for a New Social Agenda (2006).

Professor Bratt has been the keynote speaker at, for example, Australia’s national housing conference and statewide housing conferences in Arizona and Washington. She also has participated in scores of conferences and symposia in the U.S. and abroad.  At home in  Massachusetts, she has been active in many local and state initiatives pertaining to affordable housing.

NOTE: The photograph at the top of this page is of Rollins Square, a 184-unit mixed-        income housing development in the South End of Boston, developed by the Planning        Office for Urban Affairs, Archdiocese of Boston. Lisa Alberghini, who was the president of that organization from 2003-2019, is a former student of Professor Bratt’s. Professor Bratt does not have any direct connection to the project, but she took the photograph!