As a career sailing coach and life long sailor, Ken believes sailboat racing is supposed to be fun. His experience, accomplishments and style reflects this philosophy.

Emmet Smith joined the Jumbos as an assistant coach in the fall of 2018. Smith, a graduate of Yale University and a member of their sailing team as an undergraduate, has years of coaching experience in both interscholastic and collegiate level sailing. Before taking this position, Smith was a varsity coach at Branford High School, and was a head coach at Wesleyan University.

Smith has many accomplishments under his belt as an athlete himself, and has shown his expertise in the sport. These includes: four consecutive podium finishes at the US Sailing George R. Hinman National Team Race Championship, including wins in 2009 and 2012; two consecutive wins at the Wilson Trophy (UK team racing open championship) in 2010 and 2011 as well as a 3rd in 2018; a second-place finish at the 2011 ISAF Team Racing World Championship in Schull, Ireland, and he was invited to the 2017 US Sailing Lloyd Phoenix National Offshore Championship as tactician of ESCA overall winner Frers 33 ‘Pachyderm’. 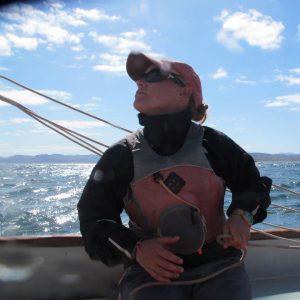