James Thomas: “The Souls of Jews?”

“The Souls of Jews? Du Bois, Double Consciousness, and the Jewish Question” is an examination of Du Bois’s writings and reflections which reveal that the specter of 19th century Western Europe’s ‘Jewish question’ haunts his concept of double consciousness. Du Bois’s time as a student at the University of Berlin, and his exposure to German antisemitism, provide important ‘roots’ and ‘routes’ for his theorizing of Black double consciousness in the United States. Attending to this important but to date missing context within Du Bois’s intellectual development provides fruitful ways to consider a comparative framework through which to better theorize the relationship between what are often treated as distinct racial projects: Wester European antisemitism and American anti-black racism. 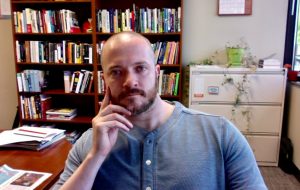 James M. Thomas (JT) is Associate Professor of Sociology at the University of Mississippi, and a 2017 W.E.B. Du Bois Residential Fellow at the University of Massachusetts at Amherst. His research and teaching center the causes and consequences of race, racism, and inequality. He is the author or co-author of four books, and over twenty peer-reviewed journal articles, book chapters, and invited essays. His last book, Are Racists Crazy (NYU Press, 2016 with Sander L. Gilman), traces the ideas of race and racism as psychopathological categories, and examines 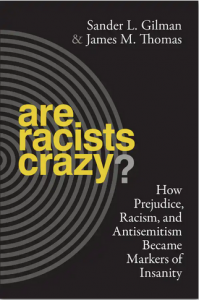 how assertions about race and madness became embedded within disciplines that deal with mental health and illness. His current research project examines the writings and reflections of W.E.B. Du Bois in order to consider the role antisemitism has in shaping Du Bois’s program for the study of race and racism.