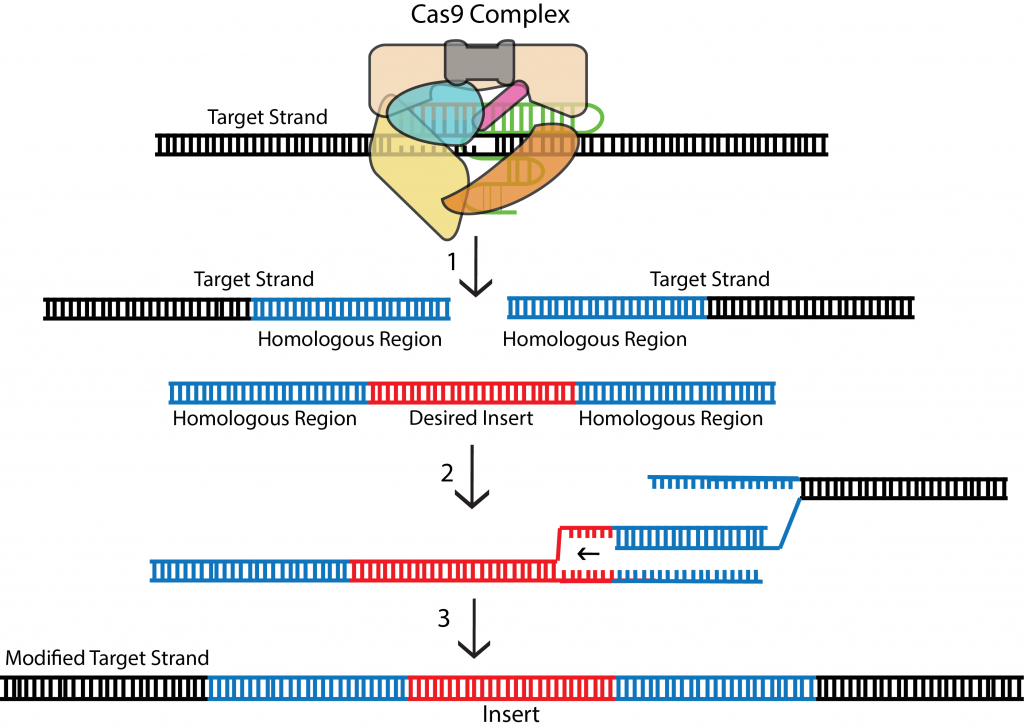 Following the RNA-guided cleavage of a specific site of DNA, the target cell will also be given large quantities of a donor template.  This donor template has the desired insertion or modification, flanked by segments of DNA homologous to the blunt ends of the cleaved DNA.  Thus the natural DNA-repair mechanisms of the cell can be used to insert the desired genetic material, editing the genome of a target cell with high-precision.  Genome modification carried out in this way can be used to insert novel genes, or knock out existing genes (Mali et al. Feb 2013).