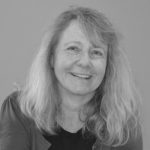 Julie Dobrow is a Senior Lecturer in the Department of Child Study and Human Development and a Senior Fellow in Media and Civic Engagement at Tisch College, Tufts University. She has written for both academic and popular publications on topics relating to her research on children and media. She’s also a biographer who has written on 19th century women; her book After Emily:  Two Remarkable Women and the Legacy of America’s Greatest Poet, will be published in 2018 by WW Norton. Dobrow earned her AB from Smith College in anthropology and sociology, and MA and Ph.D. degrees from the Annenberg School for Communication at the University of Pennsylvania. 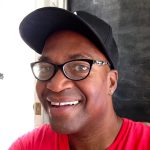 Calvin “Chip” Gidney is an Associate Professor in the Eliot-Pearson Department of Child Study and Human Development. Chip teaches courses in children’s language development, bilingualism and bilingual education, children’s language disorders, and the Department’s introductory course in child development. Dr. Gidney’s research focuses on the sociolinguistics of children’s animated television. Dr. Gidney’s interest in children’s television and film extends beyond just his research. He has served on the advisory boards of several children’s television shows including the critically acclaimed bilingual children’s program, Maya and Miguel, and the educational show Word Girl. Dr. Gidney received his AB from Harvard University in Russian and Soviet Studies, and MS and Ph.D. degrees in linguistics from Georgetown University. 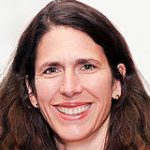 rton is a Professor of the Practice in Film at Tufts University.  As a filmmaker, she helms the independent film company Five Sisters Productions. Her films include Kings, Queens, & In-Betweens (a documentary on gender, identity, and drag, 2016), The Happiest Day of His Life (MTV/Logo) and Manna From Heaven (MGM/SONY). Corporate projects include the “Your Ford Story” campaign of mini-documentary commercials for Ford Motor Company and film/storytelling workshops for L Brands, Inc. Working with Tufts student filmmakers, she has produced the Half the History project, a series of short films on women in American history, and Old Guy, a comedic take on ageism in the media. Her publications include Call and Response: Key Debates in African American Studies (W. W. Norton), co-edited with Henry Louis Gates, Jr., and The Prize Plays and Other One-Acts: Zora Neale Hurston, Eulalie Spence, Marita Bonner, and Others (Macmillan/G.K. Hall). Burton earned her Ph.D. from Harvard University in English and American Literature, writing her dissertation on hope in American literature and film. 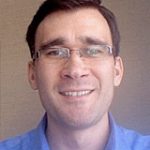 Paul Muentener is an Assistant Professor of Psychology and Director of the Cognitive Development Laboratory at Tufts University. He earned his Ph.D. in Psychology from Harvard University in 2009, and his B.A. from Georgetown University in 2004. Following his Ph.D., Dr. Muentener served as a postdoctoral fellow at M.I.T.’s Brain and Cognitive Science Department and was a Simons Fellow at the Simons Center for the Social Brain. Dr. Muentener is broadly interested in conceptual development, studying how children develop intuitive theories about the physical, social, and biological world and use these early beliefs to explore their environment.  Current research projects include studies on children’s causal reasoning about object mechanics, human actions, and body size, the development of exploratory play, and how language facilitates early causal reasoning.  He is also interested in how children’s early intuitive beliefs interact with increasingly present media and technology in early childhood, such as robotic toys, cartoons, and other screen media. 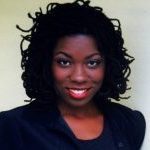 Monica White Ndounou is an Associate Professor of Theater and the 2017-2018 Sony Music Fellow at Dartmouth College. She is the President of the Black Theatre Association (BTA), a focus group of the Association for Theatre in Higher Education (ATHE) and the founder of the Pay-It-Forward All-Career Level Mentorship Program.  Her interdisciplinary research projects span a broad range of topics. Dr. Ndounou’s award-winning book, Shaping the Future of African American Film: Color-coded Economics and the Story Behind the Numbers (Rutgers University Press, 2014), received the 2016 Distinction Honor from the Southern Conference on African American Studies, Inc. (SCAASI).  The project identifies the intersection of race, culture and economics as the critical site for determining the future of African American film according to narrative, production, marketing and distribution patterns of nearly 2,000 original films and cinematic adaptations featuring African Americans since 1980.  Professor Ndounou is currently working on several projects including but not limited to a book, documentary film and digital archive exploring black American contributions to developing acting theories and practices. Recognizing the significance of the symbiotic relationship between black performers and audiences, the project examines the role of double consciousness and various black perspectives and experiences, as well as cultural traditions in training, performance and behind the scenes.  Dr. Ndounou is working with various organizations to spearhead the charge for an overhaul of theatre training programs throughout the United States and abroad in an effort to ensure theatre training curricula more accurately reflects the demographics of the nation and the larger world.

Kathy Manning Robinson is a student in the Ph.D program at the Eliot-Pearson Department of Child Study and Human Development. She holds a Bachelor of Arts in Psychology and Spanish from Gettysburg College, a Master’s Degree in Technology, Innovation, and Education from the Harvard Graduate School of Education. She has worked as a classroom teacher, a curriculum developer, and in professional development for educators. 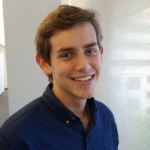 Griffin Quasebarth is a senior analyst on the kid’s team at Insight Strategy Group, a New York research and strategy firm that specializes in media and branding. A recent Tufts graduate (A’15) with a B.A. in Child Study and Human Development and a minor in Communications and Media Studies, Griffin worked as a researcher and coordinator in the Children’s Television Project’s first and second round of content analysis, using this data as the basis for his senior honors thesis. He also collaborated with fellow graduate Deb Frank to create an original children’s cartoon inspired by findings in the CTV Project. Griffin is a staunch advocate for CTV’s goals and wholeheartedly believes that children’s media can change the way kids see the world. 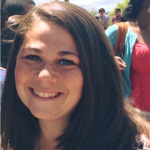 Deb Frank is a production coordinator on Arthur and other projects in the Children’s Programming department at WGBH in Boston. She’s a recent Tufts graduate (A’15) with a major in Child Study and Human Development and a minor in Communications and Media Studies. During her time at Tufts, she worked as a researcher for the first round of CTV coding, and later completed an honors thesis on the content analysis data. She also collaborated with Griffin Quasebarth on developing an original children’s cartoon to implement some of what they learned working on the Children’s Television Project. Deb is thrilled she is still living in the Boston area and able to continue contributing to the CTV team. 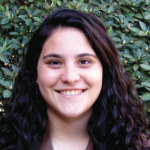 Sarah Pila is a third year doctoral student in the Media, Technology, and Society program at Northwestern University, working in the Center on Media and Human Development with Ellen Wartella. Her research interests focus on the benefits of prosocial and educational media for young children. Before starting at Northwestern, Sarah earned her Master of Arts degree in Child Study and Human Development from the Eliot Pearson department of Child Study and Human Development at Tufts University. While at Tufts, she worked as the project manager for the Children’s Television Project and completed her masters thesis using data from the first round of content analysis coding. Even though she’s currently in the central time zone studying at a different university, Sarah is proud to be a frequent collaborator with the Children’s Television Project and firmly believes in the mission of the project. 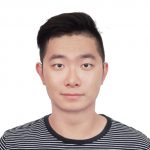 Yuchen Hua is a second year graduate student in the Department of Child Study and Human Development and a Research Coordinator of the Children’s Television Project. With a B.A. in Psychology, his research interests focus on investigating the positive and negative health impacts media can have on children’s development, and translating the research into practical guidelines to parents and practitioners. Yuchen is currently working as a student intern at the Center on Media and Child Health (CMCH) at Boston Children’s Hospital. 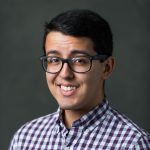 Kyle Paul is a senior at Tufts University, majoring in Child Study and Human Development as well as Film and Media Studies. He has contributed to the CTV Project since his sophomore year and is currently pursuing an honors thesis on high school students’ awareness of Native American representation in mainstream media, particularly film and television.