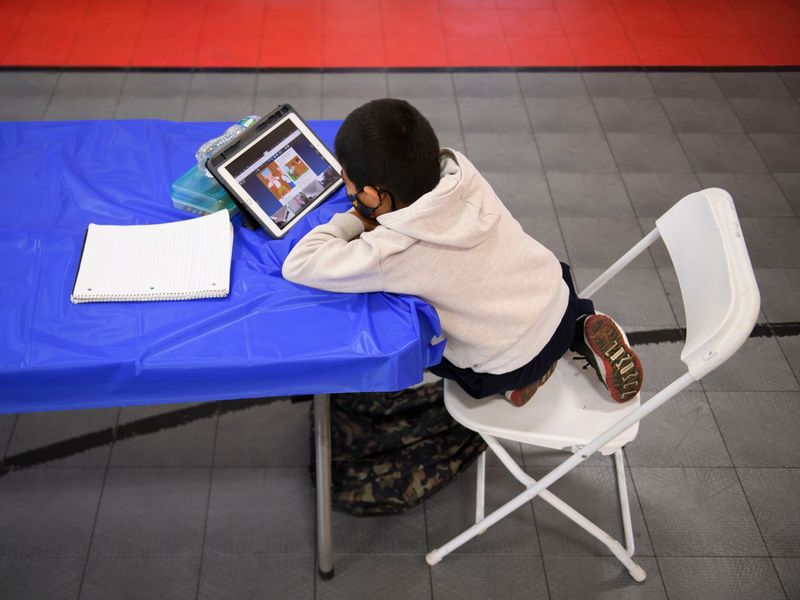 According to Bhaskar Chakravorti, Dean of Global Business at The Fletcher School and Director of Digital Planet, internet access is infrastructure, but fixing the patchy U.S. system is going to take more than $100 billion.

President Joe Biden’s $2 trillion infrastructure plan is smart to look beyond ports and potholes. But I worry about the part of the plan aimed at expanding broadband. It’s both too ambitious and not ambitious enough.

Make no mistake, broadband is infrastructure. It’s unacceptable that American schoolchildren have to piggyback on the Wi-Fi provided by fast-food restaurants to submit homework, and and adults have uneven internet access as they hold down remote jobs, apply for jobs, or make Covid vaccine appointments. The problem needs fixing — and soon.

But the Biden plan doesn’t ask for enough money to fix it. It proposes a $100 billion budget over eight years to close America’s digital divide, similar to a parallel bill in Congress. These proposals are predicated on an incorrect FCC mapping of the country’s digital infrastructure that estimates that there are “fewer than 14.5 million” people who lack broadband internet access. The estimate is so far off the mark that the current acting FCC chair, Jessica Rosenworcel, has acknowledged it and commissioned a proper mapping of broadband nationwide.

A more reliable count by an independent research group, BroadbandNow, estimated that 42 million Americans were without broadband and they live in both rural and low-income urban areas. Moreover, the Biden plan calls for “future-proof” broadband, as America’s current broadband standard measured in internet speeds is already out-of-date. The broadband standard is a minimum download speed of 25 Mbps. In Denmark, the average actual download speed was almost 5 times faster; in Switzerland and South Korea, it was over 4 times faster. Taking all of this into account and applying the FCC’s cost structures, my research team estimates the budget needs to be at least $240 billion — more than double the current target. An inescapable conclusion is that the plan’s budget is not ambitious enough and has a budget shortfall of $140 billion.

For Pride Month, Digital Planet investigates the degree to which LGBTQ+ community finds solidarity among STEM fields. Analysis reveals the share of workers who express their identity as or affiliation with the LGBTQ+ community on their resumes is smaller among STEM graduates than college graduates overall. Women in STEM were twice as likely as men to profess an affiliation with the gay community on their resumes. Younger STEM candidates display a higher rate of LGBTQ+ affiliation than their older colleagues but still significantly trailed younger college graduates overall.

How did Twitter react to the Roe v. Wade leak from the Supreme Court? What does this mean for abortion rights in America?

We present Progress to Digital Parity—an interactive scorecard that tracks the journey towards realizing the goal of a digital economy for everyone, everywhere.

The needs of the global sustainable development agenda are both broad and urgent, and innovation models are central to addressing them in a timely, efficient, and scalable manner, from promoting inclusive growth and ensuring the longevity of natural resources to addressing issues across the state of the human condition.

Despite significant strides in college attainment, Black people in America face multiple obstacles in their pursuit of rewarding, lucrative careers. Even among Black professionals holding some of the most marketable degrees (STEM), highest-paying and highest-growth jobs in the technology sector remain elusive.