False narratives about voting in the midterm elections proliferated on the platform, which has shed half its employees since Mr. Musk bought the company last month. 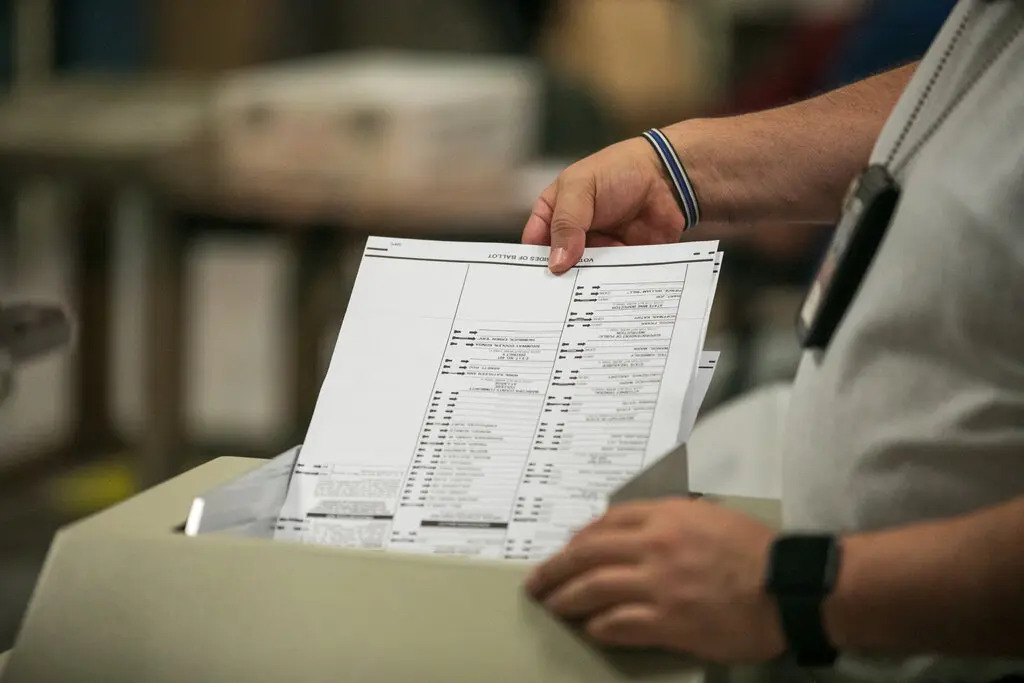 Before the sky had fully lightened in Arizona on Tuesday morning, one of the most pervasive false narratives of the midterm elections was already spreading on Twitter.
More than 40,000 tweets about malfunctioning voting machines in the state’s Maricopa County were posted in the span of two hours in the morning, according to the Election Integrity Partnership, a coalition of online information researchers. Nearly 19,000 tweets specifically mentioned Maricopa alongside terms like “fraud,” “cheat” or “cheating,” according to the research group Zignal, which were references to the debunked belief that the glitches were the first signs of widespread voter fraud.
As the day went on, unfounded claims about hiccups at other polling places around the country, bad advice about voting protocol and incorrect assumptions about assorted anecdotes and footage circulated widely on Twitter, which Elon Musk, the world’s richest man, took ownership of last month.

The midterms were the first test of Mr. Musk’s Twitter and how it would perform in combating misinformation and toxic speech since he slashed 50 percent of the company’s staff last week in a cost-cutting purge. And while viral falsehoods have become a hallmark of modern elections on most online platforms, the quality of content on Twitter on Tuesday was worse than it should have been, researchers said.

“There are definitely things we’re seeing today that would not have been there if this whole Elon Musk takeover had not happened,” Bhaskar Chakravorti, the dean of global business at the Fletcher School at Tufts University, said on Tuesday. “Just in the past 24 hours, there is more talk of election fraud rising up to the top.”

More than any other platform, Twitter on Tuesday displayed “a significant rightward shift” in the narratives that gained traction — a transition that began this spring when Mr. Musk first expressed interest in acquiring Twitter, said Mr. Chakravorti, who is also the chair of Tufts’s Digital Planet technology research program. The movement was caused partly by a perception that Mr. Musk, never one to be told what to do, was almost like “a pied piper for extending boundaries,” Mr. Chakravorti said.
He added, “this platform is extremely vulnerable because you’ve lost a massive amount of human capital that was already standing at the gates of the content fortress and not doing their job particularly well.”
Twitter did not immediately respond to a request for comment. On Wednesday, Mr. Musk, who has described himself as Twitter’s “complaint hotline operator,” said he was open for gripes.

“Complaint hotline operator online!” he tweeted. On Tuesday, misinformation researchers tried to get Twitter’s attention to take down unproven rumors and lies. Yosef Getachew, the media and democracy program director of the pro-democracy advocacy group Common Cause, tweeted that “a few super spreaders have been spreading election disinformation narratives throughout the course of the day” and that “not only have these tweets not been removed but many have gone viral, potentially misleading and confusing voters.”

A few super spreaders have been spreading election disinformation narratives throughout the course of the day on @Twitter. Not only have these tweets not been removed but many have gone viral, potentially misleading and confusing voters.

Unfounded speculation about rigged voting in Maricopa began heating up after Charlie Kirk, a conservative radio host, tweeted a video that showed a poll worker telling voters outside a polling station that two ballot tabulators were acting up. The video has been viewed more than four million times.
Voters had the option of staying until the tabulators resumed normal operation, going to another one of the county’s 223 voting centers or depositing their ballots for manual counting in a secure drop box. Local officials acted quickly, posting a video to Twitter explaining the situation. The video has been viewed fewer than one million times. Officials later tweeted that they were sending technicians to fix faulty printer settings on the machines.

But the messages were largely engulfed by an onslaught of conspiratorial posts that continued to multiply on Twitter, seemingly impervious to fact-checks. Kari Lake, the Republican nominee for Arizona governor, advised her 583,000 Twitter followers that leaving for another polling place would likely keep their vote from counting. Her claim was debunked by elections officials, who said voters just needed to check out with a poll worker at the original location to return the issued ballot.

Maricopa’s Twitter account also hit back at a tweet from Mr. Kirk that claimed there was a minimum wait of two hours at most polling places in the county, which he described as a “traffic jam by design” that “Democrats running elections here knew” would happen. The county, whose board chairman and recorder are both Republicans, wrote that “no part of the tweet below is accurate,” with wait times under 30 minutes at the vast majority of vote centers.
But by the end of the day, the Maricopa misinformation contagion had spread across Twitter and beyond. It was further fueled by podcasts, right-wing publications and fringe platforms, alongside increasingly aggressive calls for protests, recalls and arrests. Jack Posobiec, a far-right commentator, wrote on Truth Social that the Guantánamo Bay detention center “has openings for the people behind the Maricopa County disaster.”
Other dubious claims also made the rounds on Twitter on Tuesday.

Kristina Karamo, a Republican who ran unsuccessfully to be Michigan’s secretary of state, told her Twitter followers that a software glitch in Detroit was actually evidence of voting fraud, an unfounded assertion later amplified by former President Donald J. Trump on Truth Social, his social media platform.
Another widely shared tweet, which was later removed, included a video that supposedly showed a “masked man cheating in front of the cameras” in Philadelphia. But he turned out to be a poll worker in Wisconsin conducting the standard procedure of initialing ballots for voters.
Yoel Roth, Twitter’s head of trust and safety, who helps oversee content moderation, was mostly quiet on the platform on Tuesday. Last week, he tweeted that 15 percent of his organization had been laid off, less than the 50 percent cuts companywide. He said at the time that Twitter’s efforts to keep elections safe “remain a top priority.”

Twitter also sent an email on Tuesday to members of its trust and safety council, an advisory group of dozens of independent organizations, postponing a meeting that had been planned for Wednesday. In the email, which was reviewed by The New York Times, the company referred to the job cuts it had just undergone and told members that they would convene in December instead “while we navigate this transition.”