Bhaskar Chakravorti explains why the tech giant is on the wrong side of history yet again in Foreign Policy. 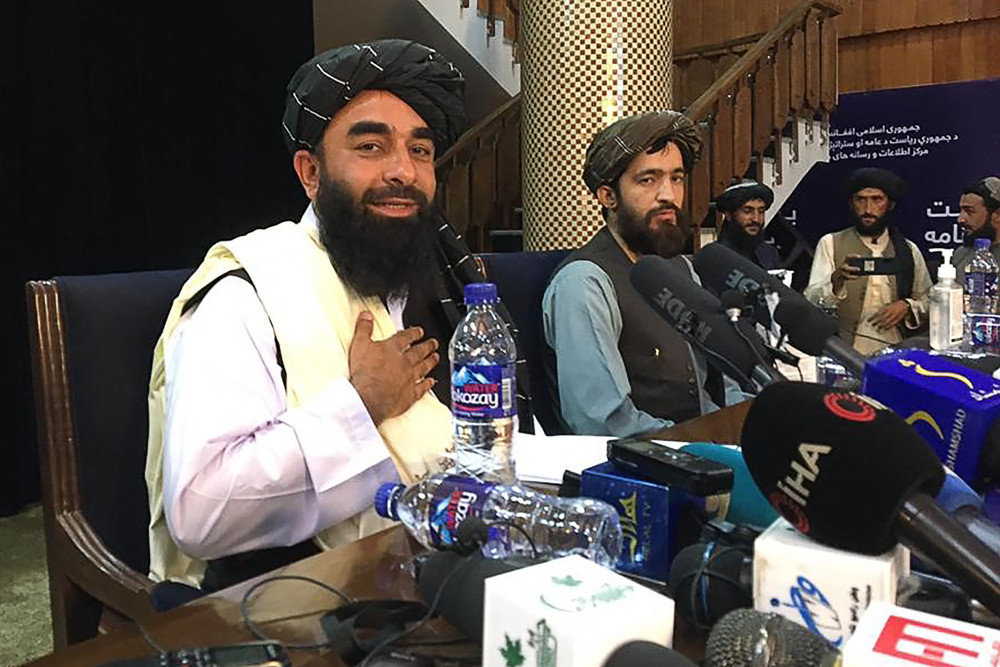 Bhaskar Chakravorti outlines why Facebook’s ban on the Taliban and pro-Taliban content “may make a monumental failure of U.S. intelligence and nation-building even worse.”

As the Afghan state collapsed, the international community headed for the exits, and hundreds of thousands of Afghans were struggling to follow, social media remained on the ground as the only reliable eyes and ears on the unfolding calamity. But even those eyes and ears may be at risk of being lost. Citing its stance on “dangerous individuals and organizations,” Facebook reaffirmed its ban on the Taliban and pro-Taliban content on Aug. 17. After being on the wrong side of history so many times for spreading misinformation and propaganda, the beleaguered tech company seems eager to nip another reputational risk right in the bud.

I fear Facebook will end up on the wrong side of history yet again. Notwithstanding the Taliban’s record of violence and oppression and likely brutal rule, deplatforming the group may make a monumental failure of U.S. intelligence and nation-building even worse. For several reasons, it is ill-advised.

For one, Facebook’s ban is halfhearted and full of leaks. Pro-Taliban users can still freely use WhatsApp, the wildly popular Facebook-owned messaging app. This is because the app is end-to-end encrypted, which means its content cannot be monitored by Facebook’s observers. While it is true that Facebook has blocked official Taliban WhatsApp accounts, such tactics have also had unintended consequences: For example, a WhatsApp hotline set up by the Taliban for Afghan citizens to report violent incidents and looting also got shut down.

Meanwhile, in anticipation of being kicked off the Facebook platform itself, pro-Taliban users put into action time-tested bypass techniques used by such groups as Hezbollah, the Islamic State, and Mexican drug cartels. These techniques include changing hashtag spellings to evade detection and posting the same content in multiple accounts with the expectation that some will make it through Facebook’s leaky filter even if others are shut down. As a result of these and other techniques, one-third of 68 U.S.-designated terrorist groups or their leaders have an official presence on Facebook—despite bans imposed by the company.

Today’s Taliban are not the pre-2001 Taliban that banned movies, music, and the internet; the Taliban 2.0 are a media-savvy organization. Like the Islamic State before them, they have mastered the art of the viral video. To gather even more followers, they have captured popular hashtags by inundating them with messages. Followership of pro-Taliban accounts has already spiked since the Taliban takeover. Even in the unlikely event that Facebook’s wall proves to be impenetrable, the Taliban are not without options. Other platforms, such as Telegram and Twitter, are still available for use. The Taliban’s propaganda machine, in other words, is far from being silenced.

How did Twitter react to the Roe v. Wade announcement from the Supreme Court? What does this mean for abortion rights in America?

Data governance around the world is constantly changing to accommodate the dynamic nature of data itself.

For Pride Month, Digital Planet investigates the degree to which LGBTQ+ community finds solidarity among STEM fields. Analysis reveals the share of workers who express their identity as or affiliation with the LGBTQ+ community on their resumes is smaller among STEM graduates than college graduates overall. Women in STEM were twice as likely as men to profess an affiliation with the gay community on their resumes. Younger STEM candidates display a higher rate of LGBTQ+ affiliation than their older colleagues but still significantly trailed younger college graduates overall.

We present Progress to Digital Parity—an interactive scorecard that tracks the journey towards realizing the goal of a digital economy for everyone, everywhere.

The needs of the global sustainable development agenda are both broad and urgent, and innovation models are central to addressing them in a timely, efficient, and scalable manner, from promoting inclusive growth and ensuring the longevity of natural resources to addressing issues across the state of the human condition.

Despite significant strides in college attainment, Black people in America face multiple obstacles in their pursuit of rewarding, lucrative careers. Even among Black professionals holding some of the most marketable degrees (STEM), highest-paying and highest-growth jobs in the technology sector remain elusive.