Uneven State of the Union:

How US States Differ in Slowing COVID-19

New research from Digital Planet examines how US States differ in their responses to and containment of COVID-19. Data visualizations and key takeaways from the study can be found in the slide deck below. 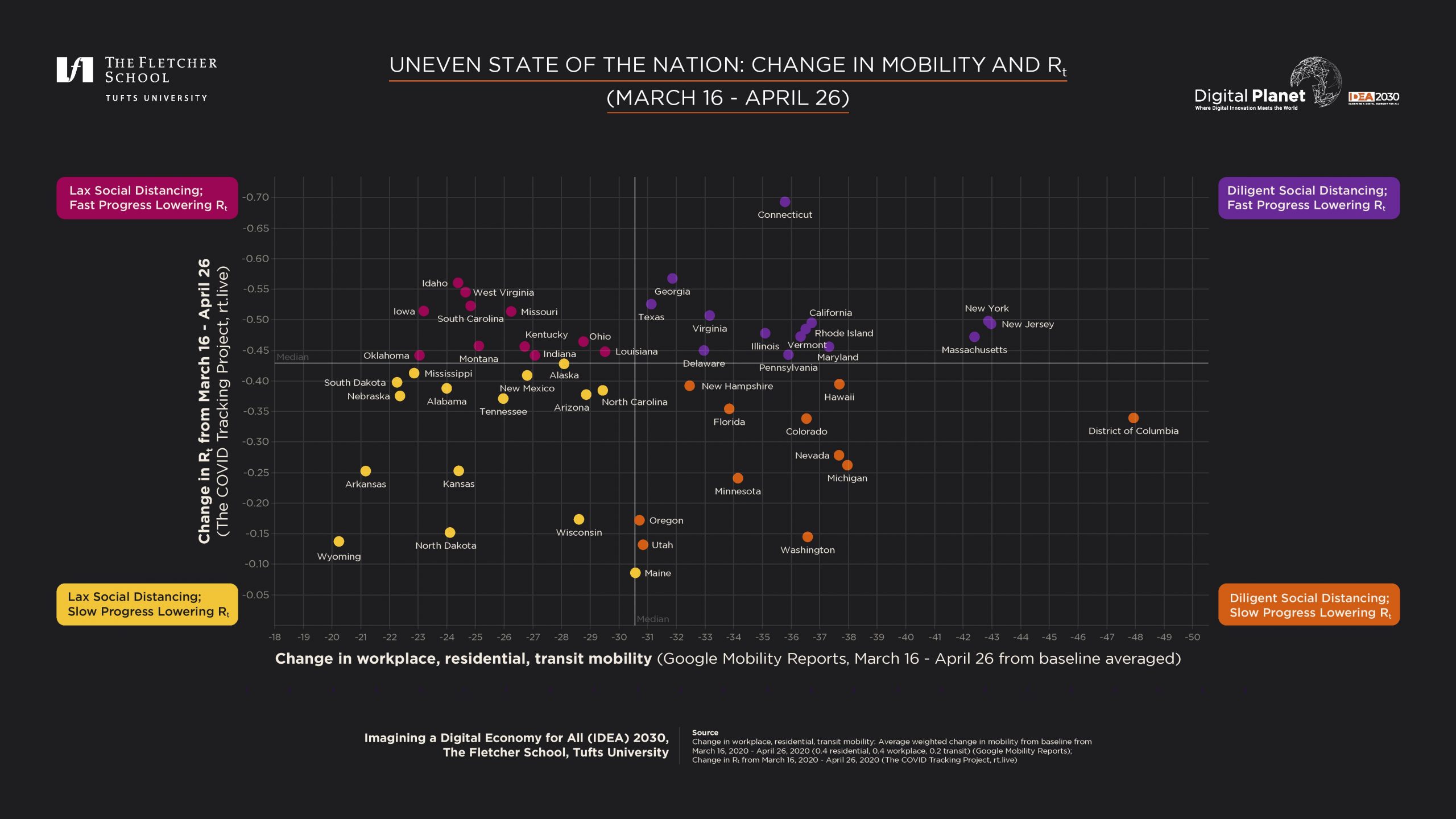 As the Uneven State of the Nation: How US States Differ in Slowing COVID-19 graph illustrates, states responding to the virus hard and early with a statewide stay at home order had more significant changes in both workplace and residential mobility and lowering Rt. In the upper right quadrant, states like California, New York, and New Jersey—where governments acted relatively fast and aggressively—had a more than 36% change in workplace and residential mobility from the baseline and fast progress in lowering the effective reproduction rate of the virus Rt.   There are, of course, states like Georgia and Texas, where state leaders were far less aggressive than peer states like California and New York in issuing and maintaining stay-at-home measures and social distancing regulations. Nevertheless, the public in these states practiced social distancing at a higher-than-average rate, as revealed by the Google Mobility data. Part of this may be due to decisions by city leaders, like Atlanta mayor Keisha Lance Bottoms, who chose speak out against premature statewide re-opening plans, and urged her city’s residents to be more cautious. 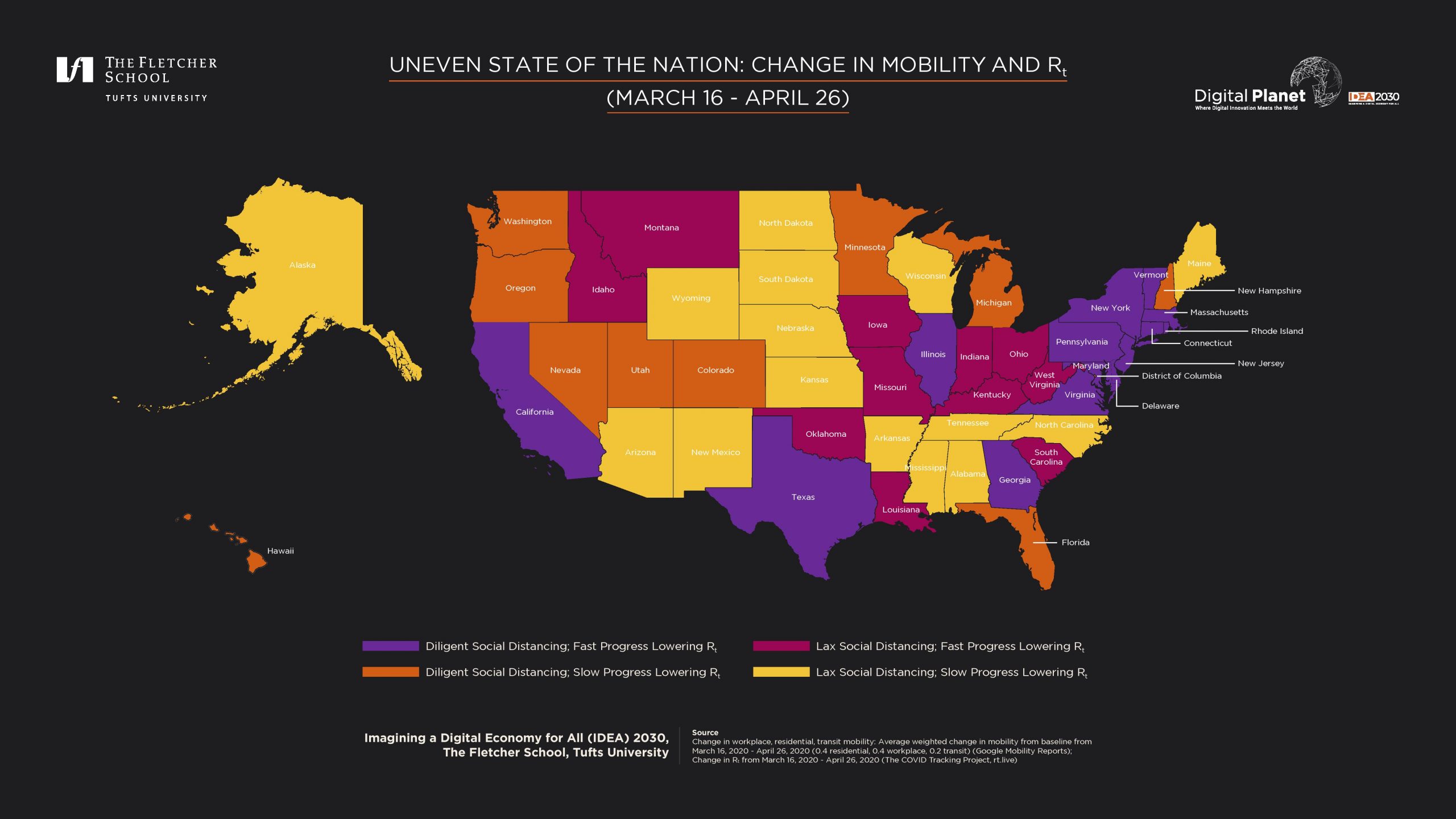 The average change in Rt from 16 March – 26 April for the 50 states plus District of Columbia was calculated using Rt numbers by rt.live, where Rt represents the effective reproduction rate of the virus calculated for each locale. It is an estimate of how many secondary infections are likely to occur from a single infection in a specific area. Rt.live updates its methodology and model regularly, our numbers may differ slightly from most recent version of the model.

The average change in workplace, residential, and transit mobility in the period of 16 March – 26 April was calculated using Google COVID-19 Community Mobility Reports. It is a proxy for the extent to which citizens in the 50 states plus District of Columbia practice social distance. We compiled each state’s average workplace, residential, and transit mobility change by taking the mean of workplace, transit and residential mobility change between March 16, 2020 and April 26, 2020. We then weighted each measure: 0.4 for residential and workplace, and 0.2 for transit. We inversed the residential change (as it is a positive measure, as more people were staying at home), and combined the three scores.