With midterm elections looming, Congress probably has until summer to pass legislation 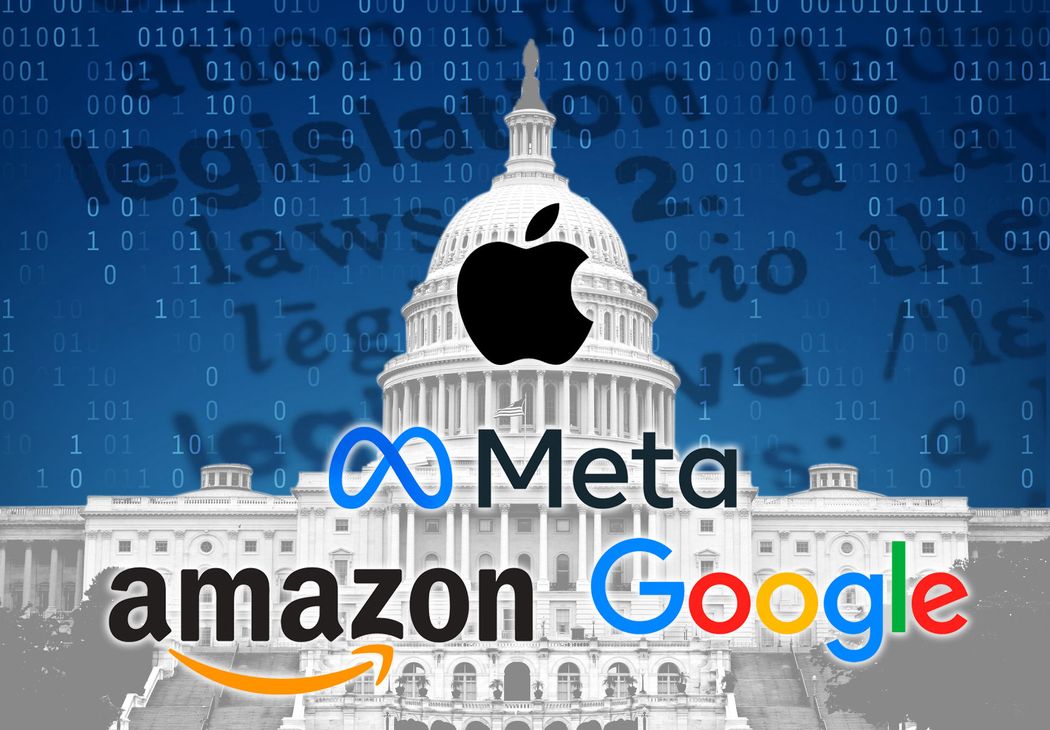 Nearly three years ago, when the Justice Department and Federal Trade Commission launched probes into the business practices of Big Tech, antitrust experts and legal talking heads declared a new age in enforcement and a chastening of unbridled financial power.

But a pandemic and countless bill markups later — amid feverish lobbying efforts by Apple Inc. AAPL, -2.69%, Alphabet Inc.’s GOOGL, -0.67% GOOG, -0.70% Google, Amazon.com Inc. AMZN, +1.48% and Facebook parent company Meta Platforms Inc. FB, +1.32% — there is still no significant US law and a real possibility there will be none for several years.

With a midterm election looming in the fall, and both houses of Congress about to take an extended recess in August, the prospect of antitrust legislation is dimming. Policy experts deem the next three months a “jump ball” moment with the real possibility that if bills don’t become laws by Labor Day, nothing will happen until a new administration in 2025, cautions one tech policy expert.

“It could be years before the stars align again to do something impactful,” Paul Gallant, tech policy analyst at Cowen, told MarketWatch. “The summer of 2022 has always been the do-or-die period.”

Time is running out. The prospect of heavily regulating, if not splintering, the largest tech companies — which seemed an inevitable tectonic shift to American life last year — has been confined to secondary status on Capitol Hill.

“The world is focused on Ukraine and inflation, so tech regulation is likely to take a back seat,” Vasant Dhar, a professor at the Stern School of Business and the Center for Data Science at New York University, told MarketWatch.

“It is less likely by the day,” Herbert Hovenkamp, a law professor at University of Pennsylvania, told MarketWatch, summing up the time-is-running-out vibe in the Beltway and Silicon Valley.

News events have conspired to bury antitrust legislation as a priority, behind the fight over Roe v. Wade, COVID aid, a China competition bill, immigration policy, more money for Ukraine and salvaging parts of the president’s stalled Build Back Better social-spending and climate legislation that included $1 billion in antitrust funding for the Justice Department and Federal Trade Commission.

A historically intractable Congress has stymied major legislation — especially something as complex as antitrust — starting with an impasse on a national digital privacy bill that could have served as a building block.

The two issues Democrats and Republicans have diverged on are whether a digital privacy bill should include private rights of actions so individuals can sue over violations of their data rights, and whether the federal bill should preempt state laws, according to Caitriona Fitzgerald, deputy director of the Electronic Privacy Information Center.

Even bills with bipartisan support, such as Sen. Amy Klobuchar’s American Innovation and Choice Online Act and Sens. Richard Blumenthal and Marsha Blackburn’s Open App Markets Act, have faced tough sledding most of the year because of conflicting political motivations: Democrats want robust anti-competition while Republicans are focused on content moderation on digital platforms, said Rebecca Allensworth, a law professor at Vanderbilt University.

Representatives for Klobuchar, D-Minn., Blumenthal, D-Conn., and Blackburn, R-Tenn., had no comment on the status of their antitrust bills.

Then there is intraparty tension within the Democratic party among moderates who think the bills go too far, as well as reluctance among the California delegation that represents Silicon Valley, where Apple, Alphabet and Meta are headquartered and employ tens of thousands of people, according to Bhaskar Chakravorti, dean of global business at the Fletcher School at Tufts University.

Senate bills haven’t advanced since early February. “Key power brokers, such as (Speaker of the House) Nancy Pelosi and (Senate Majority Leader) Chuck Schumer have been dragging their feet over bringing antitrust bills to their chambers,” Chakravorti told MarketWatch.

Still, some developers pushing for legislation maintain hope it could happen soon.

“The votes are there — but only if Leader Schumer calls for the vote,” Luther Lowe, senior vice president of public policy at Yelp Inc. YELP, +0.99%, told MarketWatch. “The ultimate question is whether Leader Schumer will protect New York’s startup ecosystem by scheduling that vote to take place or inadvertently help Big Tech by running out of time.”

Big Tech’s antitrust strategy this year seems to be mollify, cajole and lay low. Tech companies have made some concessions to their businesses while ramping up their lobbying efforts in Washington.

The most eye-popping activity has been in lobbying spending last year. Amazon and Meta set records with at least $20.3 million and $20.1 million, respectively, according to filings aggregated by OpenSecrets.org. Google spent $9 million in 2021, and Apple, $6.7 million.

The activity continued through March, with Amazon and Meta outlaying another $4.8 million and $4.79 million, respectively.

At the same time, Google and Apple have some features on their powerhouse app stores. Google lowered commission fees while allowing side-loading of apps and third-party payment systems on Google Play Store; Apple has dramatically reduced fees for most of its smaller developers, though it remains resistant to side-loading and alternative payment services because of privacy and security concerns for consumers.

Apple, Google, Amazon and Meta declined to comment for this report. Sources familiar with their plans who are not authorized to speak publicly indicate they are taking a wait-and-see, low-key approach to the legislative process in the US

What stances they have taken have been against Europe’s Digital Markets Act, a forthcoming law likely to stop Apple’s practice of blocking the installation of apps from outside its own App Store as well as freeing developers from onerous commission fees charged by Apple, Alphabet, Amazon, Meta and other major app platforms.

Stateside, however, the antitrust front has been fairly muted. Anticipated lawsuits by the Justice Department against Apple and Google — rumored for months, and expected this spring — haven’t happened. An antitrust challenge by the FTC against Amazon is also percolating.

Adding to the delays has been turmoil within the regulatory agencies.

Justice Department antitrust chief Jonathan Kanter has been temporarily barred from working on the government’s monopoly investigations of Google amid a recusal push by Google. Kanter, who has represented a number of companies including Microsoft Corp. MSFT, -2.00% in motions against Google, has been a vocal critic of the search giant.

FTC Chair Lina Khan’s aggressive antitrust agenda had been stuck in neutral until Wednesday, when the Senate confirmed the nomination of Alvaro Bedoya to the five-member FTC, giving Khan and Democrats a majority. Bedoya’s arrival should pave the way for Khan’s agenda to scrutinize Big Tech, and shape privacy and competition regulations.

Without legislation to level the playing field, developers like Match Group Inc. MTCH, +5.35% and Epic Games Inc. have taken it upon themselves to sue Google and Apple for monopolistic business practices.

The question is when developers, consumers, privacy advocates, investors and Big Tech can expect antitrust laws, if ever.

“We ought to consider history. Only two narrow federal tech laws have ever been enacted in the past 25 years,” Chakravorti said. “Regulating railroads or tobacco took several decades. Aug. 8 is barely three months away.”