Digital Planet > On the Record > The folly of an ‘atmanirbhar’ internet

The folly of an ‘atmanirbhar’ internet

Bhaskar Chakravorti writes: It is an oxymoron. Parallels between Russia’s and India’s attempts to shake free of US Big Tech’s hegemony are worrying. 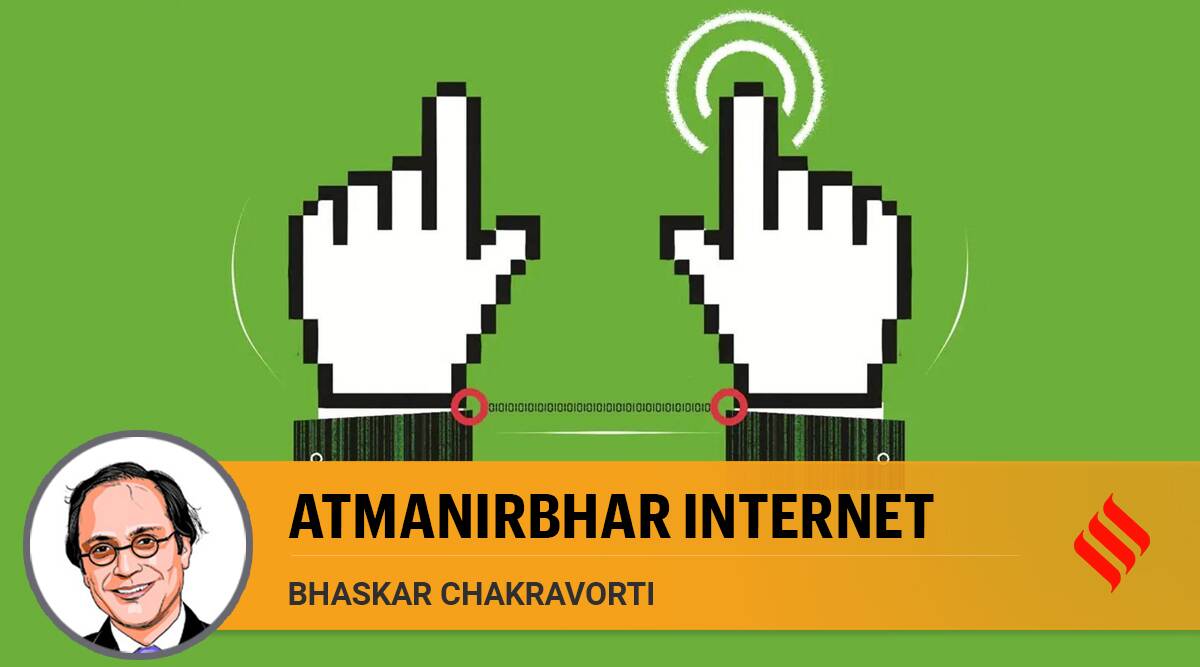 Flabbergasted. There is no other word for how I felt reading a recent interview with the Minister of State for Electronics and Information Technology, Rajeev Chandrasekhar. The honourable minister objected to the silencing of Russian state media by Big Tech, bemoaning the “weaponisation” of digital platforms.

Apparently, he has no objections to the weaponisation taking place in the form of thermobaric rockets raining down on innocent Ukrainians, while the Russian state media rains down lies upon its people. It is bad enough that India must equivocate and look away from Vladimir Putin’s murderous assault on Ukraine; we have all heard the reasons — arms supplies, hydrocarbons and Raj Kapoor — that bind Russia and India. Surely, this isn’t the most appropriate of times to point to the economic and digital sanctions on Russia and use this global crisis to tout a pet project of “atmanirbhar” or sovereign internet for India, as Chandrashekhar is doing.

The minister may want to do his homework on the content peddled on Russia’s version of the sovereign internet to appreciate the farce that it can rapidly become. Putin has used his propaganda engine to create a fantasy about what is going on next door. The Kremlin-controlled media have orchestrated a narrative about genocide against the Russian-speaking population in Ukraine and reports of Russian soldiers being welcomed as liberators by grateful Ukrainians. No images of the ruins of Mariupol or of millions of refugees are shared with Russian viewers. Terms such as “war” or “invasion,” are criminalised. Independent media have been taken off the air along with Facebook, Instagram and Twitter.

How far does the minister propose India ought to go to stand up for its sovereign internet? Will it be just about establishing regulations governing data localisation, building cyber security defences along with data protection and governance or does he have plans to orchestrate a parallel internet along the lines of China, North Korea and, now, Russia and other digital outcasts? He is reported to have also expressed great confidence in India’s ability to carry on if it were ever cut off from other key networks — such as the SWIFT service used to execute international banking transactions — if, as he says, India ever found itself in a position similar to Russia. There seems to be something profoundly wrong in making contingency plans in case today’s India becomes tomorrow’s Russia.

Already, there are too many worrying parallels between Russia’s and India’s attempts to shake free of the US Big Tech’s hegemony. This is ironic given that the granddaddy of hegemons, Google was co-founded by a Moscow-born and is presently led by a Madurai-born. In February of this year, as the invasion of Ukraine commenced, Russian authorities issued warnings to Google and other major platforms to comply with a so-called “landing law” requiring each to set up legal entities in Russia with employees in-country. These employees would be subject to fines and arrest if they did not comply with the government’s orders to take down any content the government deemed unworthy of public consumption.

Now, where might we have seen this landing law playbook used before? India, of course, where a similar mandate had been put in place in February 2021, requiring the major platforms to have several officials in India to address the government’s complaints: A chief compliance officer, a nodal contact person and a resident grievance officer, along with an office with an Indian address. Platforms were given three months to comply and the chief compliance officer would be criminally liable for content on the platform.

Besides the shared fondness for enforcing local office addresses, Russia and India also seem to have in common a predilection for singling out one of the major platforms for special treatment: Twitter. Even before it — along with several other platforms — was banned altogether this month, the Russian government had started slowing access to Twitter about a year before. The excuse? The Russian regulator, Roskomnadzor, had accused Twitter of failing to remove content relating to illegal drug use, child pornography and encouraging teen suicide.

Likewise, in India, Twitter felt the heat of the state’s attention last year. In May 2021, its offices in New Delhi were raided by a police squad normally focused on investigating terrorism and organised crime. No doubt, posts about the farmers’ protests had something to do with the visit by the police. The government had demanded the blocking of 500 accounts, including those of journalists, activists, opposition leaders and of JazzyB, a rapper. Twitter did so, and then eventually reversed course only to be slapped with a non-compliance notice.

My guess is that Twitter makes for an ideal target in both countries. It is not that widely used, so blocking it or slowing it down does not necessarily provoke public outrage. It is used by the elite, precisely the kind of annoying people the government would prefer to silence. It is a prominent platform, so any action taken on Twitter sends a signal to the other digital platforms to fall in line or else.

It is time for India’s path to diverge from that of Russia’s. As things stand, India must walk a tightrope: Not condemning Russia while not condoning its atrocities; acknowledging the agony of Ukraine, while averting its eyes from the unfolding disaster; remaining a bystander to history or risking being trapped — as White House spokesperson Jen Psaki put it — on the wrong side of history. It is inspiring to see — if one’s version of the internet permits it — ordinary Ukrainians picking up arms for the first time in their lives to defend their cities, to protect what is left of their lives and livelihoods and to keep an open internet running in their country.

This column first appeared in the print edition on March 30, 2022 under the title ‘Atmanirbhar internet’. The writer is Dean of Global Business at The Fletcher School at Tufts University

Read the Article on The Indian Express
Shopping Basket