Digital Planet > On the Record > To Save Twitter, Elon Musk Should Fire Himself

Musk’s conflicts of interest make him too dangerous to run the global public sphere. 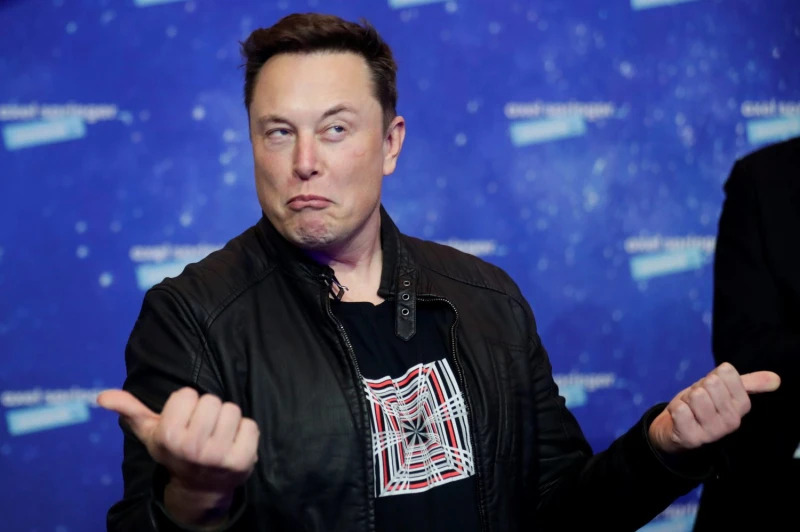 Billionaire Elon Musk’s purchase of and arrival at Twitter has turned the global social media company into a raging dumpster fire with significant consequences all around the world. The closest indication of any method behind the madness may be Musk’s Nov. 9 tweet: “Please note that Twitter will do lots of dumb things in coming months. We will keep what works & change what doesn’t.” Even here, Musk may have been overpromising: Twitter’s offices are now temporarily shuttered following mass firings, reported mass resignations, an apparent exodus of advertisers, a new plague of fake accounts, and confusion over future content policies. Many people are horrified by the Musk mayhem, his longtime critics are having an “I told you so” moment, and those inclined to be generous are taking a cautious view of “too early to tell.” Some former employees fear the platform may only have a few weeks to live.

To save Twitter, however, the choice is unambiguous: Musk urgently needs to fire himself. This is not because his opening act has been so chaotic but for deeper structural reasons. If Twitter’s mission is to be, in Musk’s own words, “by far the most accurate source of information about the world,” the combination of Musk’s multiple conflicts of interest and Twitter’s international operations would conspire to kill that mission. For one, Twitter’s global footprint is already on shaky ground. Second, Musk’s own international entanglements make the problem much worse. Third, the business pressures bearing down on the platform will be Twitter’s final nail in the coffin under Musk.

Twitter has served many purposes worldwide. It’s been a megaphone for the world’s powerful, but it has also given power to the powerless: Cairo’s revolutionaries at Tahrir Square during the Arab Spring, desperate families searching for a hospital bed or oxygen tank during India’s second COVID-19 wave, and the #MeToo movement everywhere. Twitter has been a critical tool for crisis response during earthquakes, tsunamis, and other natural disasters.

This impressive breadth of use notwithstanding, Twitter covers large parts of the world where speech isn’t free. More than two-thirds of all Twitter users are outside the United States, contributing just under half of the company’s revenues. In only 7 of the top 20 countries ranked by the number of Twitter users is the internet labeled “free” by Freedom House (one country had no available data). The risk of manipulation and misinformation on Twitter was already high. With Musk’s arrival, that risk has risen to unacceptable levels given his other business interests.

Musk’s global business activities clearly jeopardize Twitter’s mission. One of his undeniable traits is his ability to attract funders from around the world. His Twitter acquisition was co-financed by entities with links to China, Qatar, and Saudi Arabia—three countries with a questionable track record of commitment to the information accuracy Musk says he seeks. The Qatar Investment Authority, for example, invested $375 million in Twitter. Qatar is set to host the 2022 FIFA World Cup and is battling criticism for human rights violations at construction sites, media censorship, and the curtailment of the rights of women and minorities. Leverage over Twitter would give Qatar access to a megaphone to reshape the narrative. Two other problematic funding sources for Musk’s Twitter acquisition are Saudi Arabia’s Kingdom Holding Company and Saudi Prince Alwaleed bin Talal Al Saud, who are jointly the second-largest investor after Musk. Saudi Arabia, with the eighth-highest number of Twitter users, has one of the worst records on rights and freedom in the world.

This is just the start. Musk’s conflicts of interest multiply when you consider two of his other businesses: Tesla and SpaceX. Both are crucially dependent on repressive governments, and Musk already has a clear record of pandering to them.

Tesla, for one, cannot survive without its ties to China, the world’s largest electric vehicle market by far. The electric car company’s revenues there have doubled two years in a row. Tesla also has its largest vehicle assembly plant in Shanghai, built with a loan and special concessions from the Chinese government. Most of Tesla’s direct sources for its batteries are in China. This degree of dependence on a single country with an all-powerful state makes it impossible to trust that a Musk-led Twitter would disallow its manipulation for propaganda purposes. Although Twitter is blocked in China, its diplomats and operatives abroad are active on Twitter promoting favorable narratives. In fact, Chinese authorities have created hundreds of fake accounts, creating bot armies and surveillance systems to monitor and silence dissidents abroad.

Musk’s other prominent venture, SpaceX, is also critically reliant on problematic international connections. Consider Starlink, SpaceX’s network of satellites designed to deliver high-speed internet anywhere. The company plans to expand service to most of Asia, Africa, and the Middle East next year and needs permission from government gatekeepers. It has secured a license in Qatar and will be launching its services in Oman, Saudi Arabia, and the United Arab Emirates next year. The Oman Investment Authority has also made an undisclosed investment in SpaceX. The three countries rate poorly on freedoms. With leverage over Musk via SpaceX, they could gain leverage over Twitter.

Beyond Starlink, SpaceX is poised to be a major player in this growing market for space launches, part of a booming commercial space market projected to grow to more than $1 trillion by 2040. A large part of the demand—for everything from satellite launches to moon missions—will come from authoritarian and semi-democratic governments as well as private entities connected to them. All will have interests in propaganda and ways to burnish their global prestige.