Why we should care about Elon Musk’s Twitter takeover bid

Bhaskar Chakravorti writes: Taking Twitter off the public equity markets, as he wants to, would give him license to do as he pleases with the platform 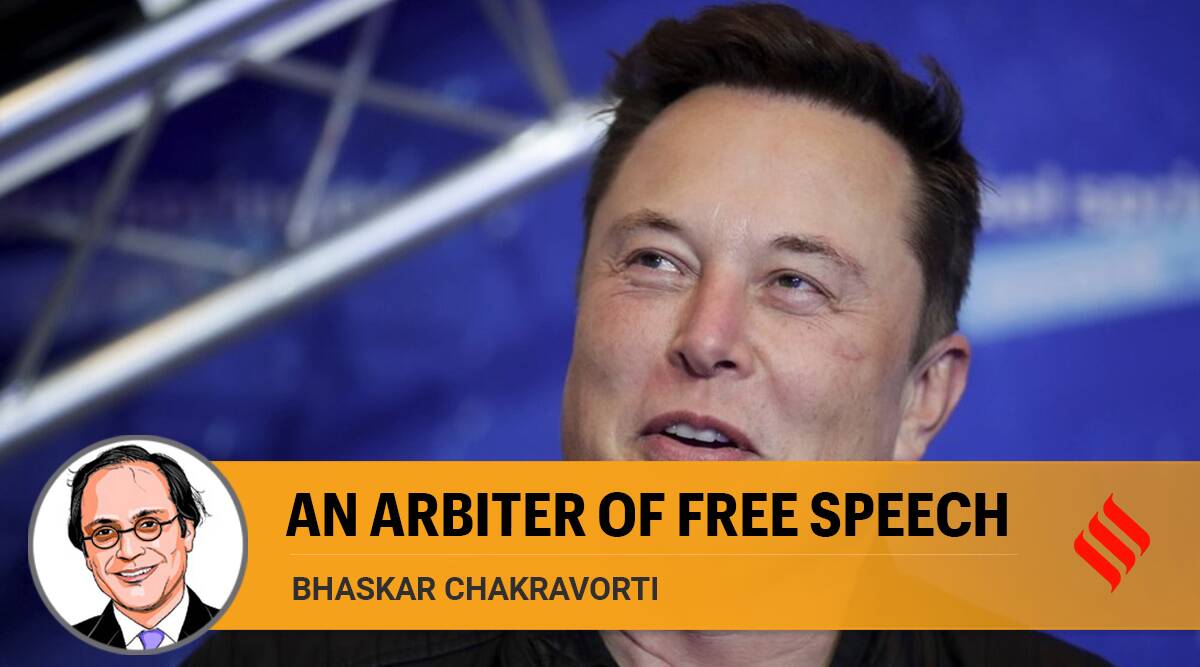 My Twitter is pretty much complete nonsense at this point.” This April 2019 tweet came from the man who is now willing to fork out $43 billion to buy all of Twitter. Other rich men aim rockets skywards for their private moments of zero gravity; the world’s richest man, Elon Musk, is aiming for his private eternity of zero gravitas. For all his brilliance in creating a trillion-dollar company that produces a really cool car, Musk is barely an adolescent when he has his thumbs on a smartphone.

Consider this: “At least 50% of my tweets were made on a porcelain throne” (April 2019). Even if this were true, is the world better off with that extraordinary piece of insight on hand? And then consider the fun he has had indiscriminately tweeting about his own flagship company: “Tesla blows haha” (April 2019). His May 2020 tweet, “Tesla stock price is too high imo” (May 2020), wiped $14 billion off of Tesla’s value, including $3 billion off of Musk’s own personal stake. And all this is after he was fined by the US Security and Exchange Commission and forced to resign as chairman of Tesla after sending out a tweet that was meant to be a pothead joke: “Am considering taking Tesla private at $420. Funding secured.” (August 2018) —4/20 is for April 20, a day for celebrating cannabis culture.

Shall I go on? From “Nuke Mars!” (August 2019) to “Kids are essentially immune (to Covid)” (March 2020), Musk’s torrential tweets would be funny if they weren’t about serious topics. Some don’t age well: “Based on current trends, probably close to zero new cases (of Covid) in US too by end of April” (March 2020).

Why should we care? After all, being the richest man on the planet ought to come with some freedoms. And despite its occasional use as a lifeline during moments of extreme crisis — such as in India’s second Covid wave — isn’t Twitter a platform mostly for the elites, celebrities and a few mischief makers? Don’t we have bigger problems in the world? It turns out that Musk has 81 million followers. Even after discounting for the 46.5 per cent of these that, according to one audit, represent fake accounts, and millions of others who just think it’s Elon being Elon, a lot of people worship the man. Much of what Musk says can range from amusing to bizarre to dangerous. And here I am not concerned about the Martians but more about the children whose parents thought kids are immune to Covid because our own planet’s richest man said so and some conspiracy theorists decided to amplify it.

Musk says he is not interested in the commercial aspects of Twitter. “Having a public platform that is maximally trusted and broadly inclusive is extremely important to the future of civilisation,” he said. He is most incensed about Twitter’s moderation of content and banning some notable power users, one such outcast being the former president of the United States, who lost the last election and insists he didn’t. It is hard to imagine the future of civilisation being in a better place with that man reinstated in any place — be it on Twitter or in the White House.

My biggest concern about a Musk takeover of Twitter is that he is not just content with sending out tweets from the privacy of his porcelain throne, he also wants to take the company private. Taking it off the public equity markets would give him license to do whatever he wants with the platform with no external scrutiny or pesky analyst and shareholder pressures. You could argue that Musk has other serious commercial interests, such as satellite-delivered internet access, space travel and electric cars that all rely on some government oversight and these could give regulators leverage over a Musk-owned Twitter. But this would be a clumsy roundabout way to build back trust in social media at a time when regulators are struggling mightily to contain the proliferation of social media assaults on democratic institutions — and, dare I say, the future of civilisation. While other noted social media barons, such as Mark Zuckerberg, have failed after repeated attempts, how can Musk be so confident about finding the right balance between free speech and speech that kills? I am far more sanguine about him putting men on Mars by 2029, as he has hinted.

Elon Musk is an extraordinary man. He is the brains behind the world’s coolest car company, the co-founder of the online financial services company that became the granddaddy of digital payments, a rail system that aims to go faster than an airplane, the second largest solar power system in the US, and much more. At the age of 12, he invented a video game that he sold for $500 to a magazine. Today, he also plans to colonise Mars.

Do I trust Musk to be the arbiter of free speech on the planet that is our home for the foreseeable future? Heck, no. Musk recently tweeted, “A social media platform’s policies are good if the most extreme 10 percent on left and right are equally unhappy,” It turns out the extreme right has been exceedingly happy about his hostile takeover attempt. And that should get us worried that free speech can come at a high price.

I pity Twitter CEO, Parag Agrawal, who seems like a nice enough fellow and has barely been five months on the job. The chap needs help. The Twitter board has launched a “poison pill” defence aimed at diluting Musk’s current stake in the company making it more difficult to buy up the entire company, but it may not work.

In my opinion, Twitter needs a white knight — another buyer. My first pick would be … drumroll please … Apple. Apple wants to move even further beyond TV, into news and other content, Twitter is proto news, and media service and ought to do more with TV/video. Apple has the resources to go into a bidding war with Musk. It is also not likely to face the same antitrust roadblocks.

Parag Agrawal — or his board chairman, Bret Taylor — needs to tweet Apple CEO, Tim Cook. Now. The future of civil discourse on planet Earth could be at stake. And we cannot even escape to Mars, because Elon Musk will already be there.

Read the Article on The Indian Express
Shopping Basket