Throughout my *undoubtedly* riveting blog posts I’ve talked a lot about positive emotions and how they aren’t always good for us. While the theories and findings I’ve discussed are fascinating, they’re also kind of (gasp!) boring. Wait, what? How can all of this paradoxical information concerning how wanting to feel good can sometimes be bad be boring, you ask? Well, the answer is really quite simple: almost all of these studies have been conducted on a relatively homogenous subset of people drawn from the broader American population (read: Caucasian college students). Wouldn’t it be even more interesting to understand how positive emotions work (and don’t work) across the globe? I certainly think so! Consequently, while we know very little about the cultural neuroscience of positive emotions (Hechtman, Raila, Chiao, & Gruber, 2013), we’ll spend this post getting up-to-speed on recent work concerning cultural variation in positive emotions. 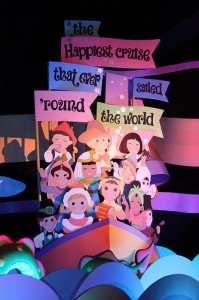 Although differences in self-reported positive emotion valuation are intriguing in and of themselves, it seems that these differences are also instantiated within the brain. People from individualistic and interpersonally-oriented cultures tend to activate their medial prefrontal cortex, an area of the brain implicated in self-focused thinking, more when they’re thinking about themselves in culturally-congruent (relative to culturally-incongruent) contexts (Chiao et al., 2009). Thus, it seems that people from different cultures have sociobiological reasons for wanting to feel differently, which may also lead to the differential experience of positive emotions across cultures.

What About Positive Emotion, Culture, and Psychopathology?

Fortunately, however, future cultural neuroscience studies could help us answer additional questions about how to cross-culturally treat various psychopathologies. In the case of Bipolar I disorder, we could ascertain whether European Americans (who tend to value more high-arousal positive affect) suffer from the disorder because of amplified reward sensitivity in the orbitofrontal cortex, as has been proposed (Hechtman et al., 2013). Relatedly, we could see whether Asian Americans (who tend to value low-arousal positive affect) with Bipolar I disorder may be more successful at activating circuitry related to down-regulating positive emotions than European Americans with the same disorder (Hechtman et al., 2013). We therefore have many avenues for future research that could shed light on treatment options for the global health crises psychopathologies present.

Wrapping It All Up

So what’s the take-away point from today? Well, obviously, I hope you learned that, while there is little evidence concerning the cultural neuroscience of positive emotions, there is cultural variation in the extent to which people value, experience, express, and, yes, sometimes even suffer from positive emotions. More broadly, though, I hope you come away from these blog posts with a sense that positive emotions are not universally good for everyone, all the time, in every context. If we remember that I think the world could become a much happier (but not necessarily smaller!) place.