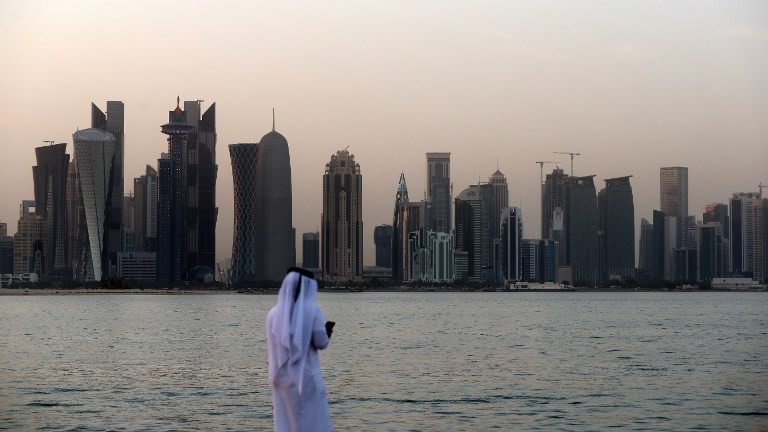 The Anti-Terrorism Quartet (ATQ) blockade against Qatar has now dragged on for 2.5 years, with little sign of a resolution in sight. As Saudi Arabia, the UAE, Egypt, and Bahrain continue to isolate Doha over its alleged support for regional terrorism, investment in the Gulf state may seem risky. However, Qatar’s ability to obtain alternative trading partners, internally spur innovative sector growth, and leverage its economic power has resulted in continued economic growth that maintains the country’s reputation as a favorable investment climate.

Even though the blockade imposed in June 2017 closed off Qatar’s land and sea access, its greatest impact on Doha’s trade was with the ATQ members. Qatar turned to other lucrative trading partners to make up the losses with these GCC states. Doha stepped up trade with Iran, strengthening its ties with Tehran on economic projects such as the South Pars/North Dome Gas-Condensate field, which is the world’s largest liquid natural gas (LNG) field and is shared by the two countries, allowing Qatar to simultaneously decrease its ties with OPEC, which it exited in January 2019. It has also increased trade with Turkey, a country with which Doha has enjoyed increased ties because of shared support for the Muslim Brotherhood as well as similar goals for political and economic investment in the Horn of Africa. In short, increased trade with Iran and Turkey has quickly dampened the effects of the blockade.

In addition to quickly finding alternative trading partners, Qatar has also boosted innovation internally, resulting in decreased effects from the blockade. For example, the country introduced dairy and meat farms for the first time, sometimes even airlifting cows into the country to bypass the blockade. Production of agricultural goods and medicine have both increased, and Qatar has also used innovative initiatives such as Baladna to transform arid desert land into agriculture-friendly space. Moreover, the country has increased emphasis on research and technological development. Far from dampening the country’s capacity for innovation, the blockade has increased it, pointing to Doha’s future as an entrepreneurial leader in the Gulf.

Finally, Qatar’s extensive natural and financial resource endowment has enabled it to continue building global economic ties despite the ATQ blockade. In addition to increasing economies ties with regional partners such as Turkey and Iran, Qatar has stepped up investment in the Horn of Africa. Qatar and Sudan signed a $4 billion agreement to share development of the Red Sea port of Suakin in March 2018 (this deal has been abrogated by Sudan’s re-assertions of sovereignty over the island). In January 2019, Qatar Investment Authority pledged to invest $200 million in telecommunications provider Airtel Africa. Ethiopia and Mali have both invited Qatari investment into their countries this year as well. Doha’s position as the world’s richest country and holder of a sovereign wealth fund (SWF) with assets in excess of $170 billion (assets that will likely increase further as the country expands LNG extraction) allows it to continue striking lucrative international deals despite the ATQ embargo.

In the near future, it seems unlikely that the ATQ blockade will seriously impede Qatar’s economic growth because of Doha’s ability to capitalize on alternative trade routes, bolster innovation internally, and increase economic ties abroad through investment deals in regions such as the Horn of Africa. Moreover, Qatar’s rich LNG endowment and SWF complement its vast global economic ties, forecasting no shortage of resources for many years to come. If anything, Saudi Arabia, Egypt, Bahrain, and the UAE may be the real losers, as their continuing embargo has driven a wedge through the GCC during a time of regional political and economic instability, encouraged Qatar’s departure from OPEC, and deepened Doha’s ties with Iran. None of these geopolitical shifts are aligned with the ATQ’s goals, so rebuilding the broken relationship with Qatar would be time well spent for both these four countries and the region as a whole.

The Fares Center is excited to welcome @FletcherSchool Alum Alex Nisetich of @IRIglobal to our Mugar 129 offices on Friday 2/21 @ 12:30PM. Alex will present some of the practical challenges of conducting public opinion research in the MENA region. RSVP:

We hosted a great book talk yesterday with Professor @MichelineIshay! Thank you Professor Ishay for sharing your thoughts on how the legacies of the 2011 Arab Uprisings impact human rights aspirations and women's political and religious participation across the region today.

This event is happening TODAY! We hope to see you there.

The Fares Center is excited to announce our first event of the semester! Please join us on 2/13 @ 12:30 PM in our office to hear Professor @MichelineIshay speak about her recent book, The Levant Express: The Arab Uprisings, Human Rights, and the Future of the Middle East.