The Fletcher Initiative on Religion, Law, and Diplomacy is headed by Dr. Elizabeth Prodromou and supported by a team of graduate students who organize the annual fall conference and Spring Speaker Series. 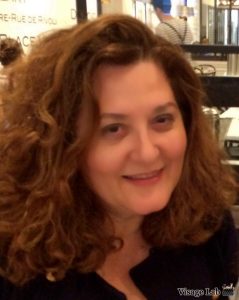 Dr. Elizabeth H. Prodromou is Visiting Associate Professor of Conflict Resolution at The Fletcher School of Law and Diplomacy at Tufts University, where she directs the Initiative on Religion, Law, and Diplomacy.

She is a non-resident Senior Fellow and Co-Chair of the Working Group on Christians and Religious Pluralism, at the Center for Religious Freedom at the Hudson Institute, and is also non-resident Fellow at The Hedayah International Center of Excellence for Countering Violent Extremism.

Prodromou served as Vice Chair and Commissioner on the U.S. Commission on International Religious Freedom (2004-2012) and was a member of the U.S. Secretary of State’s Religion & Foreign Policy Working Group (2011-2015).

Her research interests focus on geopolitics and religion, with particular focus on the intersection of religion, democracy, and security in the Middle East and Southeastern Europe. Her current research project focus on Orthodox Christianity and geopolitics, as well as on the impact of mixed migration flows on the religion-security nexus in Greece.

Published widely in scholarly and policy journals, she is a frequent commentator and contributor in US and international media. She has been involved in research and advisory work for international and non-governmental organizations on religious freedom and human rights, and she is active in inter-faith and ecumenical peacebuilding initiatives around the world.

She is co-editor and contributor for Eastern Orthodox Christianity and American Higher Education (2016) and Thinking Through Faith: New Perspectives from Orthodox Christian Scholars (2008). She holds a Ph.D. and an S.M. in political science from MIT, an M.A.L.D. in international relations from The Fletcher School of Law and Diplomacy, and a B.A. in history and international relations from Tufts University. She is a member of the Phi Beta Kappa Society and is the recipient of a Distinguished Service Award from the Tufts University Alumni Association.