In the 1960s , Boston riveted the attention of the architecture world as never before or since. A cluster of buildings arose by famous-name architects Walter Gropius and Paul Rudolph to an urban plan authored by I. M. Pei. The occasion for Boston’s moment in the sun was Government Center, an urban renewal area spread over dozens of acres, whose collection of buildings represents one of the world’s finest ensembles of mid-twentieth-century modern architecture. 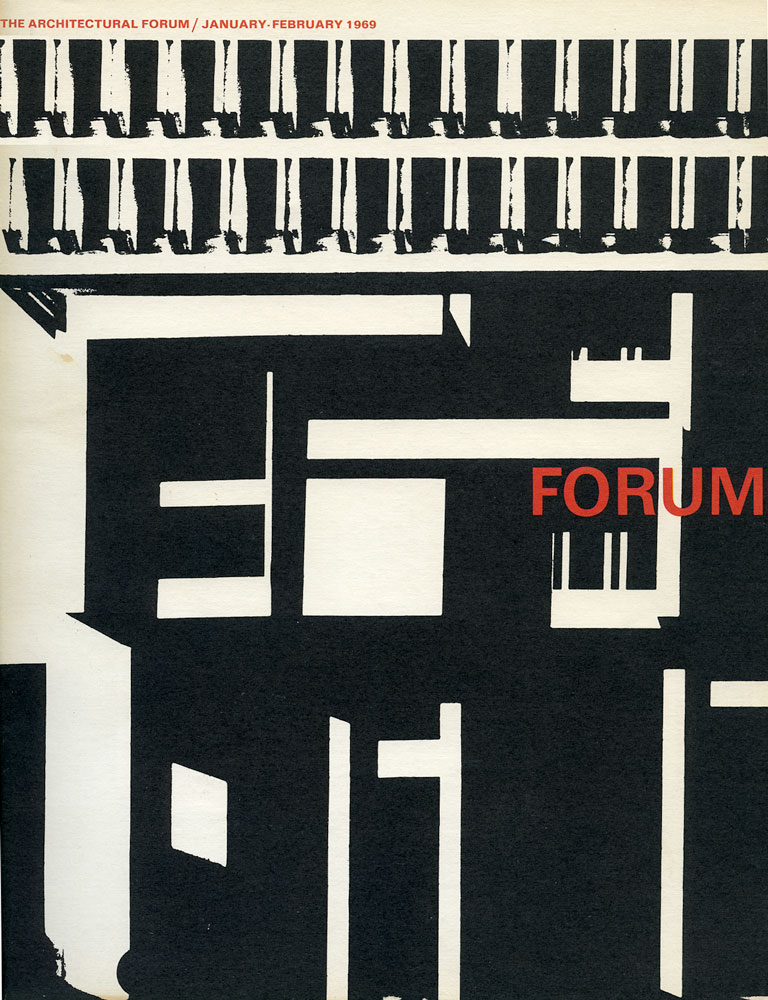 Featured on the cover of Architectural Forum in 1969 (above), Government Center was immediately celebrated by commentators and politicians. Over the decades, however, its luster faded. Critics and popular opinion turned against its concrete brutalist buildings and windswept plazas. Numerous proposed have been made to ameliorate the perceived problems. The late Boston Mayor Tom Menino seriously proposed demolishing Boston City Hall and moving city government elsewhere.

Today, in 2015, there remains deep appreciation for Government Center in architectural circles and more political willingness to work with what exists. The administration of Mayor Marty Walsh sponsors temporary installations on City Hall plaza (below); the MBTA rebuilds the Government Center T stop; and the state of Massachusetts considers options for the State Service Center. As Government Center heads into its second half-century, the future remains in flux. 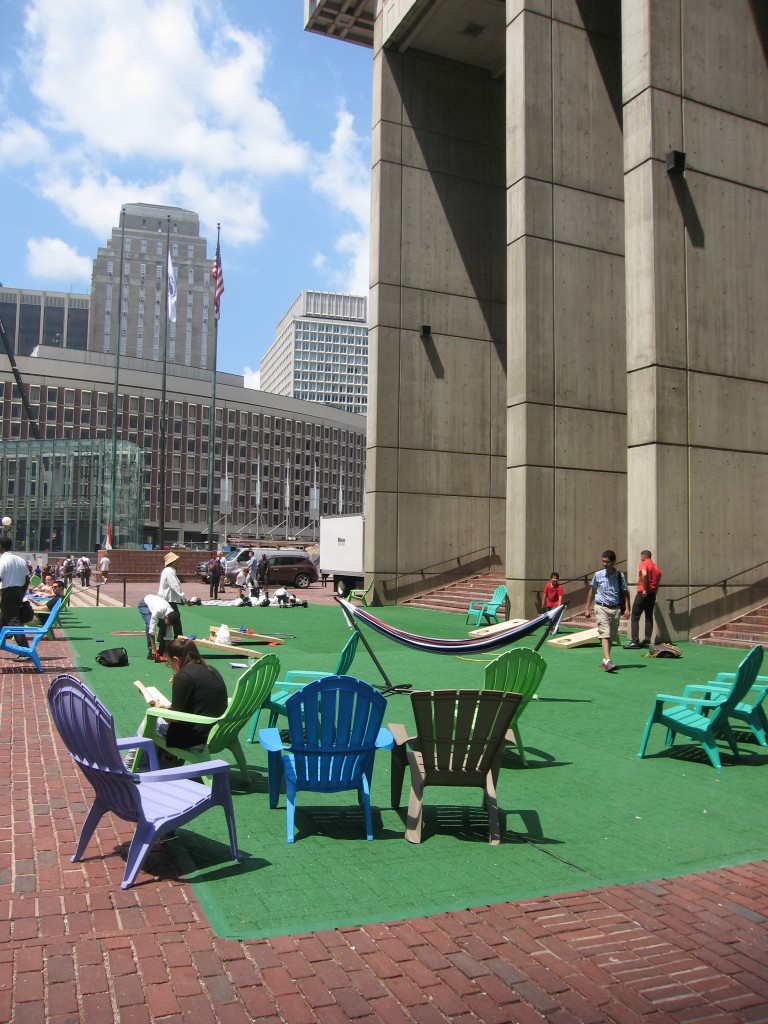 This website is the product of a semester-long art history department seminar at Tufts University in fall 2015 devoted to Government Center. The ten students in the course have each produced their own webpage (or chapter) devoted to an issue about Government Center that interested them most. The result is not a comprehensive account but rather a series of engagements with compelling aspects of Government Center’s history and identity.

What was on the site before? How did the monumental planning come about? Who did what and when to bring about Government Center? Over time, what works and what doesn’t about the experience of Government Center? What are its artistic aspects? What visions for change can be imagined?

This website invites you to explore and learn about Government Center, hopefully, to think more deeply about its past, present, and future.