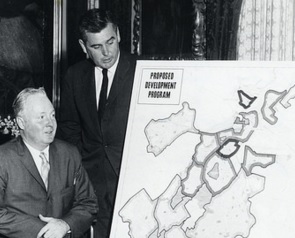 Ed Logue was an urban planner who came to Boston from New Haven, Connecticut where he was a leader in securing federal funds for urban redevelopment. When John Collins was elected mayor in 1960, he sought Logue’s leadership to bring in a new era of redevelopment with federal funds in Boston, with grand schemes in mind including Government Center and the Back Bay.

One administrative problem standing in both men’s way was the Boston Redevelopment Authority, an agency created just three years earlier by the previous mayor, John Hynes. In theory, the BRA was created to handle tasks like the ones Collins wanted Logue to take charge of, but a man named Kane Simonian was the BRA’s executive director and he didn’t want to cede his power to Logue.

Collins felt very strongly in his desire to have Logue in charge, so he revealed a $90 million dollar redevelopment plan with the use of federal funds, and went on a speech campaign pitching his plan to business leaders and investors. He used the influence of the federal money to gain popular support and put pressure on the BRA. Collins eventually won out and Logue was given equal power as Simonian with a plan for him to take over completely soon after. 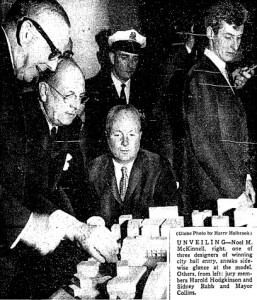 Members of the jury, Mayor Collins, and Michael McKinnell

The City Hall selection jury consisted of four architects and three prominent business leaders. The architects were all modernists but with some distinction between their styles. Walter Netsch and Ralph Rapson were heavily involved in the brutalist movement and had been commissioned for some large civic projects. William Wurster on the other hand dealt primarily with luxurious residences and was accustomed to softer materials. Pietro Belluschi was used to projects of grand scale, but unlike Netsch and Rapson, he mainly used glass and steel, like in One Boston Place, an iconic Boston landmark just steps from Government Center.

The non-architects, or “laymen,” were anything but ordinary people off the street. They consisted of Harold Hodgkinson, Chairman of William Filene’s Sons, O. Kelley Anderson, President of New England Mutual Life Insurance, and Sidney Rabb, Chairman of the Stop & Shop grocery chain.

The selection of the jury indicates a strong bias towards the white male establishment. While the Government Center Commission was lauded for its use of a non-political jury, the people on the jury reflected the backgrounds of a very select demographic. Additionally, the selection of all business leaders as the laymen on the jury indicates a preference for corporate interests.

The selection of Kalmann McKinnell and Knowles seems unsurprising when you look at the roster of architects on the jury. The selection came with “unanimous agreement,” demonstrating that the business leaders also came to enjoy the progressive and somewhat radical design. The jury felt that the new building was “an imposing symbol of city government at its best,” and cited pieces of the design like its varying concrete texture and how the building related to its surroundings. 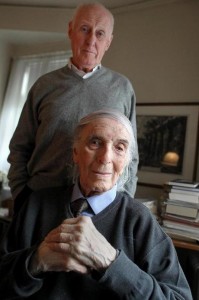 Gerhard Kallmann, Michael McKinnell, and Edward Knowles led a firm that got its big breakthrough by winning the design contest for City Hall. The three principals were all faculty at Columbia University. Kallmann and McKinnell were both Europeans and had learned from Le Corbusier, hence their experience in working with concrete. They held the belief that concrete was an authentic material because it lets the structure be directly seen for what it is. McKinnell explained that they liked how concrete could be used naturally in so many functions, like as the structure, the walls, the floor, and the cladding.

KMK was a new firm in 1960 and likely would never have received such an important project so early on had there not been a competition. Over 250 firms entered into the contest, which was narrowed down to eight finalists. KMK was chosen by the jury in a non-binding selection, but luckily for them the Government Center Commission approved of their design as well.

The General Services Administration is an agency that among other things, acquires and operates federal office buildings. Before Government Center had been designed, the GSA and the federal government were considering building a new complex at Copley Square in the Back Bay. Mayor Collins negotiated tirelessly to convince the GSA to build at Scollay Square and integrate with the city and state buildings as part of a super block.

Collins got what he initially wanted, but by bringing in the federal government, he allowed the GSA to wield influence over the redevelopment as a whole.

While the BRA’s focus was on City Hall, it also had a say in the development of the overall project, so they hired IM Pei’s firm to handle the landscape architecture. The GSA had already hired Gropius and TAC well before Pei could design the space between City Hall and the Kennedy Federal Building. Hard sketches of the 26 story tower and accompanying four story building had been practically set in stone by the time the pedestrian landscape was formulated. As a result, not only did the federal building’s flat podium contrast with the terracing in the City Hall design, but both designs integrated poorly with Pei’s design for pedestrian flow. Had the GSA and BRA coordinated their project timelines more smoothly, the result could have been more natural and less barren than it is today.

Gropius and The Architects Collaborative 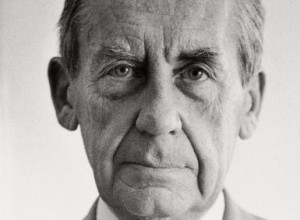 Walter Gropius was a revolutionary modern architect who founded the Bauhaus School in Germany. After coming to the United States to teach at the Harvard Graduate School of Design, he established his firm called The Architects Collaborative (TAC). They were hired by the General Services Administration to design a new federal building for Boston, and produced a steel and glass double tower perched above a long four story building of matching exterior.

The design fits right in with 1960’s American modernism with its rational, perpendicular form and delicate use of materials, a significant contrast to City Hall’s composition. The GSA wasn’t looking to make as loud of a statement, but with Gropius it still received a classy, updated building. Bostonians seldom comment on the Kennedy Building’s architecture, perhaps because its extreme neighbor draws all the attention, or perhaps because Gropius’s style became so custom in the late twentieth century that it is what is expected of a building. Gropius commented that although the Kennedy Building and City Hall contrast in size and shape, the buildings fit well together, and that the scale between the two was one of their primary concerns. 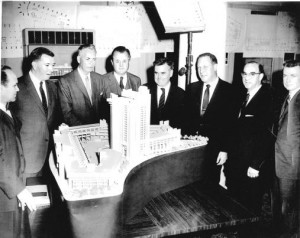 The Government Center Commission was a group created in 1960 by the Massachusetts Legislature that oversaw the design and construction of the State Services Center. Its members were head of the Mass. Turnpike Authority William Callahan, State Administration Commissioner Charles Mahoney, and Jeremiah Sundell. The GCC acted as the administrative arm of the state government, so it worked closely with the governor and legislature.

Unlike the BRA’s use of a jury in selecting a design for City Hall, the GCC instead chose its own architects and divided its complex into several buildings. M.A. Dyer & Co. and Pedersen & Tilney were contracted for the Health, Education, and Welfare Building, Desmond & Lord and Paul Rudolph were contracted for the Lindemann Mental Health Center, and Shepley, Bulfinch, Richardson & Abbott were contracted for the Division of Employment Security Building. Although the GCC exerted greater control in choosing who would design the state’s building, they wound up with a brutalist result similar to the jury-selected design of City Hall.

As the BRA ordered changes to the site layout and the state government changed its spending decisions, the GCC had to work closely with their contracted architects to alter and approve plans. The original plan for several buildings on a campus was eventually unified into what appears to be a single building, but which functions as several separate buildings internally. This process was overseen and coordinated by the GCC. 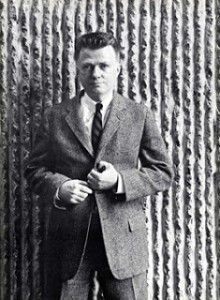 Paul Rudolph poses in front of his ribbed concrete exterior

Paul Rudolph was a modern architect who designed the Lindemann Mental Health Center portion of the State Services Center. Rudolph was the head of Yale’s architecture department and was known for his brutalist style and use of ribbed concrete surfaces.

Although Rudolph was originally supposed to design just the Mental Health Center, he eventually led the effort to integrate and combine the three buildings into a single triangular complex. Although the forms differ between the separate parts of the State Services Center, Rudolph’s iconic ribbed concrete, which he used on the Yale Art and Architecture Building.

Rudolph’s design of the State Services Center highlights the expanding role of government at the time. Following World War II, government at all three levels in America assumed roles as caretakers in areas like health, education, and welfare. These new and expanding departments within the Massachusetts government needed new space, and Rudolph made sure to provide them with a monumental building that used concrete to stick out as a landmark.