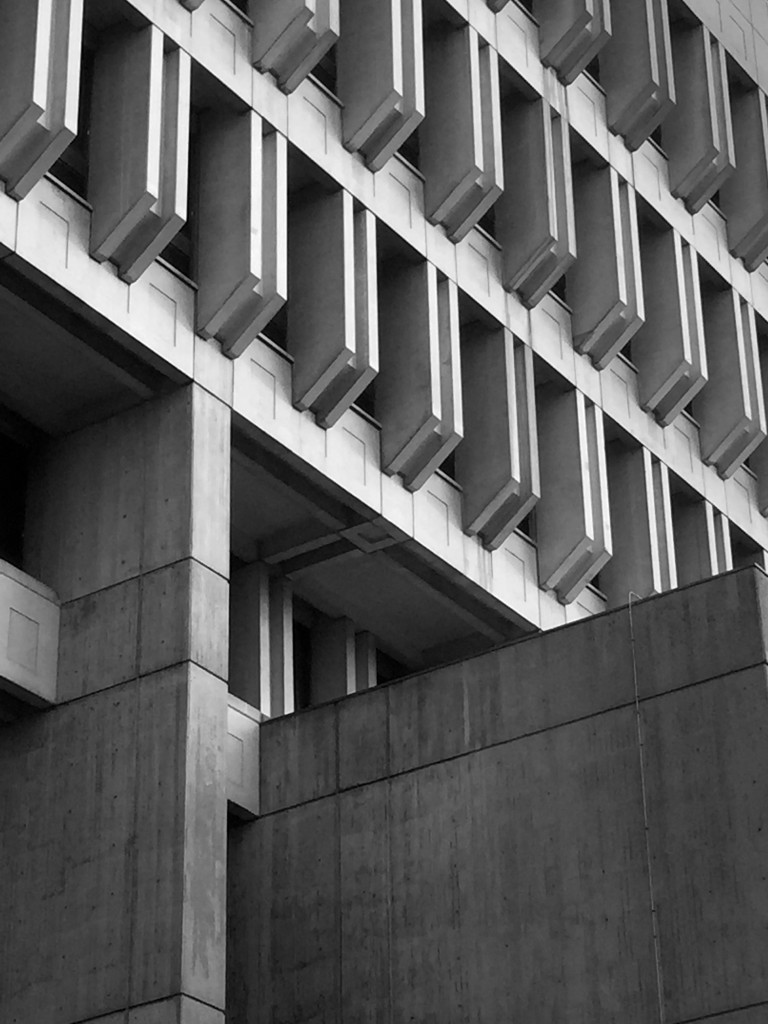 During the 1960s, Boston reinvented itself architecturally, socially and economically by converging its architectural and political history into a bold urban renewal plan. Concrete, the material for the “new Boston” was a metaphor for “progressive civic vision through monumentality and robust architectural expression” (Pasnik, Grimley, Kubo, 15). By analyzing two major buildings of the project The City Hall designed by Kallmann, McKinnell and Knowles, and Government Service Center by Paul Rudolph, we can see the tension between the aspirations of concrete versus the often-troubled reality of it. Both buildings exhibit through their structure, surface and sculptural forms an ambition to break away from the city’s corrupt political past and symbolize a new era of architecture, economy and politics. However, in the future we are often confronted with a controversial reality.

Concrete is a material full of paradoxes: it is sold, but can become a liquid; it is both stone and mud; and it is simultaneously natural and un-natural (processed and mass produced). It is these contradictions that suggest an inquiry beyond the basic aesthetics. A better understanding of the architecture is achieved by examining the finished architecture in combination with the motivations, ideals, and visions of the architects and the city’s institutions.

Kallmann, McKinnell and Knowles’s design for City Hall proposed a monumental concrete and brick building that declared a new vision of monumentality and permanence, while also embracing the past. Half of the concrete used is precast Portland concrete while the other half is poured-in-place concrete. Poured-in-place concrete is made by setting ready-mix concrete into removable forms such as wood frames to mold the structure. It has a coarse and grainy texture showing the pattern of the removable form it is poured in, while the precast concrete is smooth and lighter in color. 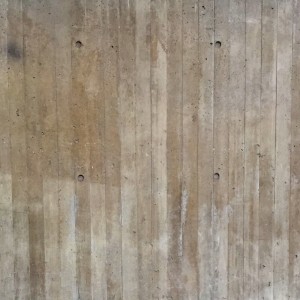 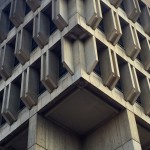 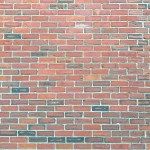 The different types concrete provided  transparency for the tripartite programmatic division ranging from private to public. 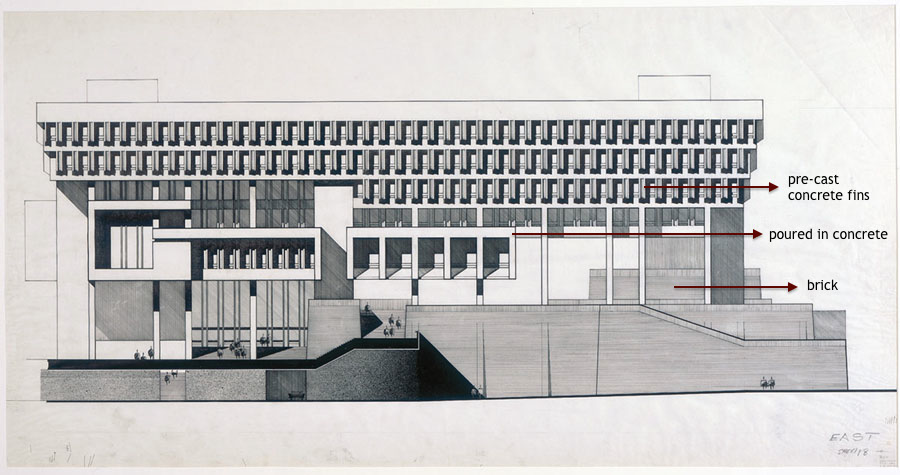 The red brick plaza embraces the building forming an uninterrupted base for public services. Transitioning into concrete, the middle zone is reserved for ceremonial spaces and the government functions. Poured-concrete hoods project outwards breaking the linear pattern of concrete shafts, articulating the mayor’s office and city council chambers on the exterior. The top, and most private section is elevated on a series of massive, irregularly spaced, poured-in-place concrete piers that contain office spaces. A series of pre-cast concrete paired fins frame the windows and enclose heating, air-conditioning and electrical systems. The municipal bureaucratic arrangement is reflected in City Hall’s use of exposed concrete and geometric complexity.

Kallmann, McKinnell and Knowles’s use of concrete was a means of rejecting the prevailing glass and steel modernism of the era. Despite concrete’s long history dating back to the Romans, it was regarded as an inherently modern material “whose existence lay in the future, rather than in the present or the past” (Forty, 38). This conception, combined with the political ambition towards monumentality and stability made concrete an integral part of the design concept. 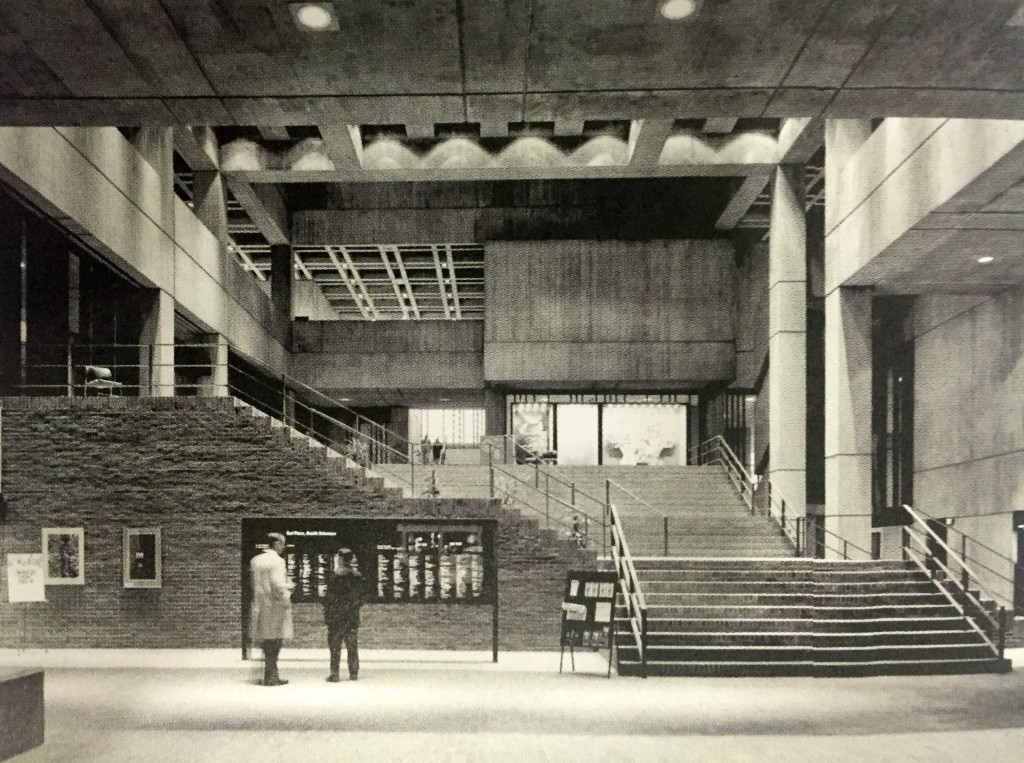 Similar to the exterior the interior of the building is made up of exposed precast and cast-in place concrete with small patches of brick masonry on the entrance floor. 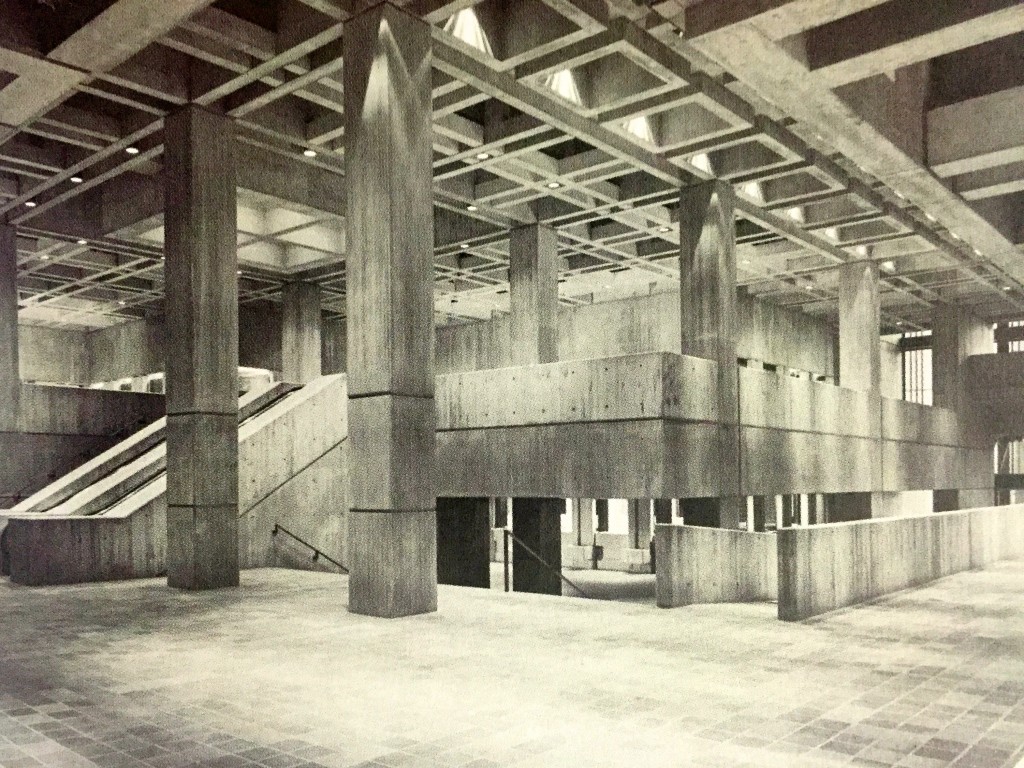 The ceiling is a precast modular system of Vierendeel trusses that integrates building systems such as pipes, ducts and electrical systems. 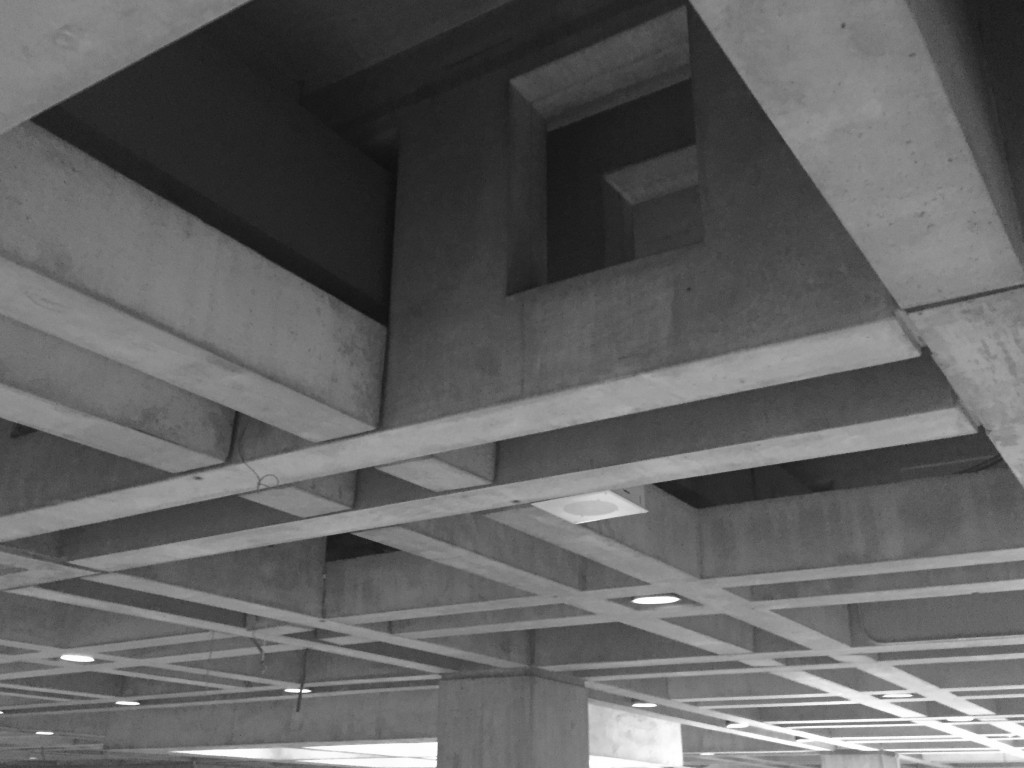 “I think if we could have done it, we would have used concrete to make the light switches.” – N. Michael McKinnell

The Government Service Center, partially designed by Paul Rudolph, is another building of major importance in the urban renewal plan that exhibits the language of concrete. The bush-hammered technique Rudolph applied to poured-in-place concrete stands as a striking contrast to the smooth, more-finished surface quality of the concrete used in City Hall building. The complex spatial program and radical material qualities intended to create a rich experience for those receiving medical care. Desmond and Lord Architects, Shepley, Bulfinch, Richardson & Abbott were among the several firms that received commission to design the three buildings dedicated to state services and Rudolph stood as the coordinator architect. 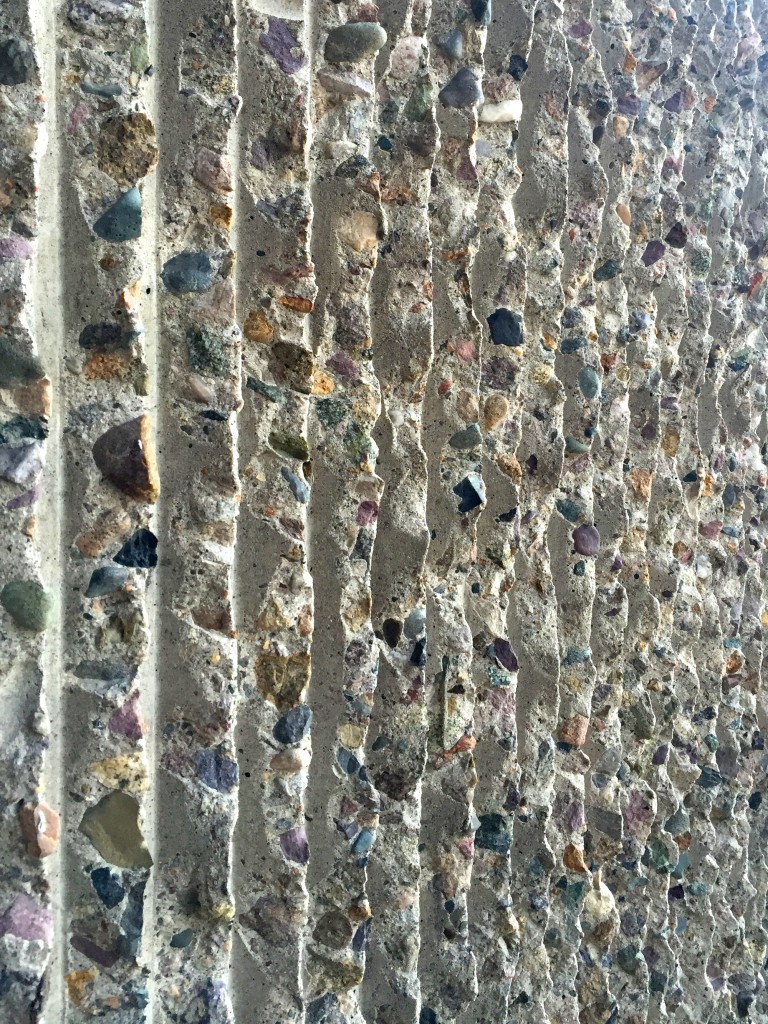 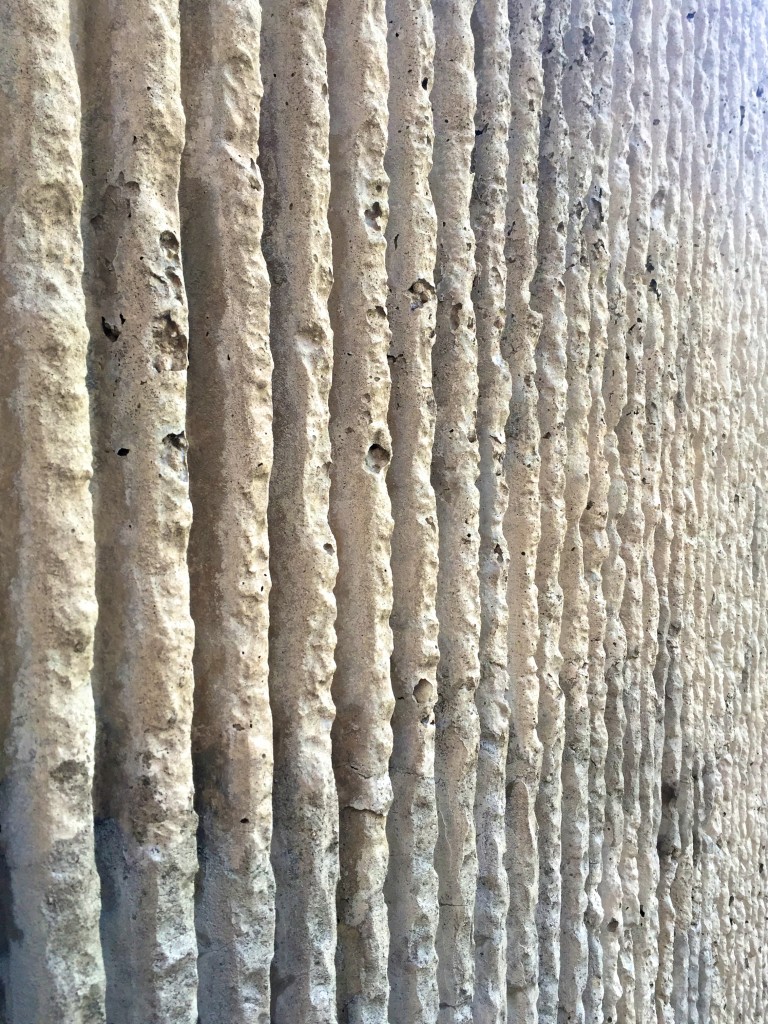 Similar to Kallmann, McKinnell and Knowles, Rudolph opposed the International Style embodied by glass and steel. The hammered concrete treatment of the surface both in the exterior and the interior of the building was meant to humanize the architecture while also providing a solution to the inconsistent decay of concrete. Unlike traditional materials concrete does not conform to the natural progression of decay and weathering. Therefore, exterior does not reflect its internal condition as it deteriorates from within. By creating vertical streamlines hammered into concrete Rudolph wanted to control the unpredictable weathering of concrete. He reasoned that “The notion of concrete and how it should be handled derives from how concrete weathers. My notion was that if you got the inner guys of the concrete, the aggregate and its color, exposed that, and then made channels for the staining to occur, that would weather much better.” 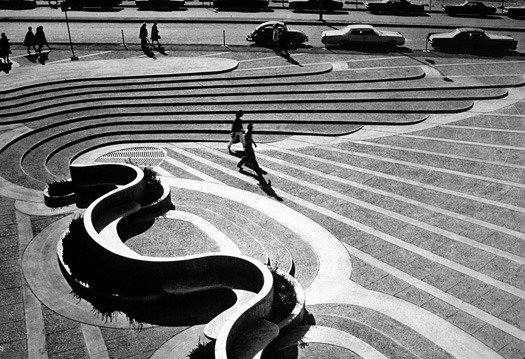 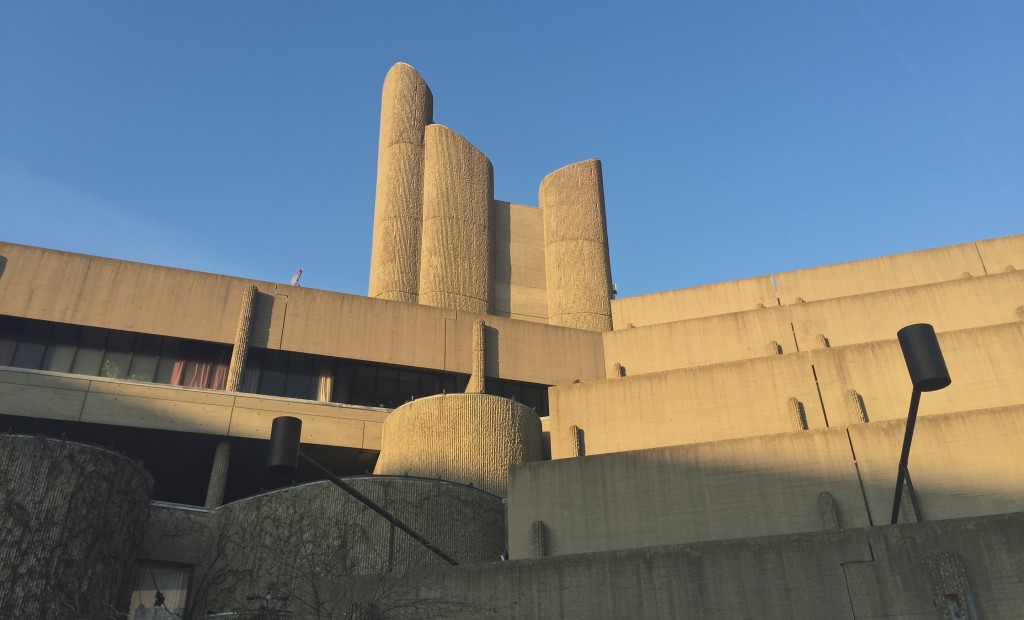 Bush-hammered masses are stitched up by poured-in-place concrete that is often discolored and weathered. 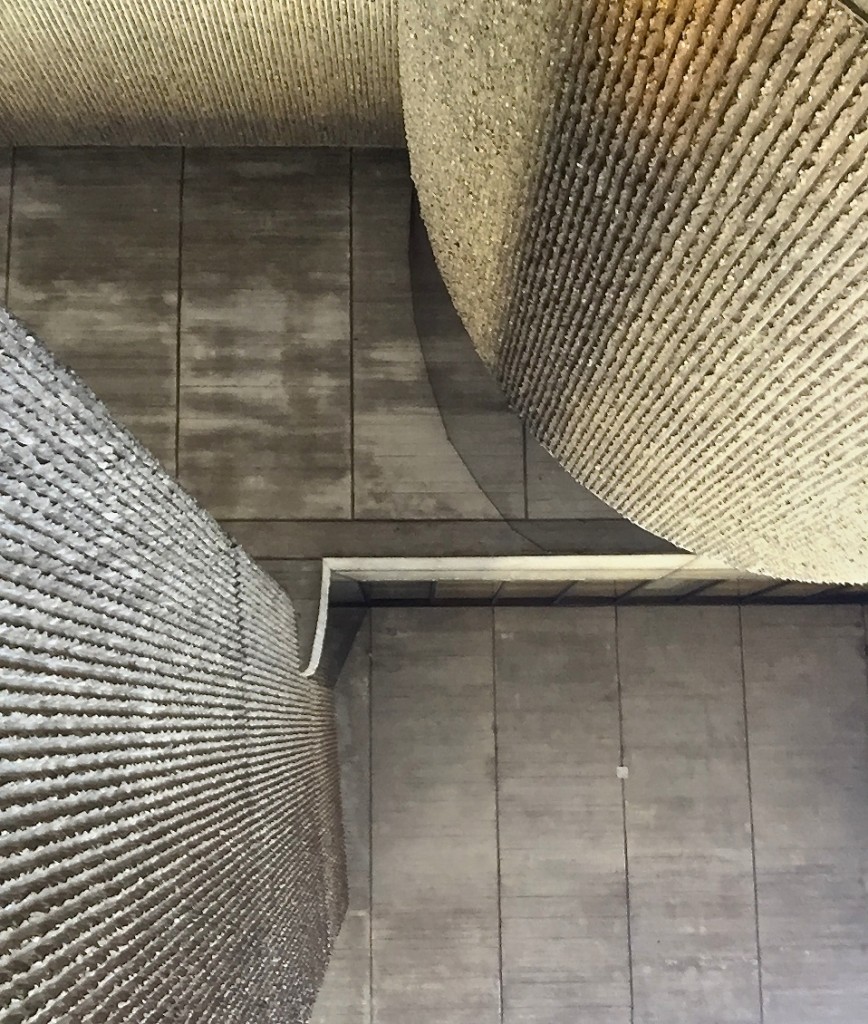 Poured-in-place concrete is used underneath masses due to the costly and time consuming aspects of bush-hammering technique.

Is Concrete a Modern Material?

Rudolph favored this treatment of the material because it is sensuous and sculpturally dramatic. He believed that “Every material has its own intrinsic values and uses” that is in essence “plastic.” This quality enabled Rudolph to develop sinuous forms, curvilinear walls, and emotive spaces. Concrete was a medium that manifested Rudolph’s vision of social, humanized architecture that was also dynamic and emotional. His cave-like spaces, elliptical elements, curved handrails were all sculpted from concrete. A material that is often conceived as “progressive” required exceptional craftsmanship, creating a tension between its modernity and primitivism.

All other images taken by Irem Bugdayci.