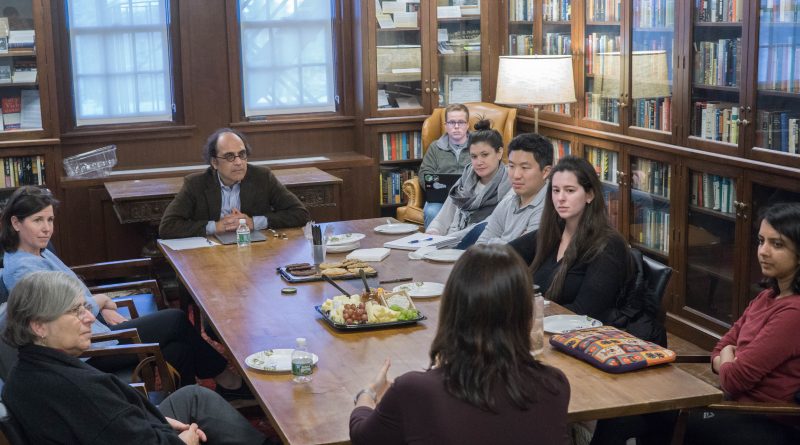 This past Spring, the Fletcher School of Law and Diplomacy’s Institute for Business in the Global Context (IBGC) hosted a panel of two of Tufts’ distinguished, computer science faculty members: Dr. Kathleen Fisher – Chair of the Computer Science Department – and Dr. Susan Landau – Bridge Professor of Cybersecurity & Policy at Fletcher. With Dr. Bhaskar Chakravorti of IBGC as moderator, the two professors discussed a question that has plagued the modern technology sector for far too long: why are there so few women?

Dr. Landau began the discussion by starting from the beginning: her educational background. A few decades before Dr. Landau began her studies, the commonly held idea that women were ill-suited for academic pursuits gained momentum in hard sciences. Women were simply “not smart enough” or “too emotionally driven” to offer any significant contributions to physics, mathematics, and related disciplines. In other words, Dr. Landau had to reconcile her love of scientific studies with male colleagues who were determined to make it impossibly difficult for her to pursue any such endeavors.

Actively dissuaded from writing papers as well as seeking their publication, she struggled to relay to colleagues the impact that sexism was having on her career. Sexist comments were simply a “matter of opinion” and were protected by the First Amendment same as any other disparaging, but ultimately permitted speech. To make matters worse, this institutionalized sexism allowed all manner of supervisors to commit such colorful offenses as calling her former employers to figure out if she was married, mistake her (with advanced degrees in mathematics and computer science) for a secretary, and questioning her academic credentials to a degree far higher than any male counterpart.

Dr. Fisher would provide a degree of contrast. She explained that, although she began her studies only a single generation after Dr. Landau, her professional experience has been far different. Rather than pursue computer science despite the actions of her male colleagues, a male advisor had actually encouraged her to pursue the very same. She went on to explain that she received maternity support during her Ph.D. program and received a few choice employment opportunities upon its completion.

However, the contrast ended there. In Dr. Fisher’s own words, women in computer science are “over-represented at the top, but not at all represented at the bottom.” The visibility of women leaders in the technology sector does little to encourage junior and mid-level software engineers who are female to stay in the industry long enough to form a “homegrown” base of talent from which boards can choose women executives.

The same sexism described by Dr. Landau also still exists but in a different form. Women still need to match the prevailing stereotypes of women in the workplace – and for computer scientists more generally – despite their increased representation. If they don’t, they are heckled or told that they don’t belong. This is made worse by the fact that their male (and particularly white) counterparts are always told that they belong, and even if these counterparts are less equipped to succeed, the constant positive reinforcement they receive actually gives them the energy to pursue more challenging goals.

Dr. Fisher then compared the difficulty of learning computer science to the difficulty of learning a language. To paraphrase, computer science has always been “secret knowledge.” Young, typically and socially awkward boys first learned how to code by tinkering with early-model computers. In the context of Dr. Chakravorti’s comment that computer games and toy robots were almost exclusively marketed to boys, these boys derived social worth as well as intrinsic, personal value from being the only ones who held that knowledge. When these boys began attending (and, eventually, teaching) college courses that discussed this material, they grew to dislike the large number of newcomers who didn’t look like they did that were trying to “join the club.” To this day, they ask demeaning, exclusionary questions in an attempt to discourage these newcomers, female or otherwise.

From these complementary narratives emerged a discussion among Drs. Landau, Fisher, and Chakravorti. Dr. Fisher first shared some encouraging statistics about Tufts’ own contributions to educating women in computer science. Since 2013, the number of female computer science students at Tufts has increased by 6.5% and today, Tufts’ female enrollment in CS is 28% vs. the 18% national average. This prompted Dr. Landau to muse that we’ve come a long way from the days that female musicians were forced to audition on soft carpet floors so blind audition listeners wouldn’t write them off for having feminine-sounding footsteps. Some other encouraging trends noted by all three professors:

As per tradition of Fletcher Reads the Newspaper, Dr. Chakravorti closed the workshop by asking the students in attendance to brief Agnes Hatley, Assistant Director of the IBGC, as if she were Sheryl Sandberg of Facebook on what their recommendations would be to make good on its commitment to diversity (with a particular focus on women). The ideas proposed included better training, diversity-focused interview questions, and mentorship programs designed exclusively for women.

All told, the conversation was well-struck, insightful, and provided an excellent foundation for future editions of the exercise. We encourage you to take a look at our past Fletcher Reads the Newspaper events and stay tuned for what’s next in the world of global business!