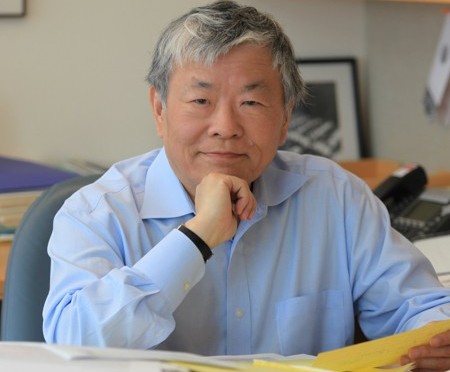 The Jean Mayer Human Nutrition Research Center (HNRCA) on Aging has invited the Nobel laureate Dr. Susumu Tonegawa to give a talk as part of the Drs. Joan and Peter Cohn Family lecture on nutrition, inflammation and chronic disease. This event also includes a panel discussion besides presentations from other distinguished speakers such as Jonathan Kipnis, Ph.D. (Director, Center for Brain Immunology and Glia, University of Virginia), Simin Meydani (Director, HNRCA), Irwin Rosenberg, M.D. (Director, Nutrition and Neurorecognition lab, HNRCA) and Dennis Steindler, Ph.D. (Director, Neuroscience and Aging lab, HNRCA). This event will take place on Dec 17, 2015 from 1-6 pm at the HNRCA building. (Registration link – https://secure.www.alumniconnections.com/olc/pub/TUF2/events/event_order.cgi?tmpl=events&event=2363222)

Dr. Susumu Tonegawa is currently the director of RIKEN-MIT Center for Neural Circuit Genetics and holds the Picower professorship of Biology and Neuroscience. He was awarded the Nobel Prize in Physiology or Medicine in 1987 for his discovery of the genetic mechanism behind antibody diversity in the adaptive immune system. His experiments, that started in 1976, countered the contemporary dominant idea that each gene produced one protein as he went on to show that genetic rearrangements in mature B cells in adult mice, compared to embryonic mice, are responsible for the diversity observed in antibodies.

Dr. Tonegawa received his Ph.D. in Biology from University of California, San Diego (UCSD) in 1968. He then went on to work as a postdoctoral scholar at the Salk Insitute in San Diego, and later at the Basel Institute for Immunology in Switzerland where he performed his landmark experiments. His current research focuses on understanding the molecular, cellular and neural circuit mechanisms underlying learning and memory formation using genetically engineered mouse models that have spatially or temporally restricted neurotransmitter receptor and enzyme expression, or have conditional knock-out of specific cell populations that are suspected to be involved in memory formation. These mutant mice, along with control mice, are then subjected to analytical methods such as behavioral tasks, in vitro electrophysiology, and both in vivo and in vitro high resolution optical imaging. The main questions his research sees to answer include what happens in the brain during memory formation, consolidation of short-term memory to long-term, and memory recall. He also seeks to understand the role of memory in decision-making, and how other factors such as reward, punishment, attention and emotional state can affect learning and memory formation. These research questions have great implications in understanding memory disorders such as Alzheimer’s where patients are unable to form new memories, or PTSD where patients are unable to suppress recalling of a highly unpleasant memory.

For more details on his work, please visit http://tonegawalab.org/research/.