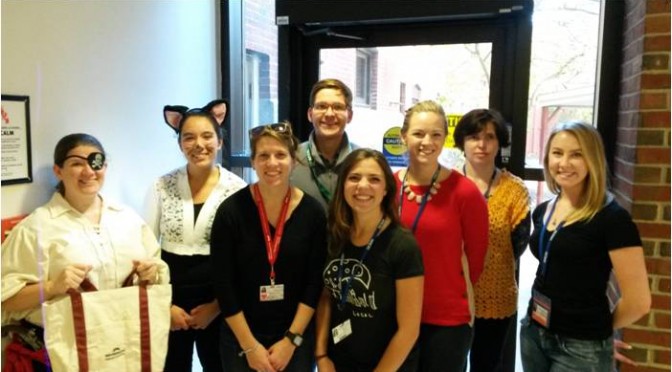 Teleconferencing from 100 miles away into classes, meetings, and extracurricular events is all well and good, but sometimes you just feel the need to practice schmoozing in person. The Sackler Graduate Student Council holds really relevant and useful networking events, and much of the content of these events can be taken advantage of through a teleconference connection, but it is hard to beat the rapport that is established when chatting, or bemoaning, face to face with colleagues over hors d’oeuvres. For anyone who does the bulk of their work away from the main campus of their organization it is imperative to find and cultivate local career enhancement resources. Not only does this give you access to opportunities in your local sphere, it also improves your connection with the members of the satellite facility.

For Sackler students studying at the Maine Medical Center Research Institute (MMCRI) in Scarborough, ME this resource is available in the form of the MMCRI Research Fellows Association (RFA). Because MMCRI is a relatively small institute, we currently have about twenty principal investigators, we have a fairly small number of postdoctoral fellows and even fewer graduate students at any given time. The RFA was originally founded to serve both groups and has recently expanded to serve non-faculty scientific staff and technicians as well. These groups share many of the same needs in terms of networking and professional development events, so the inclusiveness of the organization has worked well for us thus far.

The RFA leadership team and active members are constantly kept busy to ensure we are providing meaningful events each month. Here’s just a small taste of what we do:
• Increase MMCRI visibility in the community by sending members to participate in local career fairs and the Maine Science Festival

• Organize scientific talks from speakers suggested and voted on by RFA members
• Hold professional development workshops such as “Intro to LinkedIn” and “The Art of Schmoozing” lead by University of New England’s Career Services Coordinator, Jeff Nevers
• Maintain a library of material on resume writing, cover letter writing, grant writing, and networking advice
• Work closely with MMCRI and MMC Human Resources to utilize hospital resources such as MMC’s Training and Organizational Development department for the benefit of our members
• Poll members annually on which of their professional development needs are being met and which still need to be filled
One of our newest events is also one of my favorites. In the spirit of positive reinforcement we recognize and celebrate either a mentor or a pair of researchers (one technician and one academic) of the year. This occasion allows the RFA to show appreciation for mentors and colleagues who demonstrate superlative qualities. Appreciation in the case of researchers includes $500 from the RFA discretionary fund (supported by our fundraising efforts) to participate in further career enhancement.

MMCRI may be 100 miles away from the biotech hub that is Boston, but we’re no backwater slouches when it comes to career enhancement and professional development!