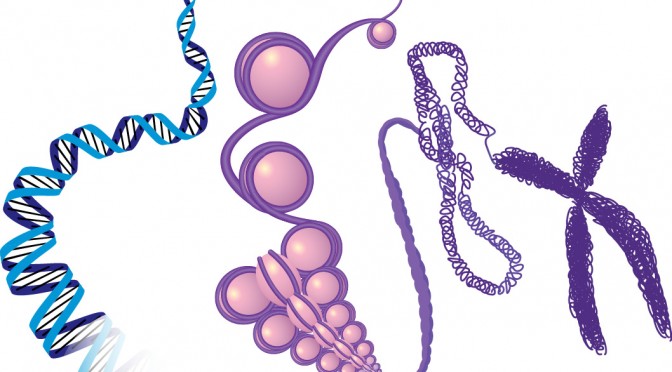 The advent of the epigenetics field occurred more than a decade ago and has since rapidly revolutionized our understanding of disease and inheritance. The term epigenetics encompasses any molecular switches attached to DNA that turn “on” or “off” the expression of genes. In germ cells, these molecular motifs can be passed onto the progeny. Although several types of epigenetic markers are known to exist, two types have been well characterized. The first one being histone modifications, which indirectly impact gene expression by altering nucleosome structure, and the second one being direct methylation of the DNA. The prevailing dogma in the field is that mammalian DNA methylation exclusively occurs on the fifth position of cytosine (5mC). However, the Xiao lab at Yale recently confirmed in the March issue of Nature that adenine methylation (N6-mA) can also occur in mammalian embryonic stem cells (ES cells).

Historically, adenine methylation has been known to predominantly occur in prokaryotes. Dam methylase, the bacterial enzyme responsible for methylation, has been heavily studied in E. coli since the 1970’s and controls mismatch repair of DNA, DNA replication, and gene expression. It was only until recently that several groups reported N6-mA occurring in the invertebrates, such as Drosophila, C. elegans, and green algae. Interestingly, N6-mA in these “simple” eukaryotes was implicated in activating gene expression. This is in striking contrast to 5mC, which represses gene expression in mammals. In December, a research team at the University of Cambridge published the discovery of N6-mA occurring in mouse and human cells, albeit at several orders of magnitude less frequently than cytosine methylation. However, this team was not able to identify the consequence of N6-mA on mammalian gene expression.

The Xiao lab at Yale elaborated on this discovery by finding that N6-mA represses genes on the X-chromosome of ES cells. First, the team confirmed adenine methylation was occurring in ES cells using SMRT-ChIP and mass spectrophotometry techniques. Next, they identified the demethylase enzyme Alkbh1 to be responsible for controlling N6-mA by generating a homozygous Alkbh1 knockout line. In this knockout cell line, they found increasing N6-mA levels on the X-chromosome of ES cells, indicating that adenine methylation is misregulated without Alkbh1. Intriguingly, the team found N6-mA to correlate with the silencing of LINE-1 elements. These elements are retransposons that are enriched at the X-chromosome. Although the majority of LINE-1 transposons have lost the 5’UTR and other proximal regions, several full-length “young” LINE-1 transposons exist at the X-chromosome and can be autonomously transcribed. The researchers found N6-mA to accumulate on “young” LINE-1 elements but not older, aberrant elements. Furthermore, N6-mA accumulated and silenced neighboring LINE-1 genes. These neighboring X-chromosome genes are known to play a role in cell fate decision.

The implications of the Xiao team’s findings are numerous. First, adenine methylation of LINE-1 elements appears to have evolutionary significance. N6-mA at these sites silences LINE-1 expression and neighboring gene expression and this is exactly opposite to the role N6-mA plays in invertebrates. The researchers hypothesize that controlling LINE-1 expression safeguards the active transcribed elements from reintegrating into the genome and creating genomic instability. Additionally, since neighboring genes are silenced by N6-mA, the epigenetic marker could play a salient role in embryogenesis. Although Alkbh1 cells are capable of differentiating, the Xiao team found that these knockout cells have an imbalance in cell fate decision. Another implication of N6-mA on the X-chromosome is that it could be the mechanism of X-inactivation in females and ultimately control sex ratios, since LINE-1 elements are enriched at the X-chromosome. Finally, because LINE-1 elements are also enriched in tumor cells, N6-mA sites can give us some more insight into oncogenesis. In conclusion, the Xiao lab’s findings enhance our understanding of the mammalian epigenetic repertoire and open new avenues to therapeutic design for a range of diseases.