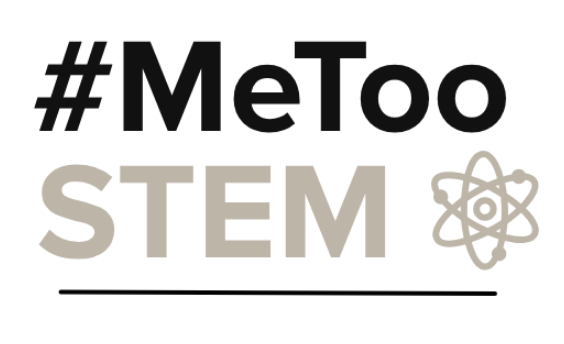 On October 21, the National Science Foundation’s (NSF) new policy to fight sexual harassment in science went into effect. This policy requires institutions that receive NSF funding to report to the agency any findings related to sexual harassment, including coercion, assault and other forms of harassment (as defined here), by principal investigators (PIs) and co-PIs, within ten business days of the report. This policy also requires the institutions to report any administrative actions that have been taken against such PIs, including putting them on a leave during an investigation. This policy, originally drafted in February of this year, will apply to any new grants and any extensions to existing grants made on or after that date, and is considered as the “strictest action yet by a US research funding agency” to fight sexual harassment.

In comparison, the NIH’s new efforts to battle sexual harassment pales when held up to the NSF’s new policy. Several months after the NSF’s initial undertaking to design their policy, NIH Director Francis Collins unveiled the new anti-sexual harassment website containing a centralized reporting system for sexual harassment and violence, and updated policies that would apply to the institutions that receive NIH funding. These policies require the institutions to also develop and foster an environment that prevents gender violence, increase accessibility to reporting of incidents, respond to any reported incidents and notify the NIH in case of status change of the PI/co-PI on existing grants.

While these policies seem sound, a comparative analysis between NSF and NIH’s efforts reveal the lukewarm nature of such policies. The NSF requires that the agency be notified by funded institutions whenever a PI/co-PI has been placed on administrative leave, faces any administrative action related to the incident, or is under investigation for violating the award policies or the codes of conduct related to sexual harassment. In contrast, the NIH only requires that it be notified when there is a change of status for the PI/co-PI (a change of status is required when a PI/co-PI is no longer able to substantially contribute to the research efforts of the grant awarded). In addition to requiring that incidents be reported within ten business days, the NSF also has a review process for evaluating such incidents. The NIH has no such timeline, provides no guidance on investigating such incidents, and has no proper review process in place for determining the course of administrative action. It should be noted that both the NSF and NIH are dependent on the investigation performed by the alleged perpetrator’s host institution, which is a problem in itself given how universities seem reluctant to pursue sexual harassment cases.

The starkest difference between the NSF and NIH policies seems to revolve around the question of what will happen to the funding situation for the alleged perpetrator if they are to be found in violation of the codes of conduct. Under the NSF policy, the PI/co-PI can be either removed from/substituted in the award, or have their funding amount reduced, or have their award suspended or terminated. However, in the FAQ section of the new NIH website, the question of removal of funding is described as a “complex issue” and refers to an existing policy requirement that is not specific to gender violence and sexual harassment issues. NIH Director Francis Collins pointed out that NIH grants are awarded to “institutions, not to individuals”; he also mentioned that due to the legal constraints the NIH faces since it is under the Department of Human and Health Services (HHS), immediate termination of the perpetrator’s funding cannot be applied as it can from the NSF, which is an independent agency.

Critics argued that Collins’ rationale appears contradictory and unclear. NIH policies allow grantees to transfer their funding when they change institutions, which is directly opposite to his statement that NIH grants are awarded to institutions and not individuals. Additionally, there are other mechanisms that the NIH can use to address time-sensitive issues, such as those of sexual harassment when they threaten the safety of scientists. The disappointment and frustration expressed towards NIH’s lukewarm efforts to fight sexual harassment is amplified by the fact that Collins had announced this topic to be on his agenda back in 2016. Critics pointed out that if the NIH had actually started working on this issue when they promised, they would have already made progress with the the complex rulemaking process. Collins has promised to work with the government and his counterpart in NSF, France Cordova, to work on these issues.

The issue of gender violence and gender bias in STEM fields have taken a center place with the burgeoning #MeTooSTEM social media movement. It was given a more concrete place in policymaking with the report from the National Academy of Sciences, published on June 12, that showed how pervasive these issues are, the failure of current Title IX policies, and the absence of any specific policies to address them. In this report, female STEM students in the University of Texas system reported higher levels of sexual harassment and related issues compared to non-STEM majors, with the highest level in Medicine; similar trends were found when female graduate students in the Pennsylvania state system in a separate survey. The report also showed how sexual harassment is also harming careers and driving women away from pursuing scientific careers altogether. All this data build on previous research which showed that prevalence of sexual harassment in academia stands at 58%; women of color, LGBTQIA and gender minority folks experienced a higher rate of harassment. The NIH’s new policy does not take into account the barriers victims face when reporting incidents of sexual harassment and violence due to established power dynamics and the pervasive patriarchy in society; nor does it take into account that it is more often than not that the victim suffers in their professional careers more than the perpetrator. The latter is exemplified in the case of the tobacco researcher at UCSF, who has been found guilty of sexually harassing a post-doc (although the perpetrator has denied responsibility), but is still employed and lauded by UCSF for winning a large NIH grant, whereas the post-doc had to leave the university and her work has not been published. This only adds to the argument as to why the NIH needs to take serious action against perpetrators and not reward them further with more funding.

Scientists are not just waiting for NIH to catch up on the times to fight gender violence – Beth McLaughlin, the founder of #MeTooSTEM, and others have launched a petition to Francis Collins to stop funding perpetrators of sexual misconduct. Julie Libarkin has created a detailed spreadsheet of publicly available information on sexual misconduct in academia. Maryam Zaringhalam and Angela Saini are trying to bring Saini’s book Inferior, which details how gender bias in STEM fields have been constructed over decades, to public schools in the US to educate the youth, and especially encourage girls to pursue scientific careers. These trailblazers are, unsurprisingly, all women. It is also critical to note that neither these policies nor a critical examination of the pervasiveness of sexual harassment in academia would have come to light without these young women scientists blowing the whistle at great risk of their careers. Ultimately, the effects of gender violence and gender bias affects all sexes, and we should all be doing our part, especially the male scientists, to fight against it and not leave the burden on those who are affected by it the most.