Atherosclerosis is a chronic inflammatory disease where lipid-rich plaques form in blood vessels. Atherosclerosis is a potent risk factor for more severe forms of cardiovascular disease (CVD), such as heart and stroke, which occur when plaques rupture, disrupting blood flow. Highly inflamed plaques with large lipid cores are more vulnerable to rupture, implicating mechanisms that regulate lipid metabolism and inflammation as integral to outcomes of atherosclerosis. As CVD remains the leading cause of death worldwide, there is a critical need to study the mechanism by which atherosclerosis develops.

This summer, we looked for patterns across genes that have been experimentally shown to affect atherosclerosis in 10% of all published ApoE KO mouse atherosclerosis studies. We collected data from studies describing directional changes in plaque size, lipid content, and inflammation that resulted from a single gene perturbation. The analysis was performed using a bioinformatics software called Ingenuity Pathway Analysis (IPA), which looks for patterns in gene expression data and offers predictions of pathway enrichment and relevant regulatory networks.

Three significant upstream regulators of plaque size were identified, all of which are known to interact with COX-2, an enzyme that mediates inflammatory responses in macrophages. COX-2 was predicted to be activated, implicating COX-2 as a potential master regulator of gene changes associated with increased plaque size.

However, selective COX-2 inhibitors are associated with increased cardiovascular risk, which does not align with our findings of COX-2 as a regulator of plaque size increase. One possible reconciliation of this discrepancy is that COX-2 may not lie as upstream as we had thought, and that it is merely activated as a response to other changes associated with increased plaque size and composition. Overall, further investigation is needed to understand COX-2’s role in atherosclerosis.

In humans, CVD develops differently in men and women, underscoring the importance of examining biological mechanisms that might explain these sex differences.

Certain pathways were differentially regulated in males and females. Estrogen receptor (ESR) signaling was inhibited in females but activated in males with atherosclerosis. ESR signaling may have an atheroprotective effect in females, as inhibition of ESR signaling was associated with larger plaques. This finding is consistent with the observation that the risk of atherosclerosis increases in post-menopausal women, after estrogen production stops.

PTEN signaling was also oppositely regulated by sex. PTEN is a tumor suppressor that is well characterized in cancer, but less so in CVD. PTEN has been shown to regulate proliferation, migration, and survival in vascular smooth muscle cells, and aberrant vascular smooth muscle cell proliferation contributes to plaque development. Here, our findings suggest a novel role for PTEN signaling as a contributor to sex differences in CVD outcomes.

Further exploration of sex-dependent mechanisms may allow for the identification of sex-specific drug targets.

Overall, meta-analyses are common in clinical research but, until now, have not yet been implemented in basic science research. Systematic analyses of basic science studies may prove to be a powerful tool in identifying relevant pathways and regulators of atherosclerosis, and a better understanding of these mechanisms could result in a broader array of treatments designed to inhibit this process. 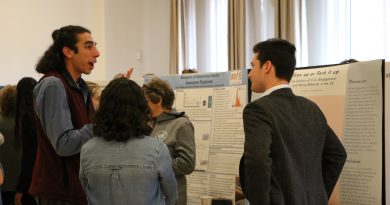 One thought on “Using In Silico Methods to Examine Atherosclerosis in the ApoE KO Mouse: a Basic Science Meta-Analysis”