I am very excited to be sharing my research, which is based on understanding environmentally friendly alternatives to energy production. This includes the use of the specific alkane, ethane, instead of traditional oils as a source of energy. Ethane is very important for the production of ethylene, which can be used to make many different chemicals and fuels. Currently, oxygen is reacted with ethane to produce ethylene and water (Scheme 1). The reaction that my research focused on was the reaction between ethane and carbon dioxide instead of oxygen to create ethylene, carbon monoxide, and water (Scheme 2).

There are important benefits of using the second reaction scheme (Scheme 2). The first benefit is that more of the desired product (ethylene) will be created and ethane won’t be converted into undesired products (like carbon monoxide and carbon dioxide) in total and partial combustion. The next benefit is that it reduces carbon dioxide emissions because the right pathway uses up carbon dioxide. Carbon dioxide is a greenhouse gas and contributes to climate change. Therefore, using the right pathway instead of the left is a clear benefit for our planet. So why hasn’t it been put to use in the industry? One of the challenges of this process is the energy required for dehydrogenation, which was the main focus of my research for the summer.

A transition state is a specific molecular configuration with the highest potential energy between reactants and products. The activation energy is the minimum energy required to complete a reaction from reactants to products. How could the rate of the reaction be increased to create more of the desired product? More money could be spent on energy to use for production, but this would be expensive and a waste of energy. Instead, a catalyst could be added to the reaction to lower the activation energy. A catalyst lowers the activation energy for a reaction by either orienting the reacting particles in such a way that successful collisions are more likely or reacting with the reactants to form an intermediate that requires lower energy to form the product. The catalyst being explored for my research is cobalt molybdate.

The energy of each state was found using VASP, which is a package for performing density functional theory (DFT) calculations. Linux was used to edit and submit VASP calculations in the Tufts HPC Research Cluster and Stampede2 Supercomputer was used to run the VASP calculations. The energy graph shows the electronic energy of the 6 states in order. On this graph, a state with lower electronic energy is more stable. To go from the physisorbed to the CO 2 state, the system first needs about 30 kJ of energy per mole of reactants to get to the adsorption transition state. The second transition state is much higher in energy.

Reconstructing Kin Across Time and Space: A Family History of Lili Kahn Deutsch 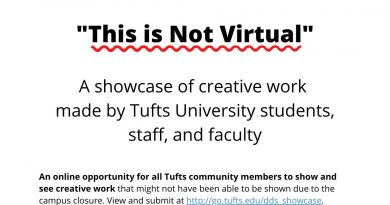