Our lab studies repetitive DNA sequences using baker’s yeast as our model organism. Specifically, we study CAG repeats in DNA. A stretch of CAG repeats is present in an artificial chromosome present in the yeast strains we work with, and we perform various experiments on the yeast cells to see what happens to the CAG repeats in different conditions. Yeast is a good model organism becomes as different as they seem, yeast cells actually function relatively similarly to human cells and share many of the same proteins, and are much easier to work with. This makes them great for studying human disease and genetics. Expansions of repetitive regions in the genome can lead to various genetic disorders. My project focuses on CAG repeats, which are linked to neurodegenerative diseases such as Huntington’s disease, spinocerebellar ataxia and myotonic dystrophy.

APOBECs are a family of enzymes found in humans known as cytosine deaminases. This means they act on the DNA nucleotide cytosine, which is one of the four DNA building blocks or bases, and mutate it to uracil, a base not normally found in DNA. Any mutations in DNA can have adverse effects, and these modifications are especially likely to, since they require the recruitment of DNA repair pathways that often lead to even more mutations. APOBECs have important roles in the immune system, such as mutating the DNA of viruses to prevent them from replicating. However, when they act on our own DNA it can be very harmful. APOBEC mutations have been detected in 75% of cancer types and are found in over 50% of all cancers. These mutations can have a significant effect on worsening the cancer’s progression and making them more resistant to the immune system and therapy. One of the major reasons we’re interested at APOBECs acting at CAG repeats is the presence of structures called R-loops. R-loops are DNA-RNA hybrids that can form during transcription, and they are predicted to be stabilized by CAG repeats due to the formation of DNA hairpins (which is when single stranded DNA anneals to itself and forms a loop) in the other strand. They leave exposed DNA which can be targeted by various processes that can lead to mutations and breakage.

Earlier data collected in our lab shows that the cytosine deaminase fcy1, which is the equivalent of an APOBEC for yeast, indeed causes an increase in fragility (DNA breakage) and instability (expansions or contractions) at CAG repeats, and that this was occurring specifically at R-loops. We also have more reason to think specific APOBECs might target the CAG repeat. AID and APOBEC3A have been the focus of my project thus far, and their preferred recognition sites (the DNA sequences they target) appear in CAG repeats. AID is particularly interesting because it is highly mutagenic acting on single stranded DNA and its recognition site appears in CAG repeats with the hairpin forming on either the top or bottom strand. In my experiments this summer to see if the APOBECs cause breakage at the CAG repeat, I used yeast cells that lack fcy1. This is because we feared fcy1 might bind to the exposed ssDNA at R-loops, preventing APOBECs from gaining access to them which would make it impossible to determine if APOBECs can cause breakage at these sites. I also grew them with and without the antibiotic doxycycline- adding this antibiotic causes more APOBEC to be expressed. The data I collected showed fragility is higher in cells expressing APOBECs than those without, and highest in those with increased APOBEC expression. However, I didn’t observe the same trend in instability, where the background rate looked very high, rendering the data inconclusive. My next steps will be to try some instability controls again to see if it makes the data easier to interpret, and then to perform these assays in strains that accumulate more R-loops to see if a more dramatic effect is observed. 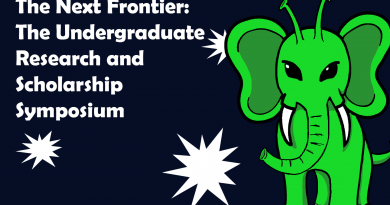 Meaningful Connections: Mentor-Mentee Relations and Their Promotion of Sense of Belonging Amongst First-Generation Students