The Contested Legal Legacy of the Isabella Stewart Gardner Museum

If you live in Boston, you’ve probably visited the Isabella Stewart Gardner Museum, a beloved local museum that preserves the impressive art collection of philanthropist and socialite Isabella Stewart Gardner (1840–1924). Fewer of us, though, are familiar with the museum’s complicated legal history, and the public uproar that occurred when the museum announced its intention to expand several years ago. January of this year marked the ten-year-anniversary of the opening of the museum’s New Wing, so there is no better time to look back on this complicated but fascinating story.

On January 19, 2012, museum director Anne Hawley, then-mayor Thomas Menino, and several museum trustees gathered in front of the 70,000-square-foot New Wing and cut a red ribbon to formalize its opening to the public. But despite what this fanfare might suggest, the completion of the New Wing—and the years-long construction project that preceded it—were not without their share of controversy. While museum stakeholders envisioned the New Wing as a symbol of the museum’s entry into the twenty-first century, opponents saw it as an affront to Isabella Stewart Gardner’s stated desire that the museum not change in any way following her death, and a brazen attempt by the museum to ruin the institution’s unique history. Contentious debate ensued as supporters and opponents of the New Wing alike insisted that Isabella herself would have taken their side.

Isabella Stewart Gardner, born in New York City in 1840, first developed a passion for art collecting after learning that she could not have children, and dedicating herself to travel instead. A large inheritance obtained upon the death of her father enabled Isabella to purchase works by renowned artists including Vermeer, Whistler, Titian, and Degas, and before long, her collection had outgrown her home at 152 Beacon Street. At this point Isabella and her husband, Jack, decided to build a museum to house their collection, which ultimately numbered over 2,500 works spanning from ancient Egypt to their own day.

Just a few weeks after Jack’s untimely passing in 1899, Isabella acquired the land in the Back Bay Fens where her museum now stands. Devastated by the loss of her husband, Isabella threw herself into the building project, and after nearly four years of construction and curation, the Isabella Stewart Gardner Museum (then called Fenway Court) opened on January 1, 1903. Visitors coming to the museum in search of a lesson in art history were surely disappointed: the museum offered no maps or guides, and almost none of the works had labels explaining their significance; instead, the arrangement of the collection was driven purely by Isabella’s eccentric taste.

It was exactly this unique arrangement that Isabella sought to preserve in perpetuity through her famously restrictive will, which mandated that the collection at Fenway Court was to be preserved without alteration “for the education and enjoyment of the public forever.” Absolutely nothing in the museum was to be moved or sold, and no additional artworks could be added, or else the entire collection would be dispersed. In effect, the museum was to be frozen in time even as the years wore on.

Isabella’s wishes were followed to the letter for decades, but by the turn of the twenty-first century, it became clear that the will’s restrictiveness was jeopardizing the museum’s success. Visitorship had skyrocketed, and the original building proved poorly suited for hosting hundreds of thousands of visitors per year. New spaces like a café, a bookstore, and a gallery for temporary installations were stuffed uncomfortably into the space. Conservation was becoming a challenge as well: the haphazard arrangement of the galleries combined with the high number of visitors meant that people were constantly bumping into the historic furniture, damaging it over time.

Because Isabella’s museum couldn’t be changed without violating her will, it seemed that the museum had no choice but to eventually fall into chaos and disrepair. But with the arrival of director Anne Hawley in 1989, a new vision for the museum began to take shape. 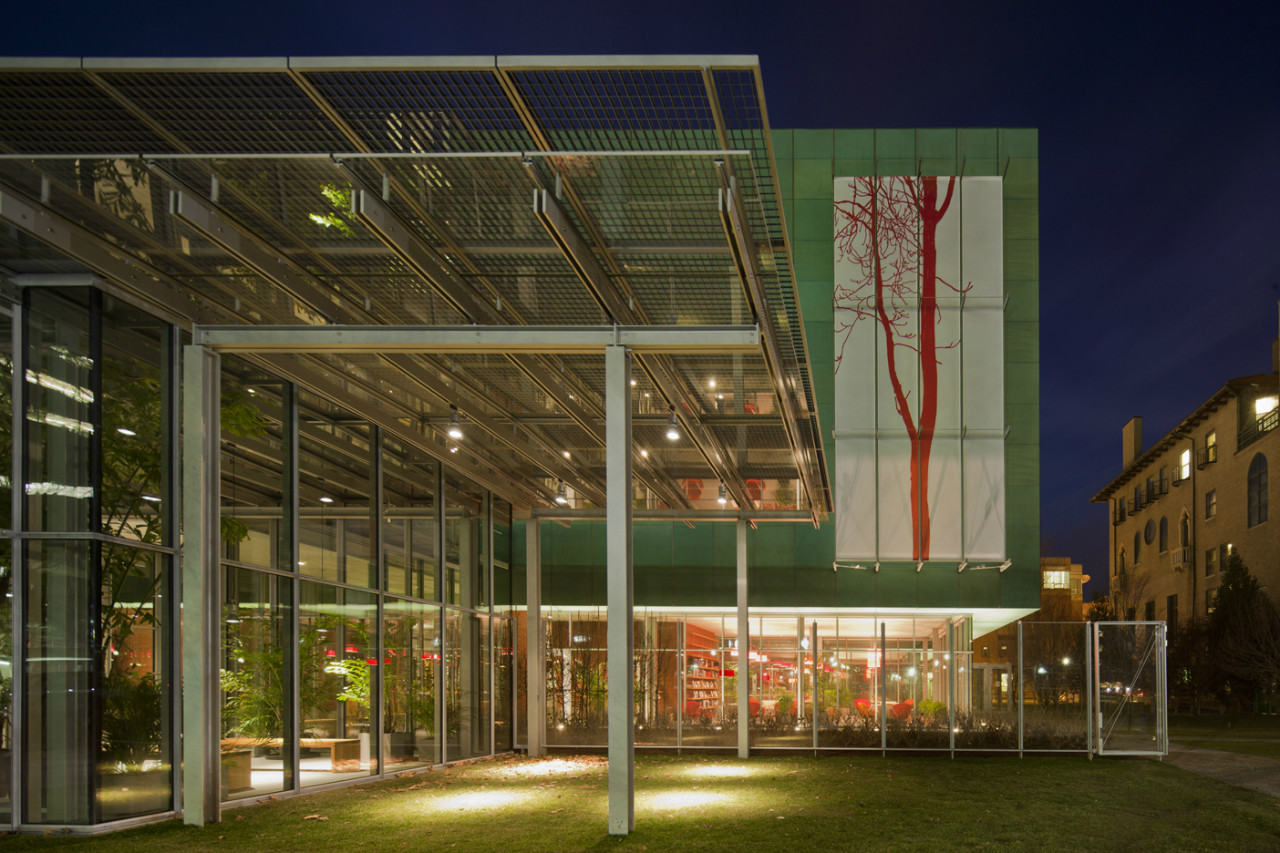 The New Wing of the Isabella Stewart Gardner Museum, opened in 2012.

The board ultimately concluded that the only viable path forward was to add a new wing to the museum, and in 2004 they hired architect Renzo Piano to take charge of the project. Piano’s four-story New Wing, which opened to the public in 2012, sits a short distance from the original building. Its glass walls allow sunlight to flood the space during the day and provide a clear view of Isabella’s museum. It features a performance hall, a gallery for temporary exhibitions, classrooms and art workshops, conservation labs, a restaurant and gift shop, and nearly doubles the museum’s footprint, successfully addressing many of the problems that the original building faced after nearly a century of operation.

Hawley and the board acknowledged that while the addition of the New Wing was technically a violation of Isabella’s will, it was an unavoidable necessity. Supporters of the New Wing project also emphasized that Isabella’s collection would remain virtually untouched as the New Wing was an entirely separate but complementary space. But nevertheless, several local groups, including the Friends of Historic Mission Hill, voiced serious trepidation about the project, and the museum’s willingness to disregard Isabella’s explicit instructions. As such, in 2008, when the museum formally sought legal permission to break Isabella’s will, the Friends also filed a brief, pleading with city authorities to halt the project.

Ultimately, though, the project proceeded unabated, and the New Wing has not suffered for popularity since it opened. In 2016, it was awarded the Harleston Parker Medal, which the Boston Society of Architects has awarded to the “most beautiful building” in the city every year since 1921.

Regardless of how we each feel about the New Wing, we can all agree that Isabella herself—whether she would love or hate the New Wing itself—would have gloried in the drama surrounding the project. She was known by her contemporaries to be an unconventional woman, at least by the standards of her own time, and as journalist Francis Storrs has written, in her lifetime she “happily watched her mythology grow, even if it meant letting false accounts of her exploits go uncorrected in the press;” she even went so far as to advise a friend to never “spoil a good story by telling the truth.” The construction of the New Wing certainly made for a good story that aroused strong opinions in its various constituents—which Isabella herself surely would have appreciated.