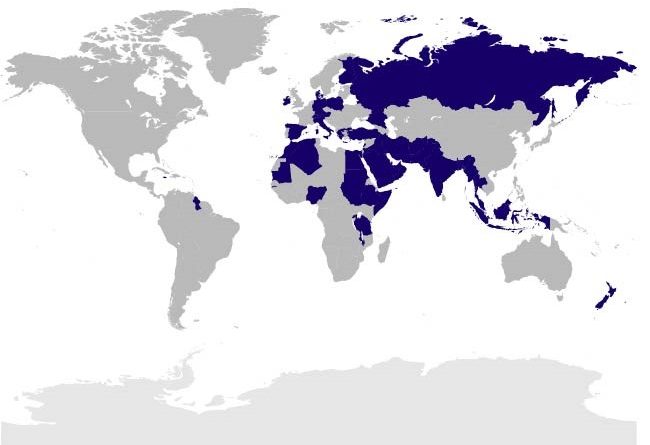 Giving Space to Everyone: Blasphemy Laws and Human Rights

Blasphemy laws criminalize words or actions that are considered insulting to a religion, a religion’s personages, or a religion’s holy texts. These laws exist in at least 53 countries; of which more than 80 percent have ratified the International Covenant on Civil and Political Rights (ICCPR), which protects the freedom of religion, the rights of religious minorities, and the freedom of expression.

Research on the blasphemy laws of five countries (Egypt, Germany, Indonesia, Nigeria, and Pakistan) found their implementation to be against international human rights law.  Blasphemy cases are motivated by economic, social, and political tensions, and their misuse has negative implications on the freedom of religion and the rights of minorities, the freedom of expression, and the rule of law.

The Freedom of Religion and Rights of Religious Minorities

The freedom of religion is a fundamental human right that cannot be limited. Additionally, states are required to protect the rights of religious minorities.  While the ICCPR includes guidelines on specific restrictions allowed on the manifestation of religion, states may only do so by following a strict interpretation of Article 18.  Blasphemy laws are used for illegitimate goals under the ICCPR and are implemented in a way that protects only majority religions; disproportionately impacts religious minorities; and emboldens hardline groups to take actions against minorities.

Blasphemy laws tend to protect the country’s majority religion, which discriminates against those religions not protected.  The Human Rights Committee clarified the right to freedom of religion extends to minority and newly established religions, not solely the majority or traditional religion in a country.  In Egypt and Indonesia, the governments recognize a limited list of religions while also banning entire religious sects altogether.  The protection of certain religions over others unduly restricts the rights of religious minorities.

Convictions for blasphemy disproportionately impact followers of minority religions.  In Pakistan, Ahmadiyyas comprise 0.2 percent of the population and are subjected to blasphemy accusations at 34 percent while Christians comprise 1.8 percent and are accused at 13.9 percent.  While governments intend their blasphemy laws to help protect religious harmony (Indonesia) and maintain sectarian peace (Pakistan), they have the effect of actually provoking violence against religious minorities.

The existence of blasphemy laws emboldens hardline fundamentalist groups.  With a state law as justification for their behavior, these groups perpetrate hostility and violence against religious minorities.  While these groups represent a minority of the population, they are able to exploit the political and socio-economic frustrations of the majority, particularly in systems that are non-democratic or where the rule of law is fragile.

The Freedom of Expression

Blasphemy laws are used to silence criticism and settle personal and political disputes, which encourages self-censorship.  Egypt’s blasphemy law is used against individuals critical of those attacking religious minorities.  In Nigeria and Pakistan, the sensitive nature of blasphemy means it is easy to invoke, with individuals spreading rumors and accusing their business associates, neighbors, and peers of blasphemy which incites swift action by fundamentalist groups.  The use of blasphemy laws to silence criticism and settle disputes, often with the threat of death, encourages citizens to censor their speech to protect themselves.

The Rule of Law

Courts are quick to make blasphemy convictions due to fear of reprisal by large crowd demonstrations, obstructing the administration of justice and the rights of the accused to a fair trial.  Mass pressure is used to strong-arm authorities and is responsible for:

Any attempts to repeal blasphemy laws are blocked by hardline groups who can easily organize mobs, protests, and vigilante justice in a short timeframe.

The rule of law is further inhibited in these states by the willingness of groups to resort to violence and vigilante justice and the impunity they receive from government authorities who refuse to punish them.  When religious minorities experience hostility and violence, police are seen standing on the sidelines rather than protecting the victims. Impunity emboldens the hardliners when they receive no legal consequences for their actions.

While there is a margin of appreciation in how states implement human rights, every state analyzed in this research implements their country’s blasphemy law in a way that goes well beyond the allowances in international human rights law.  Both civilians and authorities misuse the laws extensively, violating the rights of religious minorities and inhibiting the rule of law.

The criminalization of blasphemy is on the decline worldwide.  International human rights actors are shifting focus away from blasphemy laws and towards combating incitement to hatred, recognizing the need to protect all religions without discrimination, to focus protection on the individual rather than religions or belief systems, and to clearly define terms and establish high thresholds for restricting expression.  Focusing on incitement combats religious intolerance and promotes religious harmony in a way that respects human rights and protects religious minorities.

Allison DiMase is a human rights defender and researcher from San Francisco, California. At the Fletcher School of Law and Diplomacy, she studied human rights and human security in Southeast Asia, focusing particularly on minorities throughout the region. In the Summer of 2017, she worked with the Setara Institute for Democracy and Peace in Jakarta to publish a book titled Replace Blasphemy with Incitement: How Indonesia should Promote Religious Harmony while Upholding Human Rights, which is the longer work on which this article is based. Prior to attending graduate school, Allison studied political science and human rights at the University of California, Berkeley.  She has studied and worked in Southeast Asia and hopes to focus her career on the region.