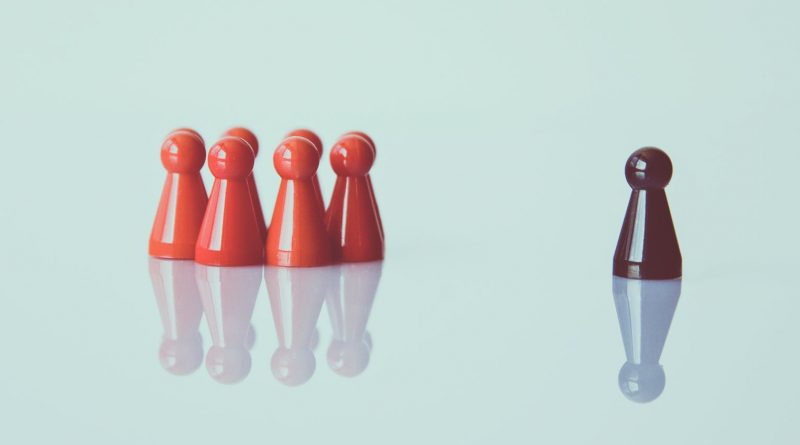 Former U.S. Ambassador Prudence Bushnell has seen it all. As a leader tackling a myriad of human security issues worldwide over a decades-long career, she learned to balance ethical leadership tactics and realpolitik. As a woman in this influential role, she faced ceaseless pushback at the highest levels of government – both at home and abroad. Her commitment to performing leadership in a revolutionary way – standing by best-judgement choices and decisions dismissed or criticized by many – helped save countless lives.

During a talk co-hosted by the MA in Humanitarian Assistance and LEADS programs at Fletcher, Bushnell asked us to examine the U.S. administration’s role in various conflicts and put forth her innovative philosophy on how to leverage leadership to better tackle human security questions and transnational threats in the context of humanitarian intervention.

Her main qualm was with the status quo of leadership. Reflecting on her experience negotiating peace settlements and preventing human rights abuses in Rwanda and Kenya, Bushnell conceded that governments and related agencies too often manage situations, rather than demonstrate true leadership in confronting them. In her view, this has meant leaning too heavily on efficiency instead of effectiveness in selecting tactics, seeking control rather than exerting influence, thinking short-term to the detriment of the long-term, and, crucially – doing things right rather than doing the right thing.

In Rwanda, it was clear the Clinton administration had no interest in peacekeeping efforts, and wouldn’t plan to intervene until there was peace. When a plane carrying Rwandan president Juvénal Habyarimana and Burundian president Cyprien Ntaryamira was shot down, Ambassador Bushnell quickly formed a crisis group to ensure U.S. citizens could safely make it out of the country. Soon after, she found herself at the mercy of a White House “going operational” by deciding to withdraw peacekeepers with no recourse for thousands of Rwandans dying in the ongoing war. Her objective was to stop the killing, even if that meant she couldn’t tap U.S. personnel or resources. Her motto: ask for forgiveness rather than permission. That meant Bushnell found herself calling the genocide perpetrators directly to request the shut down of radio propaganda fueling clashes. It also meant phoning the U.S. Secretary of State at 2AM on multiple occasions, grasping at straws in a crisis in which DC felt very far away.

In Kenya, she noticed the U.S. Embassy’s security was not up to code and escalated the complaint. She was told to stop “nagging.” A few days later, the U.S. Embassy in Nairobi was bombed by Al Qaeda, killing 213 people. While intelligence agencies had opportunities to foresee and prevent the bombing before it happened, Bushnell was cited for overloading circuits when sharing security concerns with the State Department. Momentarily gathering themselves, she and her team became their own first responders. After the attack, her top priority was to secure her vulnerable embassy community, create a safe workplace amid chaos, and relentlessly report any other perceived threats. While her actions in Nairobi eventually cost the Ambassador her job, she held onto the fact that, to the best of her ability, she had salvaged what and whom she could.
In the face of faltering hard power, Bushnell called on us to examine where traditional means of governing and leadership have failed and welcomed S.M.A.R.T alternatives as a way forward. Her version of the paradigm outlined S.M.A.R.T. decisions as:

In considering this mindset, she mentioned pioneers like Eleanor Roosevelt, a driving force in creating the 1948 Universal Declaration of Human Rights. She looked to Rosa Parks and her mobilizing of the Black community to distribute boycott leaflets as setting the model for non-violent demonstrations to bring about change. She recalled Liberia’s Muslim and Christian women’s union and mass action for peace, paving the way for the democratic election of the first female president in Sub-Saharan Africa.

Bushnell concluded by asking the audience to contemplate opportunities for S.M.A.R.T thinking to confront the challenges we face today, from climate change to migration to wage parity. Her closing remarks evoked the power of being a woman in leadership and in life, and reminded us that we have it in all of us to stand our ground, be respectful, but also demand respect when doing the right thing.

Former United States Ambassador Prudence Bushnell, a retired career Foreign Service Officer, served the United States government as Deputy Assistant Secretary of State for African Affairs during the Genocide in Rwanda, and U.S. Ambassador to the Republics of Kenya and Guatemala, having survived the Al Qaeda attacks against the U.S. Embassies in Nairobi and Dar es Salaam in 1998.

One thought on “Former U.S. Ambassador Prudence Bushnell Reimagines Leadership in the Face of Global Conflict”