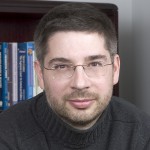 All wars, large and small, new and old, have a “political economy.” But it is striking that “political economies of conflict” only became a truly distinctive and broadly recognizable research agenda in the post-Cold War era.  This was a new and exciting move, opening up the study of war—a topic traditionally too dominated by narrow “guns and bombs” security scholars—to a much richer, broader, cross-disciplinary conversation involving political scientists, economists, development specialists, and so on.[i] The full maturation and legitimization of this agenda is reflected in the fact that “Conflict, Security, and Development” is the title of the World Bank’s 2011 World Development Report.  Importantly, the new interest in the political economy of conflict also opened up new sources of funding for scholars. This has arguably helped to make the study of armed conflict far more diverse and interdisciplinary (and in my view, far more interesting) today than it was two decades ago. This is all for the good.

But surely the discovery that there is a political economy of conflict has had more to do with shifting geopolitical winds than a sudden transformation in the nature of warfare itself.  This does not mean to suggest that conflict and the global context within which it takes place have not changed at all, but rather to simply point out that the end of the Cold War is what created the political opening to bring political economy more centrally into the study of conflict in the first place.  And as welcome and long overdue as this agenda-setting move has been, it has sometimes come at the cost of politically convenient distortion and historical amnesia. Below I briefly outline some of the ways in which the new attention to the political economy of conflict has shaped my own work and thinking on these issues.

The criminalizing consequences of external intervention

Through a convergence of intellectual and personal circumstances (simultaneously reading Mary Kaldor’s New and Old Wars, with Bosnia as the main case study, and marrying a woman from Sarajevo), I became increasingly interested in the role of illicit economies in shaping and sustaining conflict in the Balkans. As much as I came to partly disagree with the “new wars” label, Kaldor’s book was truly eye opening and inspiring, mostly because it made me realize that there was a far more interesting way to understand and study conflict and intervention than I had come to believe from my graduate school seminars.

Placing political economy more front and center was not only a fruitful analytical move but helped to push against an overly ethnicity-driven account of the Bosnia war (in its crudest and most influential form articulated in Huntington’s “clash of civilizations” thesis and Kaplan’s stress on ancient ethnic hatreds).  Importantly, in this particular case the international community’s favored forms of intervention—provision of humanitarian aid, imposition of an arms embargo on the region, and economic sanctions on Serbia and Montenegro—turned out to be key components of the criminalization of the conflict (including diverting aid to the black market, arms smuggling, sanctions busting, and corruption and abuse within the international peacekeeping mission).  Ultimately, one simply could not make sense of the character, duration, ending, and legacy of the Bosnia war without taking into account its illicit political economy dimensions.[ii] And this was not just any case. It was the poster child of UN-led humanitarian intervention and reconstruction in the post-Cold War world.

Much attention has been given in recent years to the relationship between violent conflict and illicit trade. A common argument in political economy accounts of post-Cold War intrastate conflicts is that in the absence of formal external sponsorship from the U.S. or the former Soviet Union, insurgents have increasingly turned to alternative forms of material support—particularly illicit exports such as drugs, timber, ivory, and diamonds, and so on (often categorized as “conflict commodities”). Thus, partly thanks to the campaigns of international NGOs such as Global Witness, diamonds from conflict zones in West Africa came to be dubbed “blood diamonds.”

Illegal drugs such as opium and cocaine have come to be particularly associated with conflict, given their role in ongoing insurgencies in Colombia and Afghanistan. Colombian government officials and their U.S. backers increasingly charge that the FARC guerillas—often labeled “narco-terrorists” or “narco-guerillas”—are driven by drug profits rather than political grievance.  Thus, in this case, a political economy argument is used to delegitimize an insurgency.  But as the “greed and grievance” debate in the literature has underscored, it is important to differentiate between commodities causing vs. facilitating conflict.  And the FARC dates back to the 1960s, before Colombia became a major cocaine exporter.

There is also a problem of selection bias here.  By focusing on the cases where there is a strong drugs-conflict connection, one neglects the non-events: Bolivia is a major drug producer, but no insurgency. Mexico is a major drug producer and transshipment point, but its small and isolated insurgency has no connection to the drug trade. Morocco is Europe’s leading foreign cannabis supplier, yet no insurgency. And the United States is one of the world’s leading producers of marijuana, but again, no insurgency or even high levels of violence associated with it.  In other words, context trumps, the story is obviously more complicated, but nuance is too often lost when academic interest in the political economy of conflict commodities gets translated into policy debates, media reports, and Hollywood scripts. It also helped to rationalize combining counternarcotics and counterinsurgency operations—as has happened in Colombia.[iii]

A common theme in the literature on the political economy of conflict is that war is good for illicit business. But too often overlooked is that it can also be bad for such business. Consider, for instance, the traditional “Balkan route” for heroin smuggling into Western Europe, which was suddenly severed during the conflicts in the region in the 1990s. And as the wars in the region ended, the smuggling based economy boomed. Many illicit economic actors—like their legal counterparts—apparently preferred a more stable and predictable business climate. And interestingly, in the case of Bosnia, the post-war expansion of the illicit economy (ranging from cigarette smuggling to sex trafficking) was not accompanied by an upsurge in violence (in contrast to other post-conflict societies, such as in Central America).

Bringing history back in: the American experience

Although the connection between illicit trade and conflict has received unprecedented attention, it is certainly not a post-Cold War invention.  And it goes back not just decades (the drugs-conflict connection was an important feature of the Cold War, from Southeast Asia to South Asia and Central America) but centuries—as evident by simply looking at America’s own early historical experience.[iv]

Much to the dismay of the British imperial authorities, illicit “trading with the enemy” kept French forces clandestinely supplied by American colonial merchants during the Seven Years’ War, and transatlantic smuggling kept George Washington’s Continental Army supplied during the American War of Independence. Much to the delight of the British, American colonial merchants illicitly traded with the enemy and helped keep English forces supplied during the War of 1812, and confederate cotton smuggling helped keep English mills supplied during the American Civil War.  As noted earlier, much is made of the importance of “conflict commodities” in sustaining recent conflicts.  But few of today’s illicit exports from conflict zones rival the importance of Confederate cotton—we could call it “blood cotton”—in fueling a war that cost more American lives than any other conflict in U.S. history.

Then, as now, it was often difficult to clearly differentiate between greed and grievance in motivating rebellion. But there is certainly no evidence to suggest that today’s insurgents are more profit driven than some of their American predecessors: one need only examine the large and lucrative privateering business (which the British defined as piracy) during the American Revolution to realize how much the profit motive can contribute to a rebel political cause. The grievances were real, but so too were the fortunes made from war.

Illicit international trading networks are also frequently blamed for undermining UN sanctions, most powerfully dramatized by large-scale embargo busting by Serbia and Iraq in the 1990s. But no contemporary sanctions episode has been as ambitious—or as widely violated—as Thomas Jefferson’s self-imposed embargo on American trade with the rest of the world. Designed to punish European powers by denying them American exports, Jefferson’s ill-fated embargo was instead massively (and sometimes violently) evaded from within. The illicit trade was so blatant and defiant of federal authority in some places that Jefferson called it an insurrection. And it was only put down by lifting the embargo.

Illicit trade today is also often blamed for impeding and complicating post-war reconstruction in places such as Bosnia and Kosovo. But long forgotten is that this was also true for the United States in the aftermath of the Revolutionary War.  The very smuggling practices that aided the War of Independence turned into an obstacle for the newborn American state.  The powerful legacy of colonial smuggling contributed to merchant resistance to centralized state authority and regulation of commerce.  Smuggling now undermined American rather than British revenue collection and greatly complicated U.S. border management and foreign relations.  This was a particularly serious problem for the nascent federal government given that virtually all of its revenue derived from duties imposed on imports.

Illicit trade was therefore a major challenge to early American state making—just as it is for state making efforts across the globe today. Indeed, this is an often overlooked part of America’s early “strong society, weak state” profile.  At the same time, concerns about smuggling stimulated government expansion and the creation of a border management infrastructure, notably the establishment of the customs service as one of the first pillars of the federal government. Efforts to combat maritime piracy and embargo busting also stimulated the early development of the navy. In other words, illicit trade and related activities were double-edged, both challenging and building up the new American state. The same is true today, suggesting more continuity with the past than is typically recognized. While we should be careful not to overstate or misinterpret the historical parallels, neither should they be glossed over.

Peter Andreas is Professor of Political Science and International Studies at Brown University.

[i] This was evident, for example, in the prominent work of Kaldor, Duffield, Collier, and the World Bank’s research program on the economics of conflict.

[iii]For a recent critique, see Vanda Felbab-Brown, Shooting Up: Counterinsurgency and the War on Drugs (Brookings, 2010).

One Response to Political Economies of conflict: Old wine in new bottles?