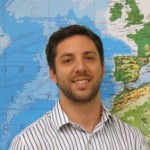 This memo was prepared for a WPF seminar on “New Wars, New Peace” held at the Fletcher School, January 12-13 2012

In this memo we discuss findings from an analysis of an event-based dataset of violence in Darfur from January 2008 to July 2009.  These findings are reported fully in the paper “Evidence-based Peacekeeping:  Exploring the Epidemiology of Lethal Violence in Darfur.”  Pursuant to the goals of this seminar, we briefly introduce our data collection and analysis process, then, (1) describe features of violence in Darfur as they relate to changing conceptions of internal wars; and (2) discuss several ramifications for the design of mediation efforts and peacekeeping missions.

Due to practical considerations, our analysis examined only fatalities, and only those directly linked to violence, though we recognize this is but a small portion of overall violence.  Very important non-fatal events may be central to the nature of a conflict, and fatalities due to indirect causes, such as hunger and disease, widely outnumbered direct killings earlier in the Darfur conflict.[i]

The dataset was constructed by cleaning, de-conflicting, and finally merging an “open-source” dataset (all English language news sources) with a dataset based on reports by UNAMID[ii] (whose sources included not only UNAMID itself but other UN agencies, international NGOs, and other sources).  The two datasets matched very closely: all temporal and geographic patterns on the two datasets were very similar, and the overall numbers were within 15% of each other.  The data were then coded and analyzed to consider a large number of dimensions for each lethal event, including (a) overall numbers of people killed, (b) the identity of the victims (when clearly defined), (c) the identity of the perpetrators/combatants, (d) the nature of the violence (e.g. combat versus one-sided attacks), and (e) the location and timing of each event.

We refer the reader to the original paper for the full results, which are too numerous to list here. However the overall picture is one of low-to-mid intensity, sporadic, many-sided conflict, in which alliance shifts and within-ethnicity fighting were common.

Relevance to Changing Nature of Warfare, Peacekeeping, and Mediation

The Darfur conflict arguably become more chaotic and less-intense since the initial outbreak of violence in 2003 and its height in 2003 and 2004.  Even over the course of Jan 2008- July 2009, we see considerably decreases in the amount of lethal violence.  Some one-time alliances had collapsed, raising serious concerns about the credibility of any agreement reached at the negotiating table.

Relatedly, these data caution against any expectation that ethnic identities are necessarily solidified by violence.  The Arab versus non-Arab cleavage, considered by some parties (and virtually all refugees[v]) to be a central cleavage in explaining the war, has not prevented Arab tribes from later fighting each other.

However it is not a Hobbesian war of all against all.  Non-signatory groups never fought each other in this period; crime and banditry account for very little of the direct lethal violence. While the government and signatory groups sometimes fought, this was relatively infrequent.

The most surprising outcome was the amount of violence due to “inter-tribal” warfare.  This may be a downstream result of government-sponsored fighting, but may also have local triggers. These results raise questions about the boundaries between “organized armed conflict” and “inter-tribal warfare”. How do we think about this violence — is it “war” and is it part of the same “war” that began in 2003?

We find considerable violence against civilians, accounting for 1/3 of fatalities (though deaths during inter-tribal conflicts account for another 1/3 of fatalities that could be labeled as civilian). Much if this was one-sided attacks (by government regular or irregular forces). Whether this violence has more to do with obtaining intelligence on rebel networks[vi] or “draining the sea”[vii] was not explicitly investigated. However the use of aerial bombardment on villages suggests that at least part of the goal in attacking civilians was to either surreptitiously kill rebels or, more likely, to eliminate or drive out their civilian support base. By contrast, there were few (though some) cases in which civilians were reportedly interrogated for information about rebel groups.[viii]

Ramification for Peacekeeping and Mediation

While we see a decrease in overall violence during the study period, one cannot make inferences about the efficacy of peacekeeping deployments from these data.[ix] That said, as a descriptive exercise, information of the type collected here could greatly enhance the appropriate design of peacekeeping missions, especially those with civilian protection mandates.  For example, knowing that civilians were almost always killed by government of Sudan forces and their allies, and rarely by non-signatory groups, is clearly important for planning purposes. The deadly toll of inter-tribal violence too is clearly relevant for any plans to improve human security.

Mediation efforts must similarly be informed by such case-specific information. In this case, the data suggest that the goal cannot be merely to get more non-signatory groups to sign ceasefires and/or power-sharing agreements with the government, as this only accounts for a fraction of the violence, and the groups that once constituted these two broad alliances have sometimes turned against each other. As noted in Alex de Waal’s memo, creating a front for the non-signatory groups for the purposes of mediation (the Liberation and Justice Movement) and obtaining an agreement between that “group” and the government will likely not bring an end to violence, owing to the numbers of sides involved and their ability to fractionalize, the renegotiability of political bargains, and the prevalence of violence that is not clearly related to “government versus rebel” concerns.

In conclusion, we hope that knowledge of these features of the Darfur conflict may provide further fuel for understanding the evolving nature of warfare and New War scholarship. However, the finding more likely to generalize outside of Darfur may be the potential usefulness of rigorously collecting and analyzing event-based data. Using only event-based data —  limited further to directly fatal events — produces a highly reduced picture of events on the ground, which no doubt misses important details and could have proven less informative.  However, when supplemented by further contextual knowledge to develop a cogent coding system, to make sense of these events, and to assure the accuracy of the data, we find that this approach generates considerable insights needed for the appropriate design of mediation and peacekeeping efforts.

Chad Hazlett is a PhD candidate at the Massachusetts Institute of Technology focusing on Methods and International Relations.

[iii] Non-signatory groups refer to those who hose who refused to sign the 2006 Darfur Peace Agreement, placing them in opposition to the government and the (only) signatory rebel movement, SLA-Minnawi

[iv] Note however, this does not include executions and even large massacres that occur within a single group.

[v] In a survey of over 2000 Darfurian refugees in eastern Chad, virtually all respondents utilized this distinction to describe the cleavages in the war.

[viii] Some such instances are recorded in civilian testimony collected in: Human Rights Watch. “Darfur Destroyed:  Ethnic Cleansing by Government and Militia Forces in Western Sudan. May 2004 Vol. 16, No. 6(A)

[ix] There is useful anecdotal information suggesting that UNAMID has provided an important role in protecting civilians, particularly when civilians have sought refuge at UNAMID locations. However the data collected here, no matter how complete and reliable, cannot tell us much about the causal impact of peacekeeping deployments, because those deployments are never made randomly and thus even if we paired our data on violence with data on UNAMID deployments, it would not lead to valid inferences about the effects of deployments.