How Mass Atrocities End (or don’t): The Democratic Republic of Congo Taking Grievances Seriously in the Malian Political Crisis 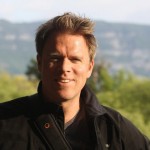 Armed violence can exhibit multiple forms. Whether in the context of conflicts or insurgencies, or of gang violence and killings associated with drug trafficking, hundreds of thousands of people suffer injuries or lose their lives each year. Countless others are forced to flee from their homes and communities.  Still more must endure various forms of violence inside the home. Many tragedies—from epidemics to natural disasters—kill people. But violence is distinct in that it entails the deliberate harming of fellow human beings. This concept note considers a number of recurring characteristic of contemporary armed violence. It focuses on the multiple, simultaneous, and shifting motivations of perpetrators, and the links between different forms of violence. It calls for an analytical approach that moves beyond simplistic labels and policy responses. Such an approach would need to develop new ways of understanding the relationships between what were previously held to be distinct forms of armed violence.

Conventional analyses often compartmentalize armed violence into distinct categories according to a particular context or underlying intentions of the perpetrator. The two most common distinctions are drawn between organized (collective) and interpersonal (individual) violence, and between conflict (politically motivated) and criminal (economically motivated) violence. These distinctions are intended to capture the level of organization and the motivations shaping violent acts. Governments, multilateral agencies, non-governmental organizations, and research institutes around the world use these categories to assess overall levels of crime and violence or to plan violence intervention programmes and policies. Yet these distinctions give the misleading impression that different forms and incidents of violence fit into neat and separate categories.

High levels of gang violence in Guatemala or Honduras, vigilante justice in postwar and fragile states such as Liberia or Timor- Leste, post-election violence in Côte d’Ivoire or Kenya, and high levels of urban crime in cities such as Kingston or Rio de Janeiro underline how the lines between armed conflict and criminal violence are increasingly blurred. In Iraq since 2003, for example, the targeting of non-combatants by insurgents, militias, and sectarian groups may seem chaotic or random, yet a closer inspection of underlying patterns of violence suggests that seemingly arbitrary or criminal violence may also serve political purposes in line with the goals of armed groups.

In many places, non-conflict violence is linked to highly organized criminal activity, or to different forms of ‘political violence’, either targeting political opponents or government officials (such as mayors, teachers, police officers, or journalists), or seeking to influence and modify government policies through corruption and use of force. In these contexts, the label ‘homicide’—which implies ostensibly apolitical interpersonal and criminal violence —is potentially misleading. As the figure below reveals, it is possible to decompose broad categories of collective and interpersonal – as well as conflict and non-conflict violence – into a host of overlapping categories. The violent activities of organized criminal groups frequently have broader political consequences, even if their main motivation remains rent-seeking. Criminal activities such as trafficking in drugs or other illegal goods have also been used to finance war efforts in places such as Afghanistan, Bosnia and Herzegovina, Colombia, and Liberia. The operations of organized crime groups, and especially the trafficking of illicit narcotics, are frequently accompanied by high levels of violence.

Such groups have shown an extraordinary capacity for blurring the boundaries between criminal and political types of violence, as evidenced by the drug wars in Mexico and the rest of Central America, the Caribbean, and certain Andean countries. Drug cartels are locked in battle for control over the flow of narcotics while governments in countries across these regions have mobilized their armies to boost a faltering war on drugs. Illicit trafficking of drugs is increasingly recognized as a threat to international, regional, and national security, as well as public safety.

The intensity and organization of violent killings provides a critical indicator of a state’s—and its population’s—relative insecurity. From a statistical perspective, violent deaths tend to be more systematically recorded than other crimes and human rights violations. Based on data on lethal violence from established administrative sources in the criminal justice, health, and conflict studies sectors. The 2011 Global Burden of Armed Violence report detects that 526,000 people died violently per year between 2004 and 2009. The estimate includes civilian conflict deaths, battle deaths, and victims of terrorism (combined as direct conflict deaths), intentional and unintentional homicide, and legal interventions in non-conflict settings. While war casualties are frequently featured in media headlines, their actual number is far lower than that of victims killed in many ostensibly nonconflict countries. Roughly three-quarters of all violent deaths are the result of intentional homicide, while approximately 10 per cent are direct conflict deaths. This translates into 396,000 intentional homicide victims and 55,000 direct conflict deaths per year. An estimated 54,000 additional people (more than 10 per cent of all violent deaths) die violently as a result of unintentional homicide. The remaining category—killings during legal interventions— accounts for at least 21,000 victims a year, or 4 per cent of all violent deaths. Most of the data is derived from incident reporting systems and surveillance databases, which typically yield conservative estimates since they often undercount the number of victims in any given situation. The reasons for this are obvious: any data harvesting system depends on quality reporting and institutional capacity to monitor incidents.

The 2011 Global Burden of Armed Violence zooms in on the 58 states that are experiencing violent death rates (direct conflict deaths and intentional homicides combined) of more than 10 per 100,000. It finds that one-quarter of the world’s countries—comprising some 1.2 billion people or roughly 18 per cent of the global population— exhibit high and very high rates of armed violence and account for almost two-thirds (63 per cent) of all violent deaths. An estimated 285,000 people are violently killed each year in these countries. Among them, 14 countries are experiencing extremely high violent death rates—more than 30 violent deaths per 100,000 people; these comprise 4.6 per cent of the global population and account for an estimated 124,000 violent deaths.

In other words, 25 per cent of violent deaths occur in just 14 countries, which are home to less than 5 per cent of the world’s population. Of these 14 countries, seven are in the Americas. As these findings reveal, armed violence is highly concentrated in specific regions and in a comparatively small number of countries. The regions most affected by lethal violence include Latin America and the Caribbean, and Central and Southern Africa. At the country level, El Salvador experienced the highest overall annual average violent death rate between 2004 and 2009, followed by Iraq and Jamaica.

Lethal violence is not only distributed unevenly across states or regions, but also within states. While specific municipalities, cities, or neighbourhoods may be highly affected by criminal violence and armed conflict, other areas may be comparatively peaceful. Whereas Mexico’s violent death rate in 2009 stood at 18.4 per 100,000 population, for example, the state of Chihuahua experienced a rate of 108 per 100,000 in the same year. Understanding what is behind such extreme sub-national variations in the incidence of armed violence is a prerequisite for designing and administering effective violence prevention and reduction programmes.

It is also possible to better understand the diverse contexts and settings in which intentional homicides occur. It examines how intentional homicide may arise in the context of violent operations by gangs or organized criminal groups, premeditated or unplanned crimes of passion committed against intimate partners or family members, or other crimes, such as robbery or theft. Such disaggregration of data is important for policy and programmatic reasons. For example, while countries in Asia and Europe show a comparatively high proportion of intimate or family–related homicides (around 30 per cent of total 7 homicides), their overall homicide rates are significantly lower than those of other regions, such as the Americas.

Nonetheless, the high proportion of intimate or family-related homicides in many countries in Asia and Europe underlines the importance of aiming research and local violence reduction and prevention initiatives at these forms of lethal violence. The proportion of intentional homicides associated with gangs or organized crime is significantly higher in countries in Latin America. At the same time, homicide rates related to robbery or theft tend to be higher in countries with greater income inequality.

Containing and reducing the incidence of armed violence requires a proper diagnosis of its causes and consequences. Many governments affected by high levels of armed violence—as well as many others that are not affected—have initiated comprehensive armed violence monitoring systems. Such ‘observatories’, especially when administered in partnership with civil society and reliable research institutions, can provide crucial information on the scale and distribution of lethal violence.

This data is indispensable in unpacking the complex relationships between armed violence and factors such as unemployment, inequality, the presence of illicit markets, corruption, weak rule of law, and impunity. The ability of the international community and national as well as local governments to design appropriate policies and programmes for armed violence prevention and reduction depends critically on an integrated and comprehensive understanding of the distribution and dynamics of lethal (and non-lethal) violence worldwide.