Beyond the Coup and Rebellion: The Malian Peasantry in the Age of Neoliberal Reforms Death by deprivation in East Timor 1975-1980 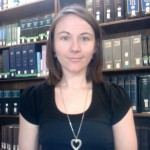 Amelia Hight is a student in The Fletcher School’s Master of Art in Law and Diplomacy program  and a Research Assistant with the World Peace Foundation.

In a recent op-ed in the New York Times, former U.S. Ambassador David Scheffer argues that legislators should leave it to historians and jurists to determine when killings amount to genocide. Political judgments over such categorizations, he argues, “distort the search for truth and justice.” Instead he proposes the term “mass atrocity” for the political realm. However, at the political level, the term used is not as important as strategic interest or political consideration in determining whether a country will intervene in another or remember a particular conflict in a certain way. “Genocide” like other ethically laden terms may be used to justify – but is unlikely to initiate – action. Furthermore, as I argue below, the term is not going anywhere anytime soon. A more interesting intellectual exercise than debating whether to use “genocide” or “mass atrocity” might be to investigate the terms used by people in targeted communities to describe the crimes used against them – apart from any labels the international community uses.

This is not to say that the term is not politically powerful. Scheffer refers to political debates in Turkey and France over how to refer to the deaths of 1.5 million Ottoman Armenians during and after WWI. While the French Parliament is currently attempting to illegalize denial of the genocide of Armenians, Turkey persecutes those who use the term “genocide” to describe this history. Turkey has threatened to sanction France and asserts that France led its own genocide during Algerian colonialism. Scheffer’s solution is to refer to both conflicts as mass atrocity, at least at the policy level. The political power of the term was also evident in 1994 when the U.S. government refused to adhere the label genocide to the mass atrocities in Rwanda, a small and strategically uninteresting country in central Africa. The U.S. was weary of engaging in another potentially dangerous war on African soil after it’s brief interlude in Somalia, where the humanitarian zeal of the American public had drained quicker than the blood of American soldiers.

Yet, applying the term genocide to more recent atrocity demonstrates that despite the ethical weight of the term, the international community is unlikely to become involved in costly humanitarian actions without some form of self-interest. This is true in Sudan where, as Dirk Moses notes in a blog post on the SSRC’s How Genocides End, “no amount of advocacy to form political will is going to persuade certain members of the UN Security Council … to pressure Sudan into ending its genocidal counter-insurgency against rebels in Darfur.”

The humanitarian narrative employed by the U.S. prior to the invasion of Iraq demonstrates how such terms can be used to justify invasion and occupation when it suits the invading country’s interests. In such instances, it may not matter if the term “genocide” or “mass atrocity” is used. Broader terms such as “mass atrocity” or “atrocity crimes,” still carry ethical weight but are not well defined. Switching from genocide to mass atrocity may actually open up more opportunities for the political (ab)use of the newer term. Perhaps more importantly, the term genocide is here to stay. After all, there is a UN adviser on the prevention genocide, the crime of genocide is specified in the Rome Statute, and Non-Government Organizations and advocacy groups use it widely.

One voice that was missing in Scheffer’s op-ed was that of people in the conflict-affected countries under discussion. The views of victims, perpetrators and bystanders about genocide and how the term itself translates culturally and linguistically in different regions may provide another more place-based understanding of such crimes. Of course, this is unlikely to change whether or how policymakers use ethically loaded terms, but it might help scholars and others interested in helping resolve such conflicts to better interpret the nature of such crimes and the expectations of affected communities.

2 Responses to “Genocide” is not going anywhere anytime soon