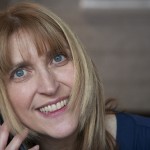 Layers of Memory in South Africa

In April 1994, when South Africa was celebrating its first post apartheid democratic election, only three and a half hours flight away, in Rwanda, hundreds of thousands of Tutsis and some politically moderate Hutus were murdered in a period of three months.

In one of my trips to Rwanda, I visited the church of Ntarama, a genocide commemoration site where 4000 Tutsi men, women and children were murdered. Accompanying me was Cocous, a survivor with a large machete scar on his head. He was visibly upset as that morning we stopped at Gisozi, the Kigali Memorial Centre, and the mass-graves of over 250,000 people, where Cocous’ parents were buried. We were holding hands as I was trying to comfort him in his dark place of grief. After a long while, we talked, and I shared with him the story of my familyand their murder in another genocide 65 years ago. My father survived the Holocaust only with one brother, both rescued by Oskar Schindler. That genocide happened in Europe, and my grandmother, aunts and many other family members were murdered. Cocous’ eyes opened wide, horrified that genocide has happened before 1994 and that we never learned from that history.

The words ‘Never Again’ always anger me. They are hollow words without any meaning. It seems that humans are not capable to live up to these words. It is always “never again – until the next time”. We need the knowledge and conviction to do more in order for these words to become a reality. All of us need to do more.

The South African Department of Education recently changed its national curriculum making it a human rights based one. At the Grade 9 level (14-15 years old), a required unit of study in social sciences (history) is ‘Nazi Germany and the Holocaust’. In the curriculum, there are also opportunities to teach about the genocide in Rwanda. The Johannesburg Holocaust & Genocide Centre (JHGC) is a member of the South African Holocaust & Genocide Foundation with Centres in Cape Town and Durban and as such works nationally and internationally on issues of Holocaust and genocide education.

Because of our country’s painful racist past, South Africans tend to see all human rights violations through the prism of white vs black. Learning about the Holocaust, where, in very general terms, whites killed whites and Rwanda where blacks murdered blacks is hugely important.

The Centre, which is under construction at present, will house a permanent exhibition focusing on genocide during the Second World War – the Holocaust – and in 1994 in Rwanda. This is one of only a handful of centres in the world outside of Rwanda focusing on the Rwanda genocide.

The JHGC will have a three-pronged mission:

Operating from a temporary location with a small and dedicated team, the Johannesburg Holocaust & Genocide Centre has played an important role in carrying out its mission of Holocaust education and genocide awareness.  We run education activities for students and teachers, events, projects and commemorations. In 2011, we hosted the United Nations exhibition Lessons from Rwanda. The exhibition depicts the events that took place before, during and after the genocide and the lessons learnt. Last year, the JHGC was involved in conferences, lectures and study courses on Rwanda. The 2011 Seeking Justice: South Africa and Rwanda study tour in partnership with Monash University (Melbourne and Johannesburg Campuses) formed part of the students’ course-work. It was the third such tour/course the JHGC has organised since 2008. In April 2012, the Centre will hold the 18th Rwanda genocide commemoration in partnership with Freedom Park and the High Commission of Rwanda in South Africa.

We are fortunate to work closely with the ‘Association of Rwanda survivors in South Africa’ (affiliated to IBUKA in Rwanda) and with many survivors of the genocide living and studying in the country. Their testimonies and strength are an inspiration to us all. In order to create our permanent exhibition, we are consulting and developing stories based on experiences of survivors both living in Rwanda and South Africa. We also consult with the Genocide Commission in Rwanda, Aegis Trust, Voices of Rwanda and many others to tell the story of the country. The Centre aims to bring the voices of survivors to teach us about the history and its aftermath.

Antoinette, a Tutsi survivor of the genocide said in her interview for Voices of Rwanda:

I need to find the strength to tell my story. If I don’t, it is like denying the genocide. If I, the only survivor of my family, die without telling my history, it will die with me. The name of our family will disappear forever. I want my child to learn about our history. I don’t want it to be hidden.

One Response to Layers of Memory in South Africa