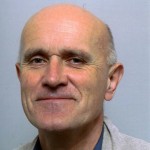 Recent coups in Mali and Guinea-Bissau have caused quite widespread alarm, certainly in Africa and among Africa-watchers elsewhere.  In both Mali and Guinea-Bissau the existence of a lucrative cocaine trade is an element in the political equation.  Guinea-Bissau has confirmed its reputation of being a so-called ‘narco-state’, in which groups financed by the drug trade are able to contest control of the state and in which state facilities are used for the conduct of an illegal trade.

This state of affairs is most often interpreted in the west through the lens of security.  This is understandable, but in this paper I would like to place recent developments in West Africa in a wider context.

In the first place, if Guinea-Bissau is the nearest thing in Africa to a narco-state, it is by no means the only state in which drug interests have heavily penetrated the political apparatus.  In just about every one of West Africa’s 18 states there are credible reports of senior politicians or state bureaucrats having interests in the drug trade with Latin America.  Evidence has emerged from arrests, trials or other official proceedings in regard to Nigeria, Benin, Burkina Faso, Ghana, Sierra Leone, Liberia, Guinea and others, and there is evidence available concerning other countries in the region. Moreover, it is not only West Africa.  Research on other parts of the continent suggests a well-entrenched drug interest in Morocco and Libya in North Africa, Kenya and Mozambique in the east, and Angola and South Africa to the south.  Kenya and South Africa both have substantial numbers of narcotics users.  In other words, the issue concerns not just one or two countries but can be considered a continental issue.

Some of the underlying factors are not hard to detect.  The drug trade is the source of big profits for those involved at senior levels.  It is particularly attractive to heads of state and government ministers who may not have to involve themselves directly in the trade, but simply to accept bribes from commercial operators in return for immunity from prosecution. Finance of this sort is particularly attractive to politicians because it enables them to constitute a war chest for political campaigning. All over the world, the costs of political campaigns have increased enormously in recent decades.  During the period of decolonisation in Africa, in the 1950s and 60s, nationalist parties discovered that in order to campaign effectively it was necessary to be in government at some level, not least so that they could use state contracts as a means to raise party funds.  This remains the case, but the cocaine trade provides a supplement that is both lucrative and, for those in power, simple to arrange.  West African police forces and prosecution services are often poorly equipped and find it difficult to deal with sophisticated drug traders.  More importantly, they are often wary to arrest traders in cases where they suspect these wrongdoers might have political cover that could cost a zealous police officer his or her job.

Moreover, in general the drug trade does not attract much of the moral condemnation attached to it in America and Europe.  Cocaine and heroin are often considered to be rich world drugs, and Africans are therefore not to be blamed simply for providing these commodities to what are, after all, willing buyers. This is to turn a blind eye to the growing problem of drug addiction in Africa, including Kenya with its estimated 200,000 heroin users and South Africa with its addiction to methamphetamine.

There are certainly cases of professional criminals from abroad targeting particular African countries.  This appears to have been the case with Guinea-Bissau, at a moment when Colombian drug traders were looking for new markets after Mexican competitors had effectively taken over the supply of the US market.  However, it is important to note that political elites in many African countries are also open to approaches of this nature as they are constantly on the look-out for opportunities to acquire external resources that they can use in internal situations.

The rise of organised crime in West Africa has vast implications for state formation in the region and for the world as Africa is increasingly a centre also for money-laundering and cyber crime.