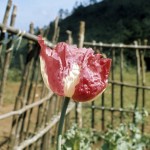 The WPF sponsors an annual competition for Fletcher School students to conceptualize and organize a research seminar on the topic of their choosing, which is then paid for by the WPF. The first competition was held in the 2011-2012 academic year, and resulted in a number of very strong proposals. The winning group, composed of Jennifer Keene, Mario Patino, Katharine Davis, Anne Wanlund, and Leah Greenberg, was for a seminar titled: “Drug Trafficking and Organized International Crime: Re-framing the Debate.”

Below is the students’ description of their seminar topic:

Violence linked to drug trafficking and transnational organized crime is a growing threat to 21st century peace. Weak, failing, and post-conflict states are particularly vulnerable to the destabilizing effects of crime and violence. Although the existence of illicit networks is not a new phenomenon, porous borders, entrenched poverty, and minimal state presence have allowed these networks to proliferate and extend into new drug-trafficking routes and markets.

Traditional responses focus on transnational organized crime as a security threat to the state, which limits understanding of and solutions to the problem. This seminar used the human security lens to examine the effects of national and international responses to drug trafficking and transnational crime on the individual.

This seminar moved beyond current drug-control and drug-enforcement paradigms to address critical human security issues including how organized crime and drug trafficking affect access to livelihoods, individual security, and civil-military roles. Challenges to current responses to organized crime and drug trafficking, such as transnational law enforcement, peacebuilding, and anti-corruption strategies, were also addressed.

Some of the global experts they assembled for the seminar have also contributed essays to this blog, which are assembled together in our newest series, Re-Framing the Debate.