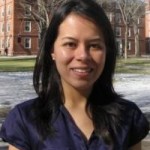 Mexico’s recent escalation in drug-related violence is the result of a missing piece in policy analysis. We failed to realize that the outcome of enforcement policies depend on the way in which targeted criminal groups are organized, which is in itself a function of the political environment in which they operate. Once again, social scientists painfully realized the many unknown dangerous paths that policies unchain, as well as our inability to predict their unintended consequences using current theories.

I came to this conclusion as a result of my research.

My academic agenda focuses on exploring how formal and informal rules coexist and interact, submerged within a political environment that molds the rules of crime, the way in which criminals organize themselves, and ultimately their propensity to be violent.

I do so by telling the story of Mexico’s drug war, and solving its puzzles. We do not know why criminal organizations that had profitably operated in the country without major episodes of violence for decades, unexpectedly shifted their behavior, causing a wave of violence that took the lives of more than 50 thousand individuals and that turned Mexico’s security issues into one of the most challenging aspects for US foreign policy. A simple analysis of Mexican judicial institutions cannot explain why, even if Mexico has increased its capacity of prosecution, has democratized, and has generally diminished its levels of corruption, the ability of the state to keep criminals aligned and controlled has only crumbled.

It is my argument that we can make sense of this apparently irrational explosion of criminal violence that elevated homicides rates in some Mexican cities to levels similar to those of a civil war if we develop a genuinely political theory of the illegal, bringing politics into the study of corruption, addressing its effects on the industrial organization of crime, and its influence on the ways in which criminals interact with each other.

Mexico failed to grasp the unintended consequences of criminal organization because we, political scientist had failed to convey a dynamic and multi-layered theory of the effects of institutional change.

The key ingredient to analyze in Mexico is political decentralization (Figure 1). This variable altered corruption –the informal rules under which the state and criminals interact–, shaped the industrial organization of criminal groups, and ultimately changed the effects that enforcement operations have in the propensity of competing criminal groups to violently confront each other. The argument is simple. Political centralization allowed the state to have a monopoly of authority, to be a monocentric system with a single decision-making entity concentrated in the hands of the central commander. Decentralization dispersed decision-making power across multiple organizations and across different levels of government, altering the way in which the corruption game is played. Corruption deals became more uncertain and were supplied with less selectivity under a decentralized setting.

Bribers reacted to these changes in corruption mechanics by restructuring their organization. They went from being homogeneous outsourcers of violence to heterogeneous vertically integrated groups with internally produced violence. Corruption became uncertain and expensive. Thus, rather than outsourcing violence capacity to the Mexican state, which had lost its role as leader provider protection, drug trafficking organizations found in their best to internalize violence within their production function and create their own security departments. Criminal groups changed in nature. They went from being single-department organizations into more complex, larger and diversified integrated firms.

Policies applied to different criminal organizational under political decentralization generated widely different results. While enforcement operations that targeted homogeneous outsourcers of protection enhanced cooperation between them, the same policies applied to heterogeneous, vertically integrated groups promoted confrontation. Targeted groups could split in destabilizing ways. Newly created security departments could decide to go on their own and find protection in local governments. Different criminal groups could decide to confront each other under the auspice of different government agencies. The discipline that came from having many criminal organizations following the preferences of a single-headed protector broke.

Overall, we were unable to get Mexico’s story right because we focused our attention into usual suspects like state capacity, judicial institutions and the instability of the democratization processes rather than in the ways in which all these variables were affecting the informal rules under which the state and criminals interacted. We failed to realize that the core of this story lay in the subtle world of the informal and the formal, and in the not very subtle ways in which these institutional worlds shape each other. Over the course of decades, while Mexican formal institutions were being largely redefined by a long, painful democratization process, the rules of illegality had also been changing. Corruption under a political decentralized Mexico had no resemblance to what corruption had been during the years of the hegemonic dominance of a single-party. Criminal organizations had adapted, changing their organization and size to better fit the new institutional setting. When the same old enforcement policies were applied to differently organized criminals, the outcomes were radically different.

Mexico gives us a simple but powerful lesson. Policies may generate different outcomes depending on how centralization has affected the rules of corruption and the organization of crime. A further assessment of these mechanisms is required to avoid other countries or regions following the same path.

Viridiana Rios is a graduate student at Harvard University.