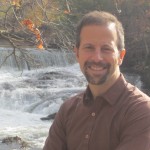 This presentation discusses why the weaknesses and gaps in Latin American policing are those that facilitate organized crime in Latin America.  It asserts that even as security forces are being reformed and increasingly deployed in the campaign against organized crime, making significant progress on both fronts, the nature and structure of both policing and organized crime are fundamentally aligned against long-term improvement.  The intersection between these two sets of networks, and the principles of governance that are eroded in the process, make it unlikely to produce the kind of systemic shift needed to permanently subdue transnational organized crime in the Americas.  That is, many of the continuing gaps and weaknesses in police reform, operations, and policies are precisely those that allow organized crime to take root, diversify, and thrive.

Though extensive, these reforms don’t address deep-rooted conditions that allow organized and transnational crime to remain strong in many areas.  This presentation will cover four of them:

While communications within organized crime is hampered by illegality and shifting alliances, institutional and political divisions makes both communications and the vital collection of comprehensive information far less efficient in the state.  One common dimension of that disadvantage is the lack of reliability and consistency in numbers reported from municipal and state security officials.  A core element in Mexico’s police overhaul is the Plataforma México database, for example, which relies on information from around the country that is inherently weakened by its unreliability.  This weakness is aggravated by a lack of criminal justice training, internal cooperation, and objective analysis that stem in part from the other issues discussed below.

The strategic adaptation so critical in the match-up between criminal and state forces is particularly quick among organized crime and particularly slow among state agencies.  This contrast is apparent in many fronts; among the least documented is the growing collaboration among illegal groups.  Those involved in a diverse range of illicit activities – such as gambling, human trafficking, and deforestation – are learning how to share electronic networks like money laundering as well as physical networks of roads, homes, fields, and other infrastructure.  The number of Mexico’s illegal gambling businesses shot up from 100 to 800 in past decade, due, say officials, to the structure already set up by and for narco-traffickers.  In Honduras, officials mention nearly every major area of economic activity as being “infiltrated” or “controlled” by organized criminals.  They also acknowledge deep institutional penetration by narco-traffickers, ranging from control of key anti-drug agencies to practices like paying gang members to attend the police academy.  In contrast, intra-state coordination is hampered by more than the typical suspicions stemming from institutional turf defense.  It is also comes, and is especially damaging for the intricate set of policies against transnational crime, from the frequent changes in government, party controls, or ministers that almost always mean changes in policy; the vulnerability of state officials to exposure of links with organized crime; and the tendency to create new agencies out of policy failure, leading a growing number of anti-drug units to compete unproductively in countries like Honduras.

More institutionally, one of the most important developments in Latin American police reform is decentralization and re-centralization.  Since the transition to democracy, Latin American states have decentralized their police and other big state entities.  That approach makes particular sense for security, since sub-regional governments are better positioned to respond to local concerns and distinct conditions.  But those governments have been ill-prepared for their tasks, especially for the transnational crimes that spill across their borders.  Along with wide divergences in policing quality, that ineffectiveness has spurred re-centralization in countries like Venezuela and Mexico, as well as attempts to impose federal programs, as in Argentina and Brazil.  With sub-national autonomy steeped in de facto practice or constitutional protection, though, such centralization – even in the area of transnational crime, where it is most urgent and rational – is difficult, as this presentation will discuss in the cases of Mexico and Brazil.

A far more tangled, intractable and trait where police and organized crime not simply overlap, but strengthen each other, is informality: the large, ever-growing and constantly mutating grey area of security forces that straddle the legal and illegal worlds.  Vigilante groups, social cleansing squads, community policing, private security, and neighborhood patrols all flourish because of both the vacuums in and coverage by the law and state security.

The “brown spaces” of weak or non-existent state presence in large parts of Latin America is a useful basis for a spatial perspective of the state and organized crime, but should be revised to see organized crime networks at integrating into existing familial, media, landowning, extractive networks of many areas.  Illegal loggers in Central America have infiltrated community logging associations to such an extent that they are often selected as association directors, for example, forming an almost impenetrable circle of corrupt control with local police.  Lucrative opportunities such as the global arms trade and private policing in export-oriented agricultural zones (such as in the strategically key wetland coastal areas) provide both the police and organized crime additional and often cooperative penetration of both rural and urban areas with a weak state presence.

Many core principles of democratic governance and the rule of law are compromised in the fight against transnational crime – both in how the state confronts those organizations, and, perhaps more damagingly, in how the state confronts itself.  One principle battered in the process is transparency.  While transparency is almost invariably limited in all areas of security – the famed reductions in New York’s crime rate have since been tempered by revelations of statistics being inflated in neighborhood police stations, for example – in Latin America it is further weakened by the institutional and political power of police officials, the inelastic nature of security strategy, and the larger governmental imbalance of power in which legislative and judicial bodies are particularly weak in police oversight.

The same conditions affect the principle of accountability.  The significant progress by steadily more independent accountability agencies in the exposure and punishment of wrongdoing (the two dimensions of accountability used by Schedler, Diamond, Plattner, O’Donnell, and others) has, in the realm of security, not let to a long-term alterations in the practices and policies that led to them.  Such limits expose the weakness of the state and aggravate society’s sense of impunity (discussed below), in the meantime creating a convenient smokescreen for institutionalized corruption and abuse as agencies provide the form but not the substance of accountability procedures.

An area with among the most concrete and consistent reforms in Latin America is the criminal justice system. But that reform faces at least two uphill struggles: the first is to implement new codes amid financial, organizational, and political obstacles.  A second and larger struggle, certainly beyond the expected purview of judicial reform but certainly starting with it, is to overcome the greater sense among Latin American society of impunity: the well-founded and increasingly consensual belief that many sectors of society are beyond the reach of the law.  Two of those principal sectors are at the two ends of the criminal spectrum: suspects and detainees from society’s marginalized sectors who are seen to avoid punishment for the property, assault and other crimes that make crime the top concern in the region.  The other is the elite sliver of high-level narco-traffickers and their political accomplices who avoid the law’s reach through their positions.  In between are the multiple acts that are so pervasive they have become essentially invisible, from police officers bribed into cooperation with criminal networks (both voluntary and not) to businesses able to skirt state regulations (both intentionally and not).

In the law – as in technology and other areas – such weaknesses often fuel calls for more power, such as property seizure, conspiracy and racketeering authorities, as used in the U.S. against the mafia.  But without a better foundation of information, strategy, and coordination, such laws will be limited and ultimately counter-productive.  Such calls also reflect a common paradox in Latin American police reform: both success and failure in battling crime lead to demands for stronger and more policing.  Policymakers’ continuing ability to ignore such a contradiction is emblematic of their inability to embrace the true complexity of transnational crime policing.