Police Reform and Organized Crime Collaboration in Latin America Symbiosis between Peace Operations and Illicit Business in the Balkans: The Case of Bosnia 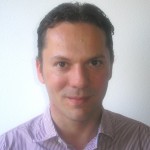 The existence of a strong link between international drug trafficking and extreme violence would seem, on the surface, to be an unarguable truth. Countries and regions that provide the main arteries for transporting narcotics are prone to extreme violence; organizations involved in the trade are criminal groups that require violence to defend themselves and their property in an economic sector without formal rules or arbitration; and the principle bulwarks against criminal violence, namely the police, the courts and civil society, are virtually without exception the main targets for these organizations’ co-option and intimidation. Denying any of the above would seem futile.

However, the patterns of causation and alignment that seemingly connect violence and narco-trafficking are far from being simply universal laws. A first complication, in this respect, is statistical: although law enforcement and judicial systems provide estimates of murders and violence caused by organized crime (e.g. in Colombia, Central America), as well as types of victim, the breakdown of violence attributed to different sorts of crime – whether transnational trafficking or local extortion, for example – is rarely made public, and may indeed be unknown.

Secondly, a broad global overview of countries on the main drug trafficking arteries, above all of heroin and cocaine, reveal extreme variations in violence linked to illicit markets. To simplify matters, a categorization can be devised around two main variables linked to the drugs trade: political violence (violence used in efforts to obtain and defend public power), and citizen insecurity (based on murder rates, for want of any better measure). For the sake of further simplicity, this categorization also omits from consideration the hybrid violence generated by armed insurgent groups operating in certain drug production zones, such as Afghanistan. On these bases, the following four categories can be delineated:

While acknowledging the imperfections in these distinctions – Nicaragua is still violent relative to West Europe, for instance, and its drug trafficking zones on the Atlantic Coast are growing markedly more insecure – the categorization broadly holds. It is a matter for conjecture and debate, however, whether countries affected by drug trafficking do not tend towards one of these categories. It is also worth adding that extremes of civil violence can arise in contexts where drug trafficking contributes only marginally to rates of insecurity: Karachi and Caracas are perhaps the best examples.

Thirdly, it is important to underline that organized crime depends for its operations on a certain level of social order and a public sector presence, in the same way that it is parasitic on established trading routes, licit financial markets and flows, and technological advances. Indeed, the institutionalization of criminalized governance – e.g. the Italian mafia, or Colombian post-paramilitary groups – would appear to go hand in hand with declining levels of violence, or more accurately, greater selectivity in the use of violence to promote economic goals and ensure the subjugation of local populations (a process aided by the quasi-legitimacy provided by handouts, patronage and mediation with the state). In other words, the entrenchment of drug trafficking in certain geographic zones such as northern Mexico, especially when accompanied by systemic corruption of the local state and security forces, might be expected to reduce violence.

Explaining the shifts in violence

These three caveats, namely statistical ignorance, varieties of violence, and the long-term embedding of criminal activity in governance, would indicate that a country’s enlistment in the transnational drug trade is no guarantee that bloodshed will rise, or that communities will be directly affected. However, the simultaneous ascent of the narcotics trade and extreme violence within a number of countries and regions, above all Mexico, Central America and Central Asia, appears to conform to a model of extremely close interdependence. In light of the counter-examples above and other exceptions, it is worthwhile trying to identify factors that serve to exacerbate the insecurity generated by illicit activities, or alternatively, to constrain it. Five of these factors stand out:

Drug-trafficking per se bears no direct relation to levels of criminal violence. In fact, the country that just over a decade ago was a key link in the European heroin trade, and which arguably now displays the clearest signs of weak and criminalized governance in Europe, Kosovo, has low rates for general crimes and for murder, as does all of the post-conflict Balkans. However, close analysis of countries where drug trafficking has become a major source of income and livelihood, as well as an illicit partner to security forces and the state, suggests there must be some sort of relationship between violence and transnational crime.

Importantly, it seems that the trends in global drug trafficking – towards smaller profit-driven networked organizations, towards clustering around key bottlenecks, and towards exploitation of weakly run countries with divided and fractured societies – will accentuate the disposition to violence of these groups. If the lines of causation described above are true, responding to these developments with a security clampdown while seeking to distance communities from illicit trade may serve to hasten the deterioration in citizen security rather than halt it.