Part 1: Thinking Twice about “Never Again”: What it takes to stop atrocities before they start, and how memorials can help Response to reviews of Getting Somalia Wrong? 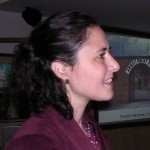 Part 2: Thinking Twice about “Never Again”: What it takes to stop atrocities before they start, and how memorials can help

GTMO has been an integral part of American politics and policy for more than a century.  Its foundation was laid in 1903, when the US exacted a lease with Cuba granting Cuba total sovereignty over the territory, but the US total jurisdiction – creating a “legal black hole” and laboratory for addressing unprecedented threats.  The unique qualities of the site – its legal ambiguity, political isolation and geographic proximity, and architectures of confinement – have been used and reused to detain people who fall between the boundaries of legal protections and political imperatives. Its detention infrastructure was laid long before 9-11:  for suspected enemy spies in the Cold War; for over 20,000 Haitian refugees subject to the first mass screening for HIV; for more than 30,000 Cuban rafters rescued at sea held while President Clinton renegotiated immigration laws.  Today, facilities for new uses are now being constructed. The 1903 lease with Cuba grants the US total jurisdiction over the bay until both countries agree to end the arrangement. For better or for worse, then, GTMO is open and available for any future administration to use – in the War on Terror or otherwise. How did we get here? What should happen next?

A few months after President Obama pledged to “close Guantánamo,” the Coalition convened an international work­ing group of historians, human rights advocates, military personnel, directors of Sites of Conscience, and others to discuss how and why to build a public memory of Guantánamo.  They included people working in transitional justice in South Africa, social movements in the US, peace building in Northern Ireland.  All shared direct experience or deep concern with Guantánamo, though they had different opinions of what happened and how the site should be used.  The energetic debates that began at that meeting and have continued since raise key issues for many human rights memorial projects.

Isn’t it too soon? Could “remembering” something that’s still unresolved suggest that its current problems are “history”?

As of this writing, over 170 prisoners remain at GTMO. Some participants wondered if we needed to wait to “remember” until the situation was resolved, passions had subsided and some consensus had emerged. Museums about slavery in the US or apartheid in South Africa emerged after those systems were eradicated. So encouraging people to “remember” Guantánamo could suggest that its issues and people are safely in the past, that the “case is closed.” This could erase the men and women of GTMO from public consciousness just at the moment when most attention to their unresolved fates and conditions is needed.

Others stressed that while GTMO’s use in the War on Terror is still raw and unfolding, the base has a much lon­ger history that could clarify and catalyze greater involvement in today’s challenges. Public discussion of Guantánamo has focused largely on the Bush era, implying that Guantánamo is a unique and exceptional product of one administration. Learn­ing how the last three administrations made significant use of GTMO – administrations of different parties and politics – could help people understand that GTMO will be used again soon and inspire them to become involved in shaping how. Sites of Conscience in other contexts have found that more distant histories can sometimes serve as safer starting points for dialogue on explosive issues.

The last decade at GTMO may be too raw for us to make sense of it now. But several participants argued that if in the future we are ever to heal the deep divisions it caused, we will need to start by looking together at material from the time. To prepare for this moment, we must now save the testimonies, documents, images, objects, and even buildings that will help us come to terms later with what may currently be too close.

Is a memory project the same as an investigation of past crimes?

In the US, congressional investigations into Bush administration counterterrorism practices have been proposed and defeated. In this context, a memory project is the only vehicle for confronting past abuses and questions of who was responsible. This gives a memory project both greater burdens and greater opportunities.  A memory project can gather and make public as much information about as many different types of people involved in GTMO as possible. In this way, it is like – and can contribute to – formal investigations and prosecutions. But unlike those mechanisms, its purpose is not to bring select individuals to justice. Instead, it examines a longer time period and a broader range of experiences, in order to uncover the deeper, underlying causes of what happened and what is unfolding for the future. A memory project will open a space between prosecution and impunity that involves a broader community in deeper questions of accountability over a longer period of time. The project can create an ongoing forum for truth-telling, dialogue and collective accountability that can support, but is outside of, legal actions.

If we look at what happened from multiple perspectives, do we lose sight of right and wrong?

Guantánamo has been shaped and experienced by a wide array of actors other than those detained there: military personnel, both navy and army, and their families; chap­lains; schoolteachers; Cuban exiles; Third Country National workers; lawyers; journalists; and others. Do these stories enhance our understanding of how the base functioned, pro­viding important perspective on the central questions we’re concerned with? Or do they dilute the central story of the detainees? Some feared that including multiple perspectives could lead to a morally relativistic narrative, in which every actor in the story was given equal ethical standing. Several participants argued that it was critical to tell the stories of a wide range of people on the base, even or especially those whose actions we would condemn, to help all of us understand why people may have acted in certain ways. But they also argued that humanizing a person was not the same as legitimizing their actions.

How can you tell the story of Guantánamo when there’s no consensus on what happened – and whether it was right or wrong?

Some participants wondered whether it was possible to create a narrative of Guantánamo’s history when there is so much disagreement about what happened. Others suggested that a single story need not be the goal of the project – especially not one about the period after 9-11. Instead, the project could create a space for ongoing exchange of stories and perspectives. But fostering dialogue doesn’t mean putting anything and everything up for debate. A memory project must be committed to rigorous, ongoing research that continually refines our understanding of what happened. Starting from this foundation, we can then debate what those facts and stories suggest to us, soliciting diverse responses to those facts and diverse perspectives on what lessons they communicate for the present and future.

Should the project’s goal be to advocate, or open debate?

Participants discussed how a memory project could support the work of advocates, while pursuing distinct goals in a different sphere. A memory project has unique approaches and assets to bring in new and diverse audiences to consider difficult questions together. Sites of Conscience do not prescribe specific courses of action. But they do encourage people to become politically engaged, by thinking critically about the past; exploring and understanding all sides of the issues that remain with us in the present; and getting involved in shaping those issues in a variety of ways – whether through voting, writing, volunteering with organizations working on the issue, or simply talking to family and friends.

Since this meeting, a collaborative of over a dozen universities, human rights organizations, archivists, working with diverse stakeholders – from refugees to military personnel to base workers – launched the Guantánamo Public Memory Project.  The Project is developing a traveling exhibit opening in New York City December 2012, story collection, curricula, public dialogues, and research resource.  I hope readers will participate in the debate through the blog or Facebook pages, participating in the public events that will be taking place in cities across the US, hosting the exhibit or your own events, or through the mobile civic engagement platform launching with the exhibit this December.

Liz Sevcenko was Founding Director of the International Coalition of Sites of Conscience and is now Director of the Guantánamo Public Memory Project. For further information about the Project or to become a Project Partner, contact guantanamo@columbia.edu