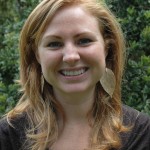 Memorialisation and memory of human rights abuses: a Kenyan example

The role of memorials is to remember. As symbolic interpretations of the past, they are sites where memories meet, merge, mismatch and mark relationships between past, present and future. Memorials give the past tangibility and they provide the symbolic space for both celebration, through triumphant monuments, and mourning, through embodying loss. As a result of this ability to commemorate loss and to officially, visually and publicly acknowledge and remember, memorials have become important tools in the transitional justice process of addressing past human rights abuses. While memorials cannot literally compensate victims, remembrance through the symbolic compensation they provide can offer important psychological benefits. Furthermore, the visual public recognition of suffering and loss can be a powerful mechanism for redressing past abuses and is often essential in efforts to achieve societal healing and reconciliation.

However, the memorialisation process is often complicated and, as with the memorials themselves, can be controversial and divisive. Memorials give history a sense of factuality. Yet it is always a version of history. Although their role is to remember the past, memorials can equally hide the past. As Paul Connerton notes, ‘… memorials permit only some things to be remembered and, by exclusion, cause others to be forgotten. Memorials conceal the past as much as they cause us to remember it.’[i]Such is the case with Nairobi’s Dedan Kimathi statue, for example, a monument commemorating Kenya’s Mau Mau rebellion. The legend of Kimathi has designated him the heroic figure of the rebellion and he has come to symbolise Mau Mau. The statue was the first official monument to the Mau Mau rebellion, a war that witnessed horrific torture, the detention of hundreds of thousands of Kenyans and the deaths of tens of thousands. Yet the chosen national memory of the rebellion is a celebratory one, paying tribute to the role of Mau Mau in the achievement of Kenya’s independence as personified through the figure of freedom fighter Kimathi. The statue conceals the true story of the rebellion, ignoring the numerous victims and human rights violations that took place during that time.

At the same time, examining the true story of the Mau Mau rebellion reveals the complications in its commemoration. Owen Dwyer and Derek Alderman argue that ‘Atrocity is a difficult commemorative topic because it requires identifying victims, perpetrators, and heroes. While these roles would appear to be clearly set, they can be defined in quite fluid and sometimes opposing ways.’[ii] The difficulties in redressing the atrocities of the Mau Mau rebellion become apparent with identifying all three. Human rights abuses were committed both against Mau Mau, by British officers and their African collaborators, and also by Mau Mau, against fellow Kenyans seen as ‘traitors’ to the Mau Mau cause. But while the Kimathi statue may conceal the past as much as it was constructed to remember it, it did create the symbolic space for public discussions and debates on commemoration in Kenya and on compensation to Mau Mau victims.

Yet there have also been questions as to the real motives behind the statue’s construction. The Mau Mau rebellion ended in 1960 and Kenya achieved its independence in 1963. Purportedly in the interests of national unity, the postcolonial policies of Kenya sought to forget the past and Mau Mau. It wasn’t until 2003 that the 1952 order banning Mau Mau was withdrawn as a result of a change in the country’s ruling political party. But it still wasn’t until 2007 that Kimathi’s statue was erected in Kenya’s capital. ‘The timing … is suspect,’ claimed an article in one of Kenya’s leading newspapers. ‘This being an election year, Kenyans are likely to ask, why now?’[iii] Through the virtue of being material sites of memory, the history that memorials express often comes to be taken as the legitimate version. In turn, memorials contribute to shaping the way people remember and understand the past and as such, memorialisation lends itself to allowing political elites to mould the past and to take ownership of it to serve their present interests.

Nevertheless, alongside such official national memory, as concretised through memorials, numerous sub-national memories are often maintained and transmitted on a more informal basis. So while official memory of Mau Mau was suppressed through decades of state-endorsed amnesia, published memoirs of former fighters and detainees of the rebellion allowed Mau Mau to stay alive in the public memory. In the wider African context, orality and performance play a large role in maintaining and transmitting sub-national memories. The key role of orality and performance as primary foci of memory in Africa is more recently being recognised in the design of memorials with the allocation of space for public interaction with the memorial. It was a significant consideration in the consultation process for establishing the African Union Human Rights Memorial in Addis Ababa, the discussions for which highlighted the importance of encouraging the provision of space for performance and narration within the design of the memorial.

While the need to remember, and especially to remember those affected by human rights abuses, is universally recognised, in Africa the role of memorials in such commemoration has at times been challenged as sidelining the need for more practical support for the living. Coming back to the example of Nairobi’s Kimathi statue, an editorial in another of Kenya’s leading newspapers emphasised that ‘Statues only fascinate the living, even as they perpetuate the memory of the dead’[iv], while others wondered ‘Why do we insist on honouring dead fighters while ignoring the plight of those still alive?’[v]

The memorialisation of human rights abuses can be a controversial and complicated process. The moral purpose of memorialisation can be marginalised completely when it is used as a tool by political elites. Furthermore, the required identification of victims, perpetrators and heroes is often problematic and the history commemorated selective. Nonetheless, the visual acknowledgement and remembrance that memorials provide can be a powerful tool in redressing past wrongdoing, and in validating and vindicating victims, their families and their communities. For example, while Nairobi’s Kimathi statue may conceal the past as much as it was constructed to remember it, Lotte Hughes has illustrated how it has helped to make space in the symbolic landscape for discussions and debates on the memory of Mau Mau and has highlighted how it has provided a platform for addressing numerous other human rights abuses that have taken place in colonial and postcolonial Kenya.[vi] In addition, the duty to remember and address the past is essential in helping ensure that future generations ‘Never Again’ repeat such violations, and the ability of memorials to preserve and communicate memory and history is invaluable in the process. Pierre Nora has argued that material sites of memory can become more about the production of history than the preservation of memory, distinguishing between the two where memory ‘remains in permanent evolution, open to the dialectic of remembering and forgetting’ while history is ‘the reconstruction, always problematic and incomplete, of what is no longer’.[vii] The construction of memorials may allow forgetting with the reliance on the memorial to do the memory work. Memorials can only fulfil their role if they have some meaning to society, allowing the transfer of memory through active processes of remembrance such as intended visits to, and engagement with, them.

2 Responses to Memorialisation and memory of human rights abuses: a Kenyan example