The vote is in: the 2012 Reinventing Peace Cartoon Competition Visualizing the arms trade 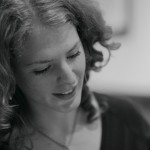 Reading the Human Security Report on a Friday afternoon, I am struck by the heading “Central and South Asia Is Currently the World’s Deadliest Region”. The statement is followed by graphs in all flavours (bar, line, stacked), illustrating this point. Bottom line: in 2009 (and in the three years preceding), by far the most deaths from battle occurred in Central and South East Asia. In other years of the new millennium, the regions ‘Middle East and North Africa’ and ‘Sub Saharan Africa’ have been vying for the dubious title of the world’s ‘deadliest region’.

Let me be clear first: every death from violence is one too many. There is real human suffering behind these numbers. Suffering I am not, and do not want to seem insensitive to. But reality is that numbers like this are clinically aggregated, graphed and put into the public arena, to be quoted and used.

So let’s ask a question that I generally find helpful when confronted with documents inundating you in graphs and numbers. What does it mean? What, if anything, should we do with the information that a particular region is now the world’s ‘deadliest’?

Although not all these quotes are equally likely to be used in reality, each one suggests that there is something new and important going on in whichever unfortunate region happens to be the world’s ‘deadliest’. Something that merits more attention from donors, more research, more coverage. The world, or at least the unfortunate region, is no longer as we know it. There has been a “radical change” (quote from the report).

On a superficial level, that must be true. The fact that Central Asia now houses the war in Afghanistan has undoubtedly changed the region for a long time to come. But should we go on the lookout for some deeper reason, some factor specific to Central and South Asia that makes it so susceptible to conflict? Should we conclude that the world’s conflicts behave according to different rules today?

I am not convinced. And here’s why.

Steven Pinker makes an interesting point about the statistical distribution of wars, in his book The better angels of our nature (although I do not necessarily buy into his overall premise that mankind has become more peaceful since… well…. the beginning of mankind). According to Pinker, we intuitively tend to think of things as normally distributed, whilst the deadliness of war follows a powerlaw distribution.

People’s heights for example, are normally distributed. Amongst other things, this means that an extreme value, say the chance of meeting someone over 6 ft. 12, is astronomically unlikely. If you were to stumble on some hitherto undiscovered village with numerous of people over 6 ft. 12, this almost cannot be coincidental. Intuitively, there must be something about this village that makes its people defy the normal ‘rules’ of height. So, if we see a region with numerous extremely deadly conflicts, we have a tendency to think: “this cannot be coincidence, there is something going on here”.

The number of battle deaths per conflict however, follows a powerlaw distribution. This means that extreme values (extremely deadly conflicts) are very, but not astronomically unlikely. So, if we see that some region houses a number of extremely deadly conflicts, it can be coincidence. This region does not need to be fundamentally different; it may still follow the same ‘rules’ as all the others.

The deadliest region in the world in the new millennium. Fundamental shift in the patterns of conflict? Or coincidence?

I decided to do a little experiment. Take the four regions in this world with the most conflict: North Africa and the Middle East, Sub Saharan Africa, Central and South Asia, and East and South East Asia and Oceania. Take all conflicts that have taken place in these regions from 2000 onwards. Imagine that you turn into some all-powerful being, create an alternative universe, and play dice with this universe by distributing all conflicts over the regions anew, completely at random. Compare your alternative universe to the real world. What are the odds that the deadliest region in reality is at least as deadly in your alternative universe?

Think about it: if the deadliest region in reality is truly exceptional, it would be extremely unlikely that you end up with a similar outcome when distributing conflicts completely at random. However, if some region is the world’s ‘deadliest region’ just by virtue of the way conflicts are distributed, (a lot of small conflicts and a small number of very large conflicts exist at any one time), it shouldn’t be so hard to end up with the same result at random.

The outcome of this experiment depends on which dataset you use. The Human Security Report uses two; one by the Uppsala Conflict Data Programme (UCDP) and one compiled by Bettany Lacina. According to the Lacina dataset, the Middle East and North Africa was the deadliest region in the nullities. If you randomly distribute the conflicts ten thousand times, the Middle East and North Africa has as many or more battle deaths than in reality in about 9% of the cases. Not extremely likely, but also not outrageously unlikely. When using the UCDP dataset, Sub Saharan Africa is the world’s most deadly region in the new millennium. But, chances that you come up with a similar or more extreme outcome at random are more than 20%. Not at all unlikely.

The “world’s deadliest region”. What does it mean? My sense is, not much.