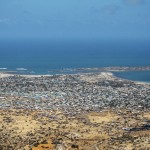 Somalia: from a small war to a long war

Somalia allegedly is at war since 1991, though armed violence started more than 10 years before. To a large extent, because of this duration, Somalia has been used as a case test for many paradigms of the post 1989 wars (“state collapse”, “resource war”, “greed and grievance” and “old/new wars”). Yet, it would be easy to show how those concepts did not succeed to catch the dynamics of the conflict and their deep roots in Somalia’s history. Reasons are many and one can quote a few that are remarkable. There is little thought on the regional dimensions of the conflict as well as on the timing of the crisis (two crucial dimensions for conflicts in the Horn). Second, those concepts say very little on the history of the state and its differential impacts on the social fabric of the country (for the sake of building a paradigm, war is reified as well as the society coping with it). Third, those so-called paradigms do not tell us how international politics reshaped the conflicts (and please, do not confuse the end of the cold war with the supremacy of globalisation) and its stakeholders over two decades, a point that is essential if one want to understand the emergence of a Jihadi movement in Somalia.

From March 2007 until now an African Union military mission, AMISOM, has been present in Somalia, actually only in Mogadishu up to late 2011, and today appears to be at a turning point after significant victories against the Jihadi movement, Harakat al-Shabaab al-Mujaheddin (hereby HSM). This presentation examines the way this AU operation was set up, its rationale and the various stakeholders beyond the African boots on the ground. To a large extent, the proposed analysis intends to prove that the AMISOM has been successful because of many coincidences beyond the strong – and often covert – military support provided by an American PSC/NGO, Bancroft; and its full involvement in the fighting at a time its sole target, HSM, was losing its popular support in Mogadishu.

Moreover, this success should be qualified in several regards. First, it took place only in cities and AMISOM has not shown any ability to conquest rural areas, a task it has left to the Somali army that proved reluctant to move to that direction. Second, AMISOM has increasingly to deal with its own internal limitations: it is only a military force therefore unable to carry out stabilisation tasks that are vital especially out of Mogadishu where no legitimate Somali authority fills the vacuum left by HSM defeat; with the integration of a Kenyan and Djiboutian contingents, internal coordination is getting more problematic as illustrated by the delays in taking over Kismaayo and the bitterness among contingents. Third, it is far from sure that AMISOM can do more than what it is currently doing. For instance, its decision to train and embed Somali troops within some of its units has positive and negative effects on the building of a Somali national army. AMISOM’s good relations with the Somali population is largely based on the fact that it is only a military force fighting HSM and is not supposed to police Somali militias and build Somali local administrations.

But AMISOM cannot be analysed in the mere Somali context. It also was shaped by a grand bargaining that involved the US, the EU, and the AU, each of those stakeholders willing to achieve parts of their own agenda. The USA promoted in Somalia a new kind of war that Donald Rumsfeld campaigned for and Obama achieved: drones and Special Forces are paramount to eliminate people the US Administration identifies as dangerous terrorists. But, this form of war needs more foot soldiers than Rumsfeld thought because of the international legal order and the need to justify targeted killings by the protection of a legitimate political order. That is why, the US administration has been keen to spend a good amount of money for a special kind of NGO that is training AMISOM and, from time to time, assisting it on the frontline.

The European Union as too often appears more an expert of the check-book than a full political actor. Its involvement has been mostly financial and crucially so but, except Italy, for years no other European state had had much interest in the Somali crisis, piracy being the exception that confirms the rule. Only over the last 5 years as illustrated by the February 2012 London Conference, this situation has changed because of the danger of home-grown terrorism. In a nutshell, the EU support to AMISOM is fundamentally rooted in building the new African Peace and Security Architecture. Now that Mali has become an international issue with more concrete stakes for the EU, one will be able to measure the interest in funding a further surge of AMISOM or the ECOWAS/AU operation in Mali…

For the African Union, stakes were different and evolved over years. Without entering in this summary into an analysis, one can quote the will to help Ethiopia after its poorly thought decision to intervene in December 2006 in Somalia, the automaticity of endorsing IGAD recommendations, the ability to build better AU military capabilities, the wish to develop AMISOM into a full-fledged intervention that would authorise a new reading of the UN Charter chapter 8. The main advantage, the AU got, was the commitment of two countries (Uganda and Burundi) that had to cope with specific military issues at home to contribute troops to AMISOM and be ready to accept a high number of casualties (today above 850) at the difference of all UN peace keeping operations.

While the US has made everything possible for Somalia not to appear in the headlines with negative comments, there should be no illusion that the crisis in Somalia is not over and that HSM is far from being strategically weakened. US diplomats and many pundits still assess the conflict using its previous form and therefore with outdated parameters. For more than a year now, it is clear that HSM has been trying to reshape its political and military apparatus to take into account the likely loss of main cities and a significant reduction of the profits provided by the protection economy it built so efficiently after 2007. Divided politically, weakened militarily, HSM is betting on time with some good reasons. Its formal association with al-Qâ’idah gives it a good life insurance as organisation; AQAP, Boko Haram and AQIM successes (whatever links exist between those organisations) make its own agenda less desperate despite the current defeats; AMISOM and the various Somali authorities have to cope with new challenges and few pundits believe that all will be able to deliver in a decent manner; HSM is no more a Somalia centred organisation and sooner or later will be able to make that point clear either in Kenya, or Uganda or Tanzania.

The civil war in Somalia has gone through different phases and what has been taking shape after July 2011 (but first visible in March 2011) may be summed up by saying that while from 2007 to 2011 the war between HSM and AMISOM was to define the winner among two state building projects, the conflict today is more about making sure that peace won’t prevail or, to say it otherwise, that AMISOM and its allies may win all battles but still lose the war.

Roland Marchal is a senior research fellow at CNRS, based at the CERI/Sciences Po Paris.

One Response to Somalia: from a small war to a long war